Activision and Sledgehammer Games have lifted the lid off Call of Duty: WWII with an exhilarating unveiling. We now have our first pre-order details about the game ahead of its November 3 release.

Last month, images surfaced from what was perceived to be the game’s box art and marketing material. It all turned out to be real, with Activision confirming that Call of Duty: WWII is Sledgehammer’s 2017 entry. 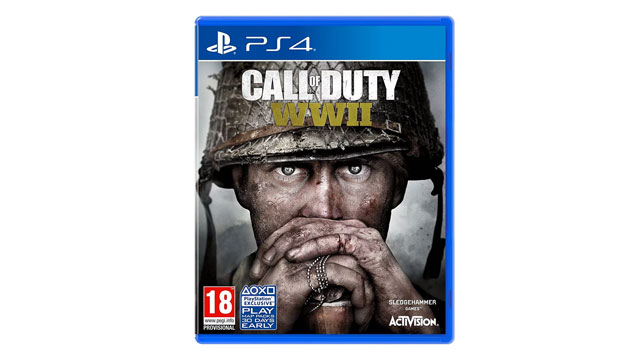 The studio calls it its biggest ever game. It may also be the biggest test yet for a studio that is part and parcel of the hectic, action-packed, jet-pack riding shenanigans that have come to define modern day Call of Duty games.

That Sledgehammer is guiding the franchise “back to its roots” is equally as intriguing as it is exciting.

With release still many months away, Call of Duty fans have turned their attention to pre-order offerings for the game, which are now available for purchase.

Online retailer Amazon accidentally listed the game’s pre-order page before promptly taking it down a few days before the reveal. The listing revealed that Call of Duty: WWII‘s DLC will indeed be coming to PlayStation 4 first, with Xbox One and PC gamers having to wait 30 days to test out the new map packs.

We can now also confirm that all PS4 and Xbox One pre-orders will be granted access to the Private Beta.

Sony has had timed exclusivity on map packs dating back to Call of Duty: Ghosts in 2013. Despite having teamed up with Microsoft and Xbox last generation, Activision has granted PlayStation gamers early access all generation.
Here are the base pre-order bundles now available for pre-order: