Xbox Scorpio: When to expect a price, release date, and name

Microsoft went to extraordinary lengths earlier this month to unveil the specs for its upcoming “enhanced” Xbox One, codenamed Scorpio, but there are still many lingering questions.

Importantly, gamers are clamouring for information on the console’s launch price, release date, and official name (as much as we like Scorpio … ). 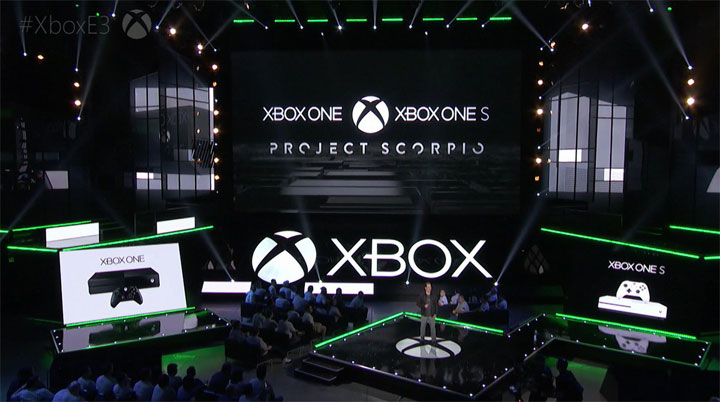 There’s plenty of conjecture about the console’s potential pricing, and it looks destined for a late-November/early-December release, with Microsoft saying a late 2017 release was on the cards.

E3 2017 stands to be Microsoft’s best opportunity to showcase the console in all of its glory, and it absolutely has to make the most of the June gaming extravaganza.

Interestingly, Microsoft won’t hold a Scorpio-only event ahead of E3, and will instead use its pre-E3 media briefing as the opportunity to unveil the console. Xbox head, Phil Spencer, confirmed as much in a blog post.

It’s at this moment that we can expect to see the final design, name, price, and release date.

The briefing takes place on Sunday, June 11 at 2pm PDT, which is Monday, June 12 at 7am AEST for those south of the equator.

That moment will be Microsoft’s time to shine, and lift the curtain off what is expected to be the most powerful gaming console on the market, trumping the PS4 Pro by a significant margin.

The console appears to have hit the 6 teraflops benchmark set by Microsoft during the console’s unveiling, and has also delivered on native 4K gaming.

E3 will also be the platform for Microsoft to show off its portfolio of upcoming exclusives after what has been a bumpy start to 2017.

Crackdown 3 could be one of those games. It was first revealed at E3 2014 via an exciting albeit shallow CGI trailer.

The game was last shown to press at gamescom 2015, where this author managed to see a hands-off demo of the game’s destructive capabilities.

Since then, however, we’ve seen nothing. In June of last year, Xbox’s Aaron Greenberg said the game would be released “at the right time”, pointing to a 2017 launch.

Earlier this month, the official Crackdown Twitter account dropped the bombshell every Crackdown diehard has been waiting almost three years to hear: big news is on the horizon.

“2017 is shaping up to be great! Crackdown 3 info is on the horizon, and we’re ready to bring the boom,” the account tweeted.

With E3 2017 around the corner and Xbox fans clamouring for more exclusives, Crackdown 3 could stand to be the perfect system seller for Scorpio’s launch at the end of 2017.