Overwatch League could be as lucrative as WWE, bigger than Major League Soccer

Overwatch stands to be the dominant force in eSports if all the right pieces fall into place, according to a report from research firm Morgan Stanley.

The Overwatch League, Blizzard’s official city-based eSports league the company hopes will revolutionise the sport, is expected to start in mid-to-late 2017 with a shortened “test” season, before a full season begins in 2018.

It stands to be the definitive eSports league: permanent teams, no relegation, player salaries, and incentives. It’s been called a “pro sports league” for eSports, and it may just help propel pro gaming into the mainstream arena (if it isn’t already there).

Morgan Stanley (via Dotesports.com) believes the Overwatch League is likely to generate around $100 million in revenue in the early years, but there’s the potential for it to generate more than $700 million per year in revenue.

That would be the absolute best case scenario for the league, and it would need to see substantial growth to reach the figure.

For one, it would need to double the amount of teams from 16 to 32.

There would also be increased weight put on viewership and monetisation. That shouldn’t be an issue considering Activision Blizzard’s stake in Major League Gaming, a network the company believes can become the “ESPN of eSports”.

If the Overwatch League were to hit multiple home runs in those areas, its revenue would put it on par with the WWE, and above that of Major League Soccer, North America’s premier football league.

As it stands, Morgan Stanley says the league is currently valued at $100 million. The firm says most of that money — roughly $32 million — will come from content licensing and advertising, which obviously hinges on the success of the MLG network.

Another $30 million will likely come through event sponsorship, with merchandise and ticket sales making up the remaining 27 percent and 13 percent, respectively.

Morgan Stanley says Blizzard must feed into the growing eSports obsession, and an active Overwatch community that claims 25 million registered users, of which roughly 17 million are active monthly users.

The base $100 million figure is based on expected viewership figures of 72,000 for regular season events, and 7.7 million for the playoffs. Looking at Overwatch‘s committed and highly engaged community, the league appears destined to blast past those expectations.

Blizzard would nead 75,000 average users during the season and 12 million average during the playoffs to reach the $720 million bull case, while also hitting minimum benchmarks for monetisation across advertising, sponsorship, ticket sales and merchandise sales.

The league is expected to kick off in July, with some teams in lucrative markets such as Los Angeles expected to cost as much as $15 million. 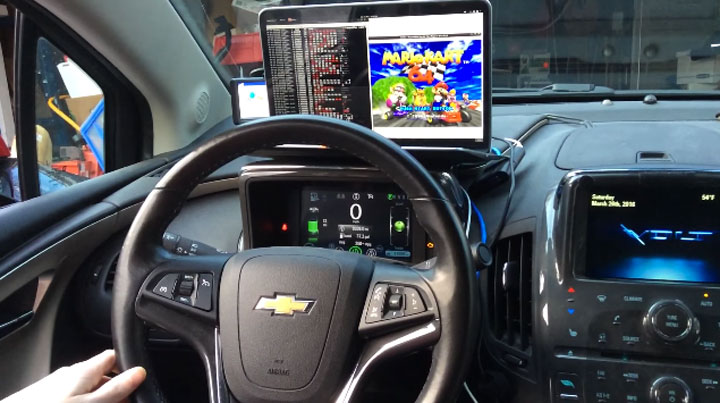 ← Previous
Mario Kart 64 played using a real Chevy as a controller, thanks to Raspberry Pi