More than a decade on from the release of a fairly mediocre video game adaptation, the Reservoir Dogs are trying their hands at the medium once again. 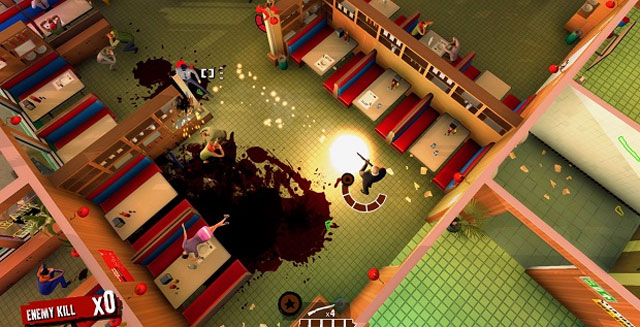 The release will coincide with the 25th anniversary of the film that arguably kickstarted Tarantino’s career.

Reservoir Dogs: Bloody Days will come to Steam first later this year, with an Xbox One version expected after the US Spring.

The reveal trailer below shows an isometric design reminiscent of Hotline: Miami and the highly controversial Hatred. 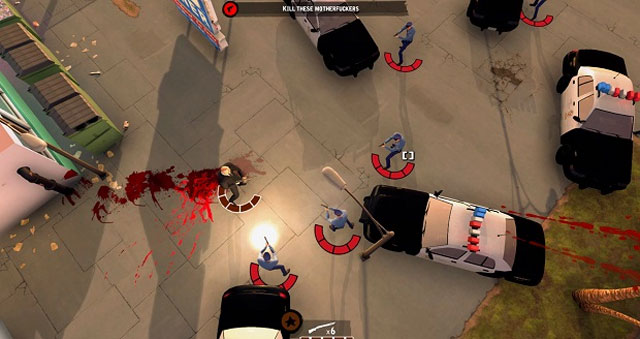 “As huge fans of Reservoir Dogs, we’re very focused on creating a highly addictive experience that stays true to the tense, dramatic vibe of this unforgettable movie,” said Big Star Games CEO, Liam Patton. “By taking control of different characters for overlapping bursts of time, players must utilize the strengths of each squad member to carry out the game’s missions, with every move and shot creating a butterfly effect on the overall outcome.”

The game is being described as a “score attack” game, suggesting you’ll need to rush through levels and attempt to kill as many enemies as possible.

What makes it super interesting is a unique rewind system, in which you’ll theoretically control three characters at once. 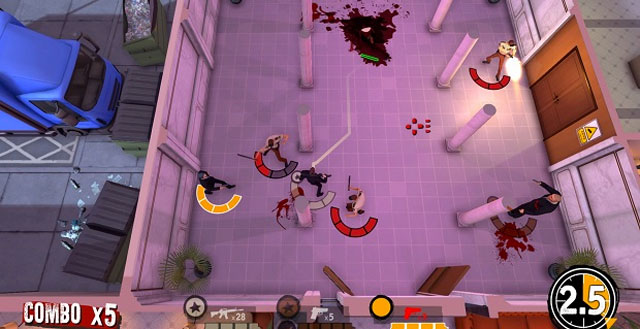 It works like this: you’ll have three characters live on one level. At one moment, you’ll control one of them using twin-stick mechanics, and attempt to clear a room as efficiently as possible. Once you do that, you switch to the next character, at which point the game will rewind to before the actions of the initially controlled character, who will clear the room just as you did.

The game tracks and then automatically replays your actions when you move to the next character, sort of like a ‘ghost’ replay that we see in racing games. 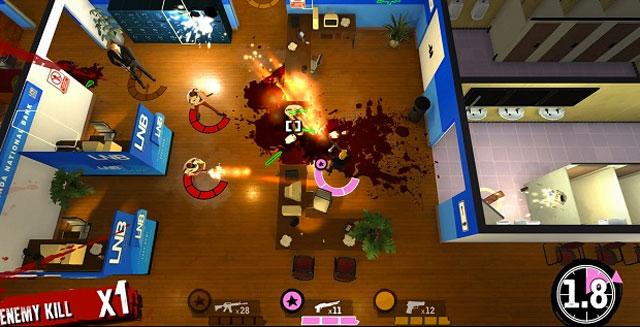 It sounds pretty damn great, and it could turn to be a system that future genre offerings and perhaps even a third Hotline: Miami game could embrace.

Check out the trailer for Reservoir Dogs: Bloody Days below.