Overwatch Play Of The Game 2.0 could add saving feature for highlights

Overwatch‘s Play Of The Game is part of what makes the experience so much fun. That it’s still so imperfect and could do with an upgrade goes to show how high quality a game Overwatch is to begin with.

Back in November, Blizzard revealed plans to improve the feature.

“We are tweaking it regularly, but not massively revamping it,” lead hero designer, Geoff Goodman, said at the time.

There’s a plan to do what we’re calling Play of the Game 2.0,” he said. “It’s been on the books for a little while. It’s just a matter of prioritizing everything. We have a lot of really cool ideas. We want to do a lot with the camera work. We have ideas for cooperative Play of the Games. Because what we have right now, is Zarya could ult, and then Genji gets the credit. And that’s like, ‘Come on!’”

Goodman said the aim was to highlight the combo play itself, but that there were some “tricky things there”, such as working on the POTG intros, and deciding which players actually get credit.

One of the most requested improvements for the feature is the ability to save POTG highlights.

This can be done easily on Xbox One and PlayStation 4 with share functions, and on PC with a host of different capture software, but fans are crying out for an in-game record feature that allows clips to be saved in-game.

The downside with the current system is that highlights only exist for as long as the session is active: start playing a different game or close your Overwatch session, and the highlights are lost forever. 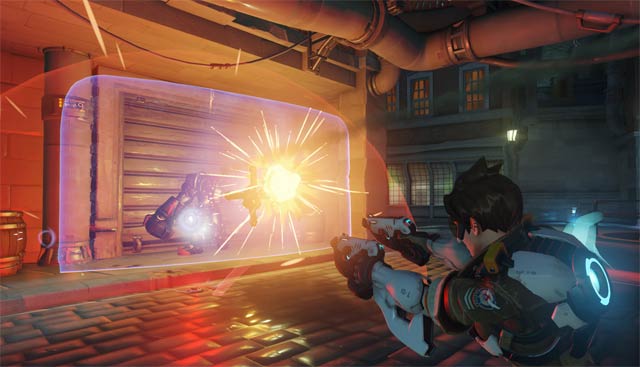 An Overwatch fan reached out to Blizzard about the conundrum, and it seems as though such a feature could come alongside the theorised Play Of The Game 2.0.

“We’ve made significant progress on this feature,” Jeff Kaplan, Overwatch director, said. “We’re still working on it. We don’t have an ETA yet.”

This subtle but important change could make Overwatch slightly more watchable and shareable. I think we’ve all been in that position where we’ve forgotten to save an epic POTG, and it’s disappeared from our Highlights package. An easier ability to save highlights from within the game would (in my opinion) get rid of this issue.

Next →
Xbox boss confident of more exclusives in 2017 than 2016
Click here to cancel reply.