Razer generally does a pretty good job of ramping up the masses every year at CES with innovative new PC prototypes, and 2017 is no exception.

The tech company has grown beyond its humble beginnings as a keyboard and mouse manufacturer, shifting its focus in an ever-evolving lure of the lucrative PC gaming audience.

Its newest invention is Project Valerie, and it’s equal parts insane as it is impressive.

What separates this gaming laptop for pretty much every other PC entry from Razer is that it celebrates bulkiness, glowing in a design of world-first technology.

Its 17-inch display looks impressive enough, but it’s complimented by two additional side screens, making for a three-screen gaming experience once limited to desktop PC gaming. 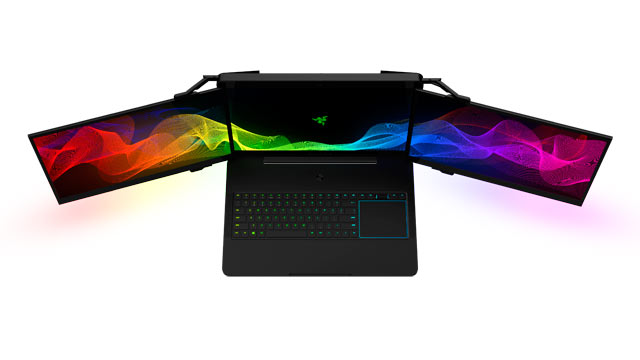 These two extra screens pop out in an illusive mechanism of simplicity, snapping into place in only a matter of seconds.

Powered by an Nvidia GeForce GTX 1080 graphics card, Project Valerie sits at the very top of the gaming benchmark.

The three displays that define its uniqueness rely on Nvidia g-sync technology, which Razer says will allow the screen refresh rate to match it with the graphics hardware. 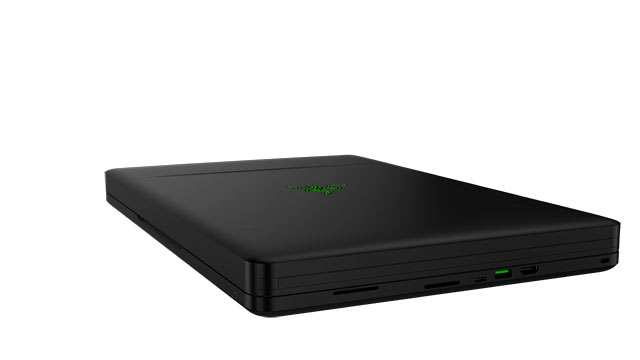 “The complexities of a traditional multi-monitor setup are a thing of the past with Project Valerie,” said Razer co-founder and CEO Min-Liang Tan. “Equally important, the power of a desktop computer and graphics capabilities of three top-end monitors are included in the system. There is no shortcoming in the way of performance in the face of its amazing portability and features.”

Project Valerie enters the fold as Razer’s second notebook to take advantage of the Ultra-Low-Profile Mechanical switches. Each of these switches feature true actuation and reset points, with key presses registered with 65 grams of force. 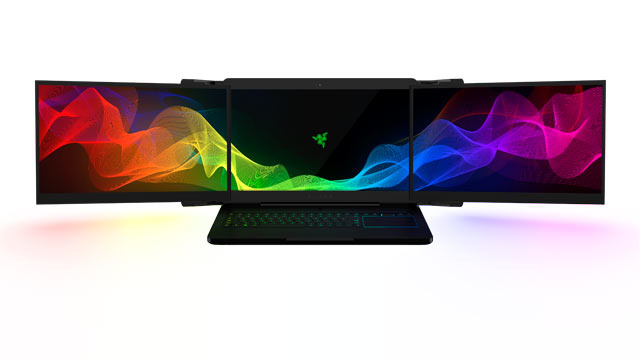 The aim, according to Razer, is to mimic the feel and responsiveness of full-sized mechanical keyboards.

Razer Chroma powers the keyboard, tracker and extended monitors, unlocking what Razer says is an “endless array of dazzling lighting effects that can be customised by the user or synced to in-game events.” 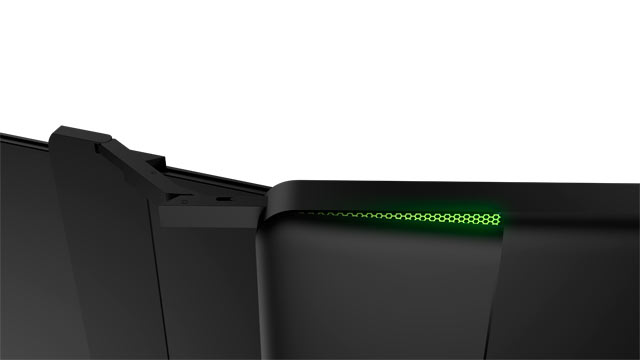 “Multi-monitor desktop set-ups are becoming more necessary for professionals, creators, and gamers,” said Min-Liang Tan, Razer co-founder and CEO. “For the first time, we’ve engineered a solution that users can take with them. Project Valerie promises all of the functionality of three screens and none of the hassle.”

Factoring in that the singe-screened 2016 Razer Blade Pro serves as Valerie’s base, pricing could be beyond $4,500 USD once it becomes available to consumers. 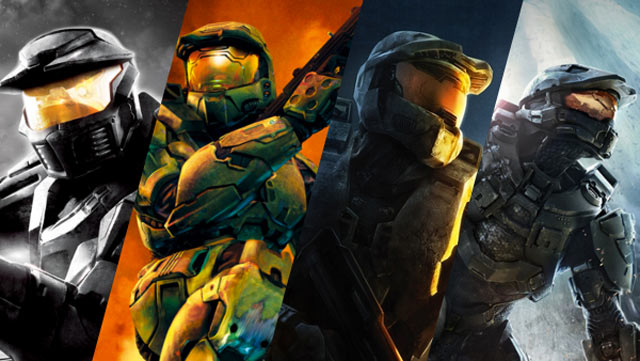 ← Previous
Halo: The Master Chief Collection had one of the worst launches ever, but it's not quite dead yet 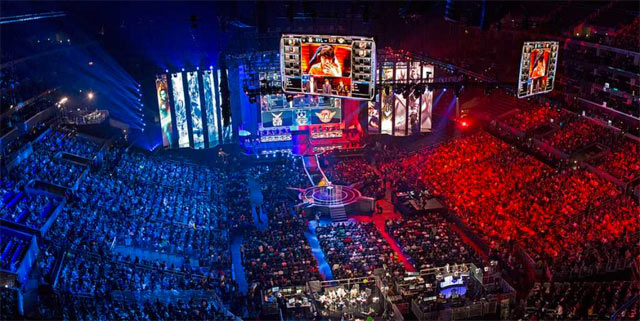 Next →
The 10 most awkward, cringeworthy moments in eSports history
Click here to cancel reply.