Battlefield 1 is set to get a huge title update today.

The patch notes have been leaked online, and reveal a number of huge changes coming by way of a new map, weapon and gameplay balancing, and some graphical and functionality improvements.

A new map titled “Giant’s Shadow” will be based upon the Battle Of The Selle. It is known as a battle between Allied forces and the German Army, fought during what is known as The Last Hundred Days of World War I.

The map is available from today for all premium DLC package subscribers, as well as for those that pre-ordered Battlefield 1 ahead of release. It will be available for everyone else from December 20.

The update also introduces a new spectator mode, which will allow observers to toggle between first-person and third-person camera perspective while watching combat.

DICE says it relied on user and community feedback so as to improve the usability and flow when changing from player-to-play and while switching between modes.

The introduction of the feature is to service content creators who stand to utilise third-person camera, depth of field, and camera filters.

Perhaps one of the more unique additions in the update is the ability to set a new custom setting in which all players can equip standard issue riles, or SIR.

This options has been added so as to create an experience that is unique to World War I and its trenches, so that each player uses the same weapon without additional attachments and optics. 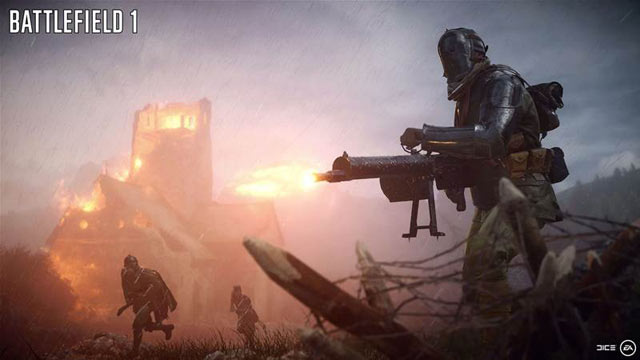 “As a clear WW1 fantasy, we hope that SIR scratches an itch for our board and diverse player base,” DICE said. It hasn’t included the feature in the base game, as it may lead to an unbalanced experience.

DICE has made several fixes and tweaks to the controls and input handling for soldiers, hoping that these fixes will ensure a higher response level for players.

This means that they have fixed the inability to sprint out of crouch and prone, as well as fixing issues with toggle zoom.

Aim Assist has also seen some tweaks, now requiring the player to be actively giving aim input in order to get aim assistance.

Previously, it was possible to get help on a target when simply strafing past them, which was unintentional.

The update will include some additional logic that hopes to address spawning issues for the Tanker, Pilot of Cavalry soldier without your mount.

There have been some major tweaks and changes to Battlefield 1‘s weapons.

Firstly the shotgun balance has been addressed, with the goal to even out the advantages and disadvantages of each shotgun type. 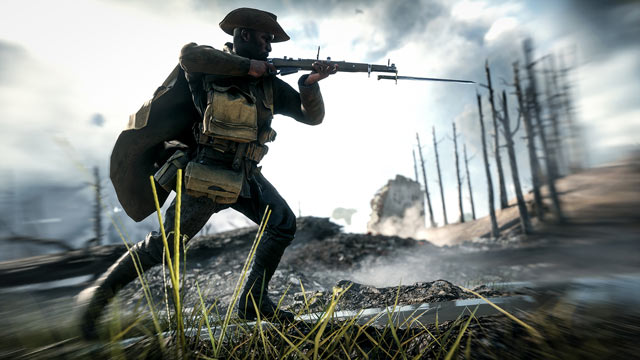 Some shotguns were unintentionally strong at certain distances, such as the Model 10-A Hunter and Factory.

These could kill a full health target at long range for a shot gun, and to prevent this, DICE, reduced the range for the buckshot variants of the M97 Trench Gun, Moden 10-A and Sawed Off Shotgun, which reduces the maximum one-hit kill distance.

DICE tweaked how much inaccuracy you get when firing an LMG while aimed, as the Optical configurations previously had an advantage over the rest unless a bipod was used.

The second shot is now the same for all variants of one LMG, while also slightly above the level previously help by the Optical setups.

There are many, many other big changes coming to Battlefield 1, so check out the full patch notes here.

← Previous
There's no doubt about it: Super Mario Run is going to take the world by storm

Next →
Nintendo prototyped a Minecraft-like game on the N64: 'It's something we should have made'
Click here to cancel reply.

Yay...PS4Pro mode is back for multiplayer.