Grand Theft Auto V has never looked so good: ‘The most realistic GTA V graphics mod currently out there’

It’s no secret that the Grand Theft Auto modding community is among gaming’s most prolific and revered.

As far back as Grand Theft Auto 3, there’s always been an active and innovative community of crafty modders that aim to improve — and evolve — the GTA experience. 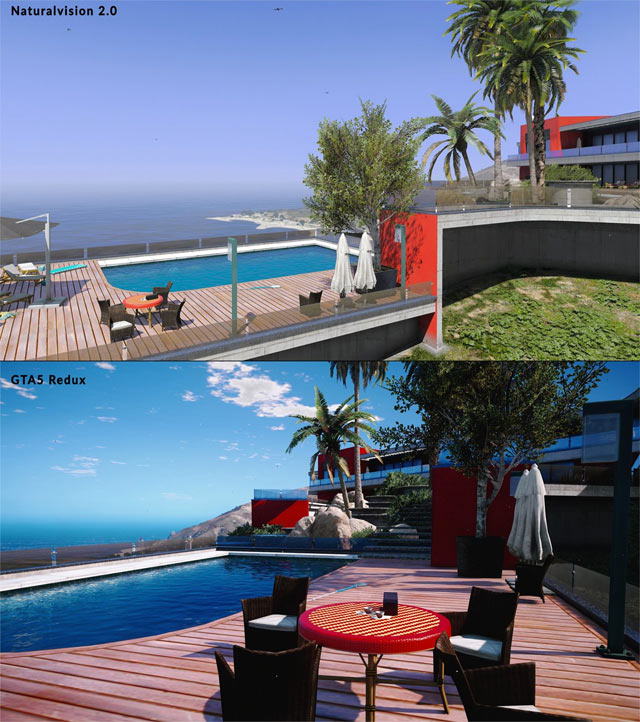 Perhaps the most impressive mod to ever come to a GTA game was that of NaturalVision, which, as the title suggests, aimed to bring the game’s visual quality up to “natural” photorealism.

It kept GTA IV in the news much longer than the game perhaps deserved, particularly after the launch of Red Dead Redemption and the hype of GTA V leading into its 2013 release.

The modding community remained active, however, and the NaturalVision mod has now made the transition to GTA V, with similarly mind-blowing effects.

Modder “Razed” had brought a new graphic mod to the world of GTA V, and it brings Rockstar’s acclaimed open-world game as close to photorealism as possible.

Razed claims to have spent 400 hours of work on the mod, combining the environmental and graphical mods ReShade, ENB, VisualSettings and TimeCycle along with the VisualV mod to inspire towards a specular visual improvement.

“Version 2.0 is a complete overhaul of the entire NaturalVision mod and was built on top of the VisualV timecycle,” Razed said. “In my opinion, it is by far the most realistic looking GTAV graphics mod currently out there. There were a lot of changes made and you will notice this as you play. The overall color and lighting in v2.0 is very accurate to Los Angeles in real life.”

Check out the trailer for the mod below, and then download it from here. You’ll need VisualV in order to get the mod working, and you can download that from here.