This year has proven to be an incredible year for fans of the stock-standard FPS. While gamers appear to be falling out of love with the likes of Call Of Duty and Titanfall, the quality and value on offer is still as strong as ever. Commercially, first-person shooters account for almost a quarter of all video game sales, which is unsurprising considering how saturated the market is.

That said, 2016 has had its fair share of surprise packets, even in the name of multiplayer-only shooters like Overwatch. Not that anyone was surprised that Blizzard’s juggernaut would be as good — and popular — as it is, but that online-centric nature tended to be a bit of a no-go zone for gamers looking for value, depth, and at least some sort of single-player campaign when it came to their shooters. With the year coming to a close and all the biggest and best shooters now released, let’s take a look at the best first-person shooters to hit the scene throughout the year.

Do you agree or disagree with our list? Vote in our Community Poll.

There’s just something about this year’s CoD. Sure, it infamously became one of the most disliked trailers in YouTube history, and the Call Of Duty popularity wave appeared to have officially waned. But upon release, many a gamer was surprised at just how all-round solid the game was, even if its multiplayer needs some minor tweaks and fixes, post-launch. The campaign for one is probably the best Call Of Duty campaign since the Modern Warfare era, managing to introduce storytelling techniques and a non-linear mission structure not before seen in a CoD game. Does Infinite Warfare herald the beginning of a new era for Infinity Ward? Maybe.

It doesn’t come close to the studio’s best. Yet as an all-round package judged on its own accord, a fan of the genre really couldn’t go wrong with Infinite Warfare. On top of the extremely solid campaign is a fantastic zombies mode, and its multiplayer component has its moments, even if it does rely too heavily upon the franchise’s modern infatuation for fast-paced, jetpack-boosting, parkour shenanigans.

We’re probably due for a more grounded, boots-on-the-ground style Call Of Duty, and while we may not get it with next year’s Sledgehammer Games entry, Infinite Warfare epitomises both the best and worst of the franchise; its uncanny ability to entertain, exhilarate and thrill, and its inability to innovate and change when the fans are most demanding of it. It may not set any new standards or propel the franchise to new heights, but it’s the same polished, deep game we’ve come to expect from Activision’s beast.

If you actually took the plunge on the pricier version of Infinite Warfare, you’d have landed two of the year’s best shooters in one package. Some of its weapons are overpowered. Some of its perks stink. Some of its maps are just cluttered messes of fractured buildings and sniper paradises. Evidently, this was a game made to be imperfect. But Modern Warfare is still flawed in the same way it was in 2007, and it’s a reflection of the impurity of battle that makes it an ageless classic, leaving its modern counterparts floating in space without a cause.

Therein lies the issue of the modern Call Of Duty: it’s easy to forget and hard to love. Modern Warfare, on the other hand, is an ageless classic.

Superhot is a unique take on the genre, combining a clever, minimalistic design with great storytelling techniques, intimidating puzzle and level design, and tight shooter fundamentals.  This soulful shooter is perhaps the most innovative entry in the genre in years. The good ol’ bullet time gameplay mechanic is not new to the FPS genre, but Superhot utilises it in a way to fundamentally change how each environment is approached. Its short campaign length is probably the only major downfall, although the broader package offers unbelievable value through the likes of challengers and difficulty modifiers.

Perhaps most impressive about Superhot is how simplistic it is while managing to be similarly complex. Few games take risks quite like Superhot does, and its staunch focus and tight gameplay make it one of the year’s best.

The critics are universal: Killing Floor 2 is a great multiplayer game. Its primary issue is that it’s light on modes: two primary modes, around 12 maps and not much else to do stands to make it feel repetitive for anyone outside the hardcore fanbase. However, there’s no questioning just how superb the game’s gameplay fundamentals are. Killing Floor 2 is unwavering in how dedicated it is to its base experience, acknowledging that it lacks much in the way of feature depth, and instead opts to focus on what it does best, and that’s unbridled insanity.

It’s an incredibly polished and fun game to play, bringing back all of the violence and fun of the original in the same old frantic design that so many gamers came to love it for. If you’re tossing up whether to invest in a game as potentially shallow as Killing Floor 2, it actually stands as a better, more refined and polished version of Call Of Duty zombies. So, if you’re buying that franchise’s entry just for the zombies mode, Killing Floor 2 is definitely your go-to for wave-based shooters this year.

Shadow Warrior 2, is, quite simply, a crazy shooter. It truly is a superb example of the old-school shooter, blending great level design, looting, customisation and straight-up hardcore arsenal with really balanced, tight gameplay. Its stylistic combat really helps it stand out amongst the crowd, and its visuals are perhaps among the most impressive in the genre this past year. It’s silly and self-deprecating, which makes it all the more fun to play.

Its endlessly enjoyable blend of action, RPG elements and shooting has been crafted rather superbly by developer Flying Wild Hog, and while some of the game’s level design veers towards repetitiveness the further into the experience you get, Shadow Warrior 2 never really becomes boring. Overall, you’re looking at the definitive sequel: more action, more guns, more enemies.

Big, stronger and bolder, Shadow Warrior 2 is a must play.

Mankind Divided is a lot of things, and calling it exclusively a “first-person shooter” would be a gross misrepresentation of the experience. It’s a blend of deep RPG elements, exploration, stealth and action, and the FPS elements find a way in only if the player decides to go down that path. It combines elements of all of these genres with delicate precision, and once you do break out into the game’s shooting elements and combine them with the seemingly endless number of augmentations and combat options, it all makes for a satisfying and deep experience.

A solid sequel to Deus Ex: Human Revolution, Eidos Montreal’s sci-fi epic is a worthy addition on this list, if not because its shooting and customisation options are so balanced and refined, then because the all-round package is simply too good to ignore.

Titanfall 2 is perhaps the most under-appreciated game on this list. Gamers and critics alike seemed to love it, but no one appears to have bought it. The servers are nearing deserted on console, which is a shame because this is one of the best games of the year. Developer Respawn has really hit that comfort zone with this sequel to the 2014 entry, but EA’s naive attempt to saturate the market with shooters ended up hitting it on the backside.

A nice balance of modes, solid customisation and progression, great maps design, and just a great all-round multiplayer experience make Titanfall 2 a worthwhile addition to this list’s top 5. Even the game’s free DLC structure must be applauded, with the great offerings of the first game coming by way of free-to-play releases over the next few months. Here’s hoping more people are playing it, however, because this is a game that deserves a committed community. It knows exactly what it wants to be, and feels at home with its balancing act between Pilot and Titan. It’s just a shame that it’s had to compete against the genre’s juggernauts, just as it seemed like it could establish itself as one of the industry’s big new franchises.

Battlefield 1 is perhaps the most well-rounded shooter of the year. In terms of value, you really can’t look past what Battlefield 1 offers: the best campaign in the franchise’s history, fantastic new multiplayer modes with the likes of Operations, and an expectedly balanced and tight online experience that, for perhaps the first time in Battlefield history, launched without any major server or connectivity hiccups.

Perhaps most impressive about Battlefield 1‘s quality — and chart dominance — is that it returned to a relatively unknown era in WWI, and managed to reignite gamer interest in historical battles. It may be a sign of things to come as the genre obsesses over fast-past, wall-running action. Battlefield 1 keeps the boots on the ground in a superb celebration of shooter basics, offering a well-rounded team-based shooter that encourages and celebrates team play.

As for its campaign, Battlefield 1 breaks down the linear storytelling techniques of its predecessors, and instead invites players to play through a number of different tales set across the globe during the conflict. While some work better than others, it’s in Battlefield 1‘s ability to marry emotion and character development with basic shooter gameplay, something other entries in the series have long struggled to do, that makes the game great.

DOOM turned out to be one of the surprise packets of the year. Bethesda and id Software for whatever reason kept a lot of DOOM‘s single-player campaign under wraps until only a few days before release, which led to concerns the game wasn’t going to be very good. Thankfully for DOOM diehards, the end result is a brutal, scary and deep campaign, an experience that arguably over-shadowed the heavily publicised multiplayer offering.

That multiplayer component wasn’t quite as good as people expected it to be, but it was still tightly in-tune with what we’ve come to expect from a DOOM online experience. Perhaps the best thing about DOOM is that, much like recent Wolfenstein games, it relies on classic shooter elements to reward and punish the player.

Somehow, id Software managed to pull off one of the year’s biggest surprises, providing gamers with a truly distressing campaign and story. We shouldn’t have expected any less from DOOM, and Bethesda probably couldn’t have hoped for a better reboot.

Where does one start with Overwatch? Blizzard’s juggernaut, played by 20 million players and rising, is the year’s best FPS, and perhaps the best multiplayer shooter in years. And it’s only going to get bigger. Its place in the esports world has only just begun, while Blizzard is continually changing the way players play and engage with the title. The sheer diversity of its character roster and the ways in which essentially any player can adapt to how the game is played shows just how fantastic a game Overwatch is.

Endlessly addictive, superbly balanced, not to mention inviting, fun and challenging, Overwatch may just have been the boost of energy the genre needed in the multiplayer space. On top of that, it’s just a hard game to fault, with so much depth, value and reward hidden beneath what seems like a shallow core. That’s ultimately what makes it our best first-person shooter of 2016. 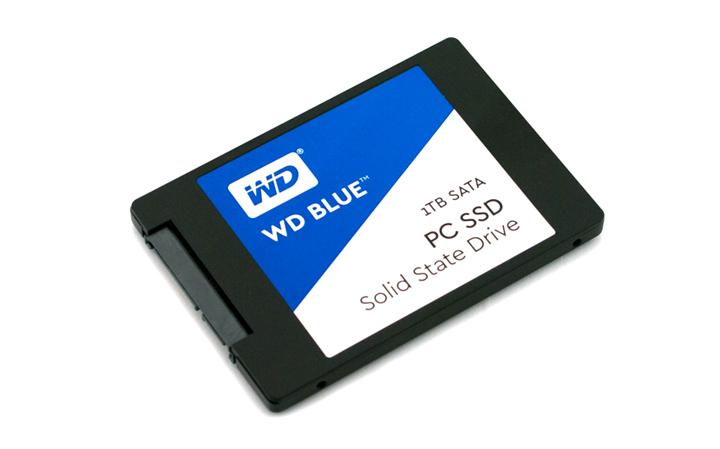 ← Previous
SSD vs HDD: Is it worth buying a 1TB SSD now?

Next →
FIFA 17 has a big weekend planned
Click here to cancel reply.

[…] arguably the best shooter of the year — be sure to vote in our poll for best FPS of 2016 — and as such has proven a huge commercial success for EA, having outsold Battlefield […]