The 9 worst types of Battlefield 1 player

Battlefield 1 is finally out in the wild, and if you haven’t yet invested in DICE’s blockbuster, best you get out and do it because it’s one of the best games of the year.  The game takes the franchise to new heights, offering arguably the best campaign in the series as well as refreshing multiplayer that breaks away from the futuristic outings that currently plague the genre.

I’ve spent quite a bit of time with the game since before launch, having now clocked more than 24 hours in the multiplayer. Safe to say I’m enjoying it … a lot. Now, I don’t proclaim to be the best Battlefield player going around — quite the opposite — but I have found a comfort zone that allows me to best enjoy the game as I know DICE intended players to.

Unfortunately, the experience is sometimes hampered by players who just play for themselves, or don’t quite understand and grasp the concepts of certain mechanics, features and classes. Battlefield 1 can be a punishing game if you don’t play it the right way, and that punishment tends to hit hard for the rest of the player’s team.

So what sort of player do you not want to be out in the midst of the chaos? Here’s my list of the 9 worst types of Battlefield 1 player.

1. The Medic that doesn’t medic

The role of the Medic is simple: heal your teammates and provide them with health packs. This doesn’t need to be your primary goal throughout the match, but it should be right near the top. Try to think of how a medic would have acted during an actual battle: during heated exchanges of fire with the enemy, they’d have stayed to the ground, providing medical assistance to fallen comrades. You’ll notice the skull symbol above fallen teammates, and these players can be resurrected using the Medical Syringe gadget.

Not only does healing teammates, providing medical packs and resurrecting teammates help boost your point score and XP, you’re also helping your team out … a lot. When a player is shot down, they’ll have a little ticker in the bottom left corner that lists nearby medics. These players depend on you to get over to them and resurrect them. The amount of times I’ve seen Medics completely ignore fallen teammates, ignore calls for health, and only heal themselves is incredibly frustrating.

So if you’re a medic: PLAY YOUR ROLE. During heated exchanges, make sure your focus is the health of your teammates. And always place down med pouches while capturing objectives as a precaution. 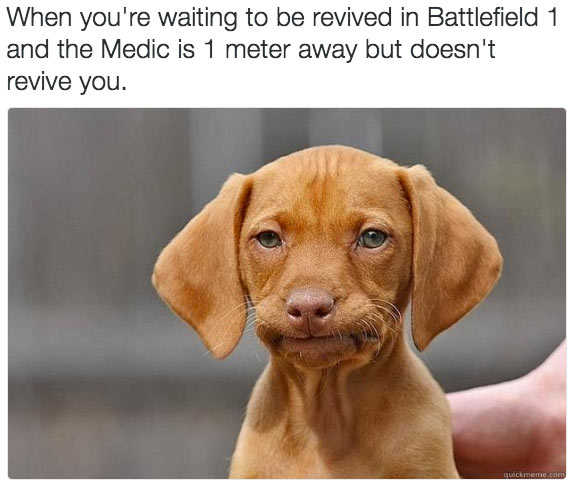 2. The Support that doesn’t support

Support I feel is a bit of a redundant class in Battlefield 1, as there are other means of finding ammunition and restocking. However, they are still incredibly useful, particularly while you’re held up behind cover and in heated battle. The primary role of Support is to restock friendlies, and provide aggressive covering fire. Pending you’re actually sticking within your squad (I’ll touch on this later), you should be looking to provide covering fire while teammates rush objectives. Not only will you earn suppressive fire points for additional kills made by your teammates, but your actions will go a long way to improve the success of your team.

Unfortunately, all too often I feel the Support class is being underutilised by squads, and then when someone does choose the class, they often don’t play it as intended. If you choose support, you should be constantly looking for players with a “Request Ammo” marker above their head, and constantly dropping ammo crates around objectives. Further to this, you shouldn’t necessarily be running hard towards objectives or player on the frontline. Think of your role of support like this:

If you’re not providing firing support for your team, then you should be delivering ammunition and stock to them throughout the battlefield. If you’re not, then, well, you’re not playing your role.

3. The Scout that doesn’t scout

Just as with the above two, the role of the Scout is to support the more aggressive players (preferably Assault) while rushing objectives and covering large, open spaces of a map. The Scout should move in a squad, but at a distance, overlooking spaces ahead of the squad and around objectives while they’re capturing a point. Unfortunately, I often see Scouts lone-wolf it, and simply not provide the necessary support to their team. They are not only squatting with their weapon, but should also be trying to find ways to mark enemies so that their teammates know where the enemy is attacking from.

4. The squad with 4 Assaults and no Medic

Squad balance is everything. You need at least one Medic and one Support. There’s no doubt about that. A Scout is ideal as well, but if you play effectively as a team and have each others backs, you could probably survive without one. That doesn’t mean you stack the squad with four Assaults: it’s far too heavy handed, and it doesn’t provide the necessary support and balance to be an effective squad. If you enter a game late and notice that your team is stacked with Assault — or any class, really — then choose an alternative that you think will best benefit your team and squad. For more insight into classes, check out our classes tips and loadout guide.

While in a Squad, your team leader can mark objectives by giving orders. On console this can be done by holding down RB/R1 and then navigating to the orders tab on the wheel, before selecting an objective. By marking an objective captured by an enemy, you’re directing your teammates to this point. Even if you or someone in your squad doesn’t capture the objective, you’ll earn 100 XP for having completed an order. You can also mark captured points, in which case you’ll earn 200 points for defending the area for a certain period of time.

Occasionally, you’ll end up in a team with a leader that doesn’t give orders. In this case, you have a few options available:

Giving orders and marking objectives is key to boosting your XP and levelling up quickly, so make sure your squad is utilising this feature! I always spam the request option until the leader orders the squad.

6. The Assault player that dudebros through the battlefield

Battlefield is not Call Of Duty, so don’t play it like Call Of Duty. A squad should flow through the battlefield like a flock of birds: moving from objective to objective, defending, squatting and supporting one another. Assault players tend to pack the heaviest arsenal, particularly when it comes to taking down armoured vehicles. This makes them a pivotal piece of the squad and team, and so they need to be active and on the frontline as much as possible. Seeing an Assault class player running around like a chicken without its head can be a frustrating sight. The Assault class isn’t aiming for kills.

This class is the most popular class for obvious reasons. It’s also the only class that has the capacity to take out large vehicles like tanks and armoured trains. If you choose to play as the Assault class, take note of these tips to ensure you play it as intended:

7. The players that snatch the plane classes without knowing how to control the plane

I’m guilty of this myself, but I did it once, failed, and never did it again. I know that you need to try it to learn, and you’ll never know if you don’t try, but leave the planes to the more experienced Battlefield players. Over time you’ll come to know how to control one. If you must, create a private match and learn that way. Otherwise, leave the planes to the pilots.

8. The Conquest player that doesn’t care about objectives

This goes for just about every shooter with an objective-based mode, and really factors in the above points related to class. Players sometimes choose a class and utilise its features to benefit themselves, and strut around the map or camp looking for kills. Doing that can be beneficial for your team, especially if you’re constantly pushing back the enemy from capturing or defending an objective. But if you’re not playing Conquest specifically to win as a team and are looking exclusively for kills and to earn some medals, then you’re killing it for the rest of your squad.

9. The squad that doesn’t play as a squad

Players that even bother to select a squad in the lobby, only to completely ignore their squad and spawn at random locations on the map, aren’t doing themselves any favours. The Battlefield 1 experience is really a tale of two games: the game where you play as a squad and dominate the opposition, and the game where no one plays as a team and you get absolutely annihilated. If you’re in a squad: STICK TO THAT SQUAD. Spawn on them, support them, stick to them, and move through the battlefield with them. There’s nothing I hate more than waiting to spawn and seeing my squadmates on two opposite ends of the map.

What are some frustrating things you see players in Battlefield 1 do? Tell us in the comments below! 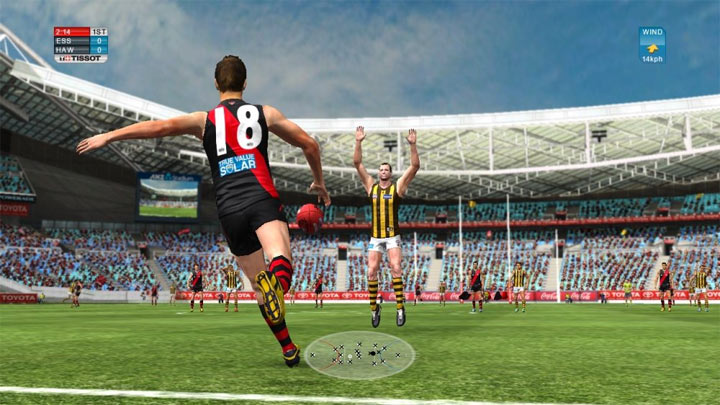 ← Previous
A new AFL game is on the way: AFL Evolution ousted by Classification Board