Battlefield 1 multiplayer tips: How to boost your XP and be an asset to your team

Battlefield 1 is set to launch on Xbox One, PlayStation 4 and PC, and brings with it the best campaign in a shooter this year. Its multiplayer is also pretty great, so if you’re hellbent on buying only one shooter this year to feed your competitive cravings, make sure it’s Battlefield 1.

If you’re new to the franchise or the genre in general, the Battlefield 1 multiplayer experience can be a little bit intimidating. Unlike the likes of Call Of Duty and even Overwatch, the Battlefield series focuses on realism and large-scale warfare. That means that only a few shots will put you down, and running out into an open area will almost certainly see you taken down by a skilled sniper. The gameplay is incredibly varied across multiple classes, and the large offensives means that team communication and structure are imperative to ensure you succeed (and score lots of XP in the process!).

The key to the Battlefield 1 experience is helping your team: unlike other shooters, it’s very possible to lead from the front and be a match’s highest scorer without netting a single kill. That requires a special sort of skill, but if you do, you’ll earn bragging rights as a true Battlefield team player. Of course such a scenario is incredibly difficult to execute, and as such a good balance between assault, objective-based gameplay and defense will help you level up quickly and help your team at the same time.

Let’s take a look at some tips to help you rise through the ranks and become a true asset to your team.

I am certain that you have heard this a million times before, but it’s never been truer for a game like Battlefield. Nothing annoys teams more than seeing players on losing teams with 50 kills and less points than someone with 5 kills. What that means is that this particular player wasn’t playing the objective and was simply farming for kills. While kills can be helpful in assisting your team capture an objective, unless the kills are of attacking or defending enemies, they’re pointless.

Camping around a capture point is fine, so long as you’re actively hunting down and killing enemies. It also helps that you’re within a squad that is also defending the point, as being alone will make it incredibly tough for your to defend. By “playing the objective”, you stand to earn far more XP and points, as well as guiding your team to victory (which grants additional XP).

Here some basics you need to know:

If you exclusively want to play for kills, then Team Deathmatch is the mode for your. Modes like Conquest and Rush, however, reward team player and objective focus, so you need to find a way to balance your skillset next to the expectations and requirements of your team.

This was mentioned above but it’s a point that really needs to hit home. Unless you’re playing Team Deathmatch (and who buys Battlefield to play TDM?) then your kill:death ration is pointless and of no real interest to other players. If you focus on the objective, play in a squad (more on squads later) and help your team, you stand to score big per minute and earn huge amounts of XP. If someone gives you crap about you fly girl/ratio, just point to your score-per-minute and win:loss ration, which, if you play as a team and hit the objectives, should both be above average and quite high.

As I write this, my K:D ratio is hovering around 0.7 but my score-per-minute is close to 700 and rising. My win:loss ratio is above 60% as well, also rising. As I get better and find more people to play with, these will rise, and as they do, I stand to earn more XP, which will only help me become a better player, faster.

You simply can’t play Battlefield 1 as a lone wolf, and anyone that says you can is either lying to you or greatly overestimating your skillset. When you first start a match, you’ll be able to select squads. Sometimes you’ll be automatically assigned as squad leader, but you can always move between squads with empty slots. Squads are important, because they’re harder to kill, and if they’re well-balanced across the classes they can lead to some really consistent streams of XP boosts and victories.

It can’t be stressed enough how important Squads are. Objective-based modes are team-based, broken down into mini squads that can really break open a game if they play efficiently.

While in a Squad, your team leader can mark objectives by giving orders. On console this can be done by holding down RB/R1 and the navigating to the orders tab on the wheel, before selecting an objective. By marking an objective captured by an enemy, you’re directing your teammates to this point. Even if you or someone in your squad doesn’t capture the objective, you’ll earn 100 XP for having completed an order. You can also mark captured points, in which case you’ll earn 200 points for defending the area for a certain period of time.

Occasionally, you’ll end up in a team with a leader that doesn’t give orders. In this case, you have a few options available:

Giving orders and marking objectives is key to boosting your XP and levelling up quickly, so make sure your squad is utilising this feature!

If you’re joining a squad that has more than two Assault class players, demand that someone switches over to Medic, Support or Scout. In a squad of five, you probably want at least one Medic and one Scout: the Medic provides health boosts and resurrections during battle, while the Scout is fantastic as a spotter, particularly on larger maps with multiple vantage points. The Scout is really the only class that is justified in breaking away from the squad, but they should still be moving in the same direction, just simply covering the area in which players are capturing or defending.

The Support class is important but not a necessity as it’s become rather redundant: there are supply crates scattered around maps in order to stock up on ammo and the like. However, they can be useful, particularly when sticking to one area to defend.

If you’re going to choose a specific role, make sure you understand how that role needs to be played. By utilising each feature of each class, you’ll be able earn huge amounts of XP and really help guide your team towards victory.

The Assault class is the most popular class for obvious reasons. It’s also the only class that has the capacity to take out large vehicles like tanks and armoured trains. If you choose to play as the Assault class, take note of these tips to ensure you play it as intended:

The Medic class is incredibly important to your Squad. Don’t choose this class just to heal yourself, as you’re missing out on lucrative XP, and also not really helping out your team. Hurt squadmates will request bandages, which offer quick healing. You can also drop down med kits (which offer full healing), as well as resurrect fallen teammates. Choose an automatic rifle for this position with a modest rate of fire and low recoil, as you’ll often find yourself stuck in fire behind the Assault class. However, with no explosives and the like to counter aggressive enemy fire, you need a strong primary weapon.

The Support class is useful in restocking teammates during heated battle. Be sure to keep to the ground when restocking enemies, and do so frequently while capturing points and in the heat of battle.

The Scout class is grossly underutilized. It’s an incredibly important asset to any squad. The Scout player should always keep a distance from the squad, and watch over them as a squater from a distance. This is particularly useful during capturing and defending points. This class can also mark enemies for teammates, which can make it easier to see where enemies are while capturing and defending. If a teammate kills a marked enemy, you’ll net some extra XP.

Challenges are probably the easiest way to quickly level up in Battlefield 1. They change weekly and also offer a good opportunity to test out your skills in other areas you may not have otherwise bothered with. For example, one challenge currently active has you aiming for 20 kills as the Support class. That’s easy XP that can be earned over one or two Conquest matches.

Stay tuned for more Battlefield 1 tips and guides in the coming days! 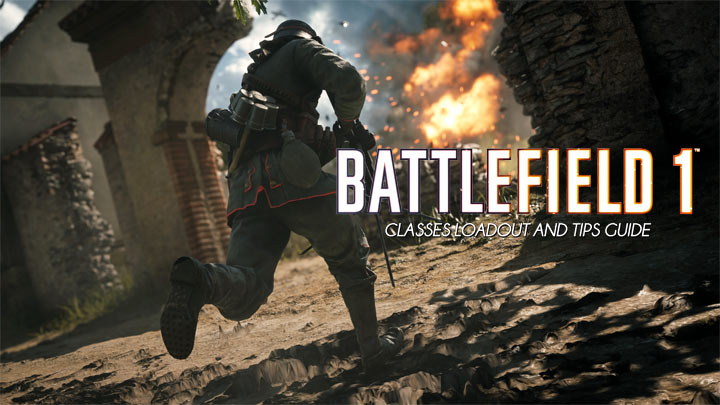 Next →
Battlefield 1 classes guide: Tips on how to best utilise every class
Click here to cancel reply.

Here are some links to websites that we link to due to the fact we consider they're worth visiting.

One of our visitors lately advised the following website.