Anyone that knows me knows that I avoid politics as much as possible, because it turns good people bad, and ends up pitting people against each other. I’m your standard, “I don’t want to talk about politics” guy that ends up talking about politics after five beers. That’s why I hate politics: it’s my topic of choice when I’m at my worst.

I’ve kinda-sorta been paying attention to the US election, but all I can gather from it is that Donald Trump is all sorts of crazy and certainly isn’t fit to be President, while Hillary Clinton is … well … kind of the same. It’s your “choose the lesser of two evils” scenario and I’m glad I’m not voting in that one.

One thing I know for sure about this election, however, is that it’s been all sorts of crazy, and this latest campaign to come out of the US is just insanity at peak levels.

An advertising campaign by a Super PAC (basically a group that isn’t bound by electoral laws and can raise funds and campaign any which way it wants) has painted Donald Trump as a bad Overwatch player. And not the “noob” kind of player. The “bad team player who abuses everyone when they’re really the problem” kind of player.

The Nuisance Committee, which was founded by the makers of Cards Against Humanity, launched the scathing campaign against Trump, using Overwatch to get their message across. There are billboards being plastered across the country, including this one at the University of Central Florida (via Alex Jebailey): 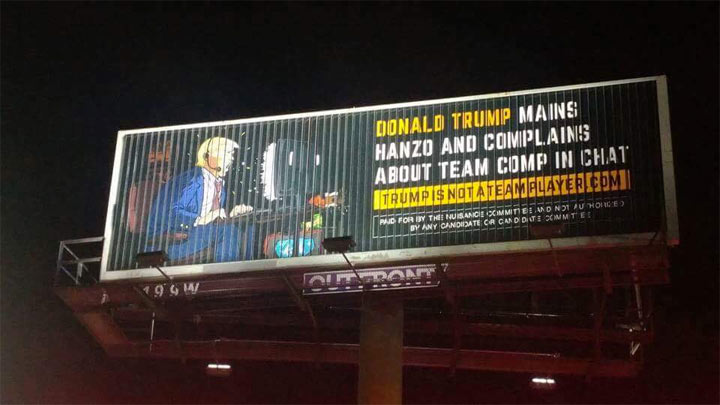 “Donald Trump is a Hanzo main and complains about team comp in chat,” the billboard reads. We all know that player.

There’s also a website called “Trump Is Not A Team Player”, which translates his criticisms about the media, electoral fraud and not paying tax into Overwatch terminology.

Regardless of your political persuasion, it’s a pretty glorious campaign. 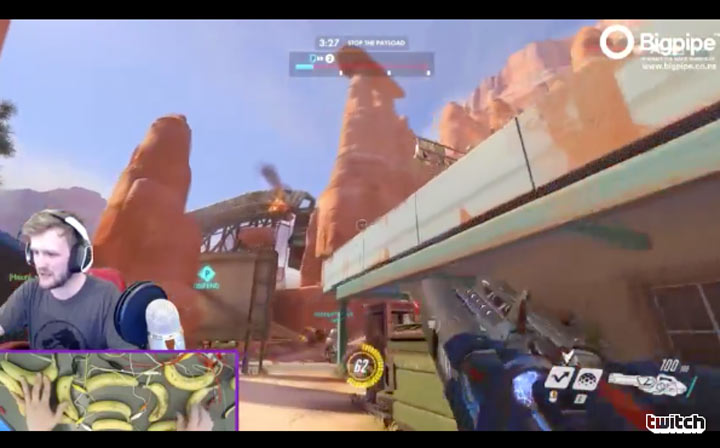