Microsoft’s Xbox One has come a long way since its disastrous 2013 launch. While Sony and its PS4 were hyping up crowds with some cheeky console-war mudslinging, Microsoft was clamouring to do away with what many thought was to be the death of the Xbox One: a strangely anti-gamer stance.

Enter Phil Spencer, the current head of Xbox who has completely changed the fortunes of the console. It may have taken a while, and consumers may have still swayed towards PS4, but the Xbox One is now just as appealing a home console, having made a comeback many thought was impossible from such a long way behind.

Spencer and his team have done this by expanding the games library — and making it about games — and by simply giving the audience what it wants: an ever-evolving and constant stream of high quality gaming experiences.

It’s a far cry from the Xbox One we knew at launch. Forced online connectivity and a mandatory Kinect in every box — which drove up the price — made the console unappealing to those looking for an affordable gaming upgrade. The Xbox One didn’t quite feel like a “gaming” console in the same way as the PS4, and it suffered because of that.

The Xbox One of 2016 is almost a completely different console to the one we saw in 2013. The Xbox One S is a nice new addition to the family, while Xbox Scorpio, due for release in late 2017, is set to upgrade the console in what Microsoft calls a “new way to play”.

One man that drove a lot of the console war rhetoric in 2013 was former PlayStation President and CEO, Jack Tretton. Ever the industry celebrity, Tretton’s E3 briefings were great to watch, as he knew exactly how to get the crowd worked up.

While his time in the role led to many a cheeky throwaway at Microsoft and Xbox One, he sees a thriving competitor as integral to the stability of the industry.

“I think the great thing about that February 2013 announcement, it got a lot of the blocking and tackling out of the place so that you could just focus on strategy and how you’re going to market with E3,” Tretton told IGN of the PlayStation 4’s reveal. “E3 2013 went swimmingly well, I think Microsoft’s challenges in how they positioned the box were well documented, but…The thing that I’ve always believed is that it’s very difficult for one platform to carry a generation and you need healthy business.”

Tretton says that the Xbox One’s recovery is “good for gamers” and the industry, and that it was “probably even good for Sony” that both platforms were innovating.

“It’ll be interesting to see what Nintendo’s new foray into the market does, but you know, ultimately if you don’t deliver a lot of choices and a lot of innovations gamers will find something else to do with their time,” he said.

My Year 12 business teacher always told us that competition is the key to success. Your storefront was better off being placed directly next to a competitor than by itself, because people value your products in different ways: if your competitor is beating you in one way, then you need to find a way to either better it or reestablish a new identity that creates an element of differentiation, which is a bit like how Nintendo approaches home consoles. 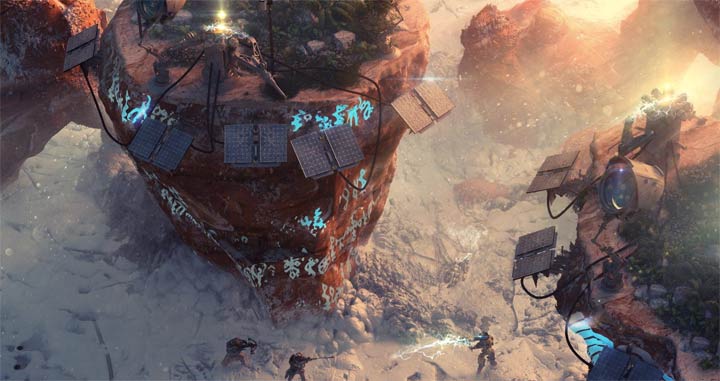