There are a lot of changes and big new additions coming to FIFA 17. An active new intelligence system hopes to change the way AI-controlled players respond to ball placement and space, while the physicality of the contest has been rejigged and refined, completely changing the way players approach aerial battles.

The biggest — and certainly most publicised — addition is that of the game’s new story mode, The Journey. Following in the footsteps of NBA 2K and NBA Live, FIFA 17 hopes to feed into the football fan’s dream of making it into the big league.

It’s an “ABOUT DAMN TIME!” moment for FIFA fans the world over. Team-based managerial modes never quite manage to capture the individualistic sense of progression and reward that rags-to-riches tales can. And this year’s game really does seem like the perfect time to introduce such an experience, with Konami’s PES franchise breathing down FIFA‘s neck after a brilliant PES 2016 entry.

I’ve always been a big fan of modes like The Journey, because they offer the perfect way of realising (or coming close to realising) the satisfaction of “making it” big in the real world. Games have always been an escape, trying compete for realism and immersion: it’s a balancing act that keeps us grounded in the real world, away from the fantastical landscapes of our favourite games. Sports games that trek the narrative path, however, feed into real dreams, and for those of us that were good but never good enough to make it beyond the minor leagues, it’s as close to the real thing as we’re going to get. It’s fun, in a tragic, “What could have been!” kind of way.

That’s ultimately what makes a good story mode for a sports game: the ability to balance reward and consequence next to the realistic expectations of having made it as a pro. NBA 2K does that really well, and I hope FIFA 17 can, too.

I played The Journey briefly at gamescom 2016, and I dig how melodramatic and utterly ridiculous the whole thing is. If you’re a football tragic that dreams of having made it into the Premier League, chances are you’re going to appreciate the story’s madness. That’s because football is, at it’s best, utterly insane. Let’s not beat around the bush here. Unfortunately, my time playing The Journey didn’t give me too much of an insight into to just how influential game performance was on your player’s own progression in the story. FIFA 17 producer Nick Channon tells me that the “core” story will be the same for everyone, but that how you actually reach important narrative milestones will be different from player to player. In essence, you could be dropped from your club, which could completely change the dynamics and pacing of the story being told.

“We wanted to make sure that it was very much about what happened on the pitch, and that this was reflective in the story as well,” Channon told me. This is music to my ears: similar modes in other sports games, namely last year’s NBA 2K16, remove a lot of the power away from the player’s in-game performance, and instead force the players down linear plot lines. The end result was me hating a character I had created, because he was completely at odds with the character I was trying to build (NOTE: Channon didn’t bring up NBA 2K16 or any other game for that matter during our interview: I’m merely using it as a means to compare story modes in sport games).

“We wanted to ensure that it wasn’t just a story and gameplay and a parallel like that. We wanted to make sure it was intertwined in a way where your performance drove the story,” Channon said.

It was fascinating talking to someone from the FIFA team about something other than technical changes or AI improvements (as important as they are, and we did talk about those things, so stay tuned for my full interview). It’s clear that The Journey plays an important part in reigniting the FIFA franchise as a new mode, one that forces responsibility upon the player in a way not yet offered in a FIFA game.

Channon did call me up when I mentioned this, however: the introduction of The Journey has nothing to do with where FIFA is at as a franchise (or, rather, where I personally perceive it to be). According to Channon, the timing of its introduction has everything to do with the Frostbite game engine.

“Fundamentally we wouldn’t have been able to have The Journey without [Frostbite],” Channon told me. I pressed him on why that was the case, because I couldn’t quite understand why a story-based mode would be so challenging for a team with so much experience.  “We didn’t have the toolset to do a narrative story, to create a story as well as make it. Frostbite’s been used to make stories for quite a long time, so it’s allowed us to do that.”

Frostbite is, of course, the engine that drives games like Battlefield and Star Wars Battlefield, and has been used by BioWare for Dragon Age: Inquisition and the upcoming Mass Effect: Andromeda. That the engine has been so widely used within the EA studio portfolio has allowed the FIFA 17 team at EA Canada to utilise the power of knowledge and collaboration. 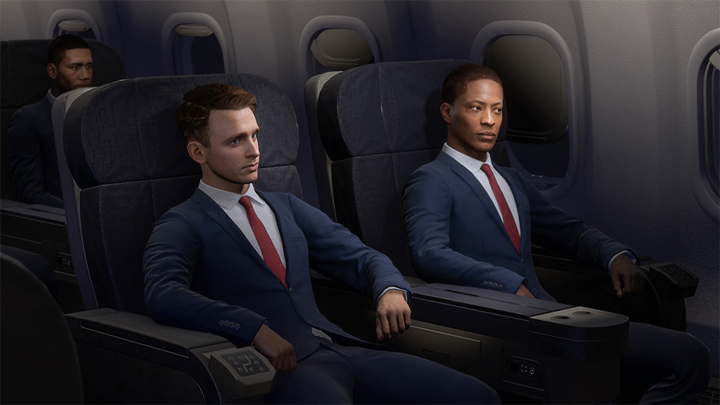 “Being on the same engine as Battlefield, Mass Effect, it means that we’re having conversations with those teams,” Channon explained. “It’s not just about ideas, it’s about, ‘Okay so, you’re doing this? How are you doing it?’ You can actually use not only a conversation, but also actually have the confidence to say, ‘Okay, we can try that’. We spoke with the DICE guys about how they bring atmosphere to their levels, and those are things we can bring to the game.”

Of course, a first-person shooter and a football game are on totally different ends of the gaming spectrum — Channon admitted as much, obviously — but having seen The Journey first hand, it’s easier to appreciate that level of collaboration, and why it’s so important in understanding the philosophy behind the technology, and what it’s actually capable of.

“It’s difficult,” Channon continued, “because any time you go to a new tech — a new console, a new engine — it’s always a challenge bringing your game to it. The challenge is getting to understand in detail. When you’ve worked on something for quite a while, you know it intimately. But there’s a lot of new things to learn now. Having said that, where the opportunity comes in, there’s a lot of new stuff we can look at, and it’s a great foundation for it. When you challenge yourself in that way you get really great results.”

It’s clear that in creating a new story-based mode for FIFA 17, Channon and his team went through a journey of their own, and hopefully it’s one that tells a tale for the ages.

← Previous
The Evolution Of Gran Turismo

Next →
PS4 and Xbox One owners can play Overwatch for free this weekend
Click here to cancel reply.