Pokemon Go How To Battle guide

Playing Pokemon GO? Of course you are! By now you probably know that you can pit your creatures against others at any Pokemon Gym around the place.

But don’t worry: we know you’re struggling. Everyone does to start. Our guide will help you figure out the basics of battling and hittin’ the gym to earn PokeCoins and strive for glory!

You won’t be able to fight against other creatures at a Pokemon Gym until you’ve reached level five.

Once you reach that level, keep a look-out for Gyms on the Pokemon GO map. They’re pretty obvious: just look for the tall landmarks.

Once you’re nearby, tap on one — like you would a Pokestop — and choose a team. You’ll only have to do this the first time, but choosing the right team is important.

The teams are: Instinct (Yellow), Mystic (Blue), and Valor (Red).

To “claim” a gym for your team that hasn’t yet been claimed, you’ll need to place one of your Pokemon there. This Pokemon will both protect the gym, as well as act as a training buddy for when you want to boost up your Pokemon.

The challenge is the balancing act: while you want the Pokemon at the gym to be powerful so as to protect the gym against foes trying to claim it, you want to keep your most powerful Pokemon so that you can claim other gyms. Ideally, you want to assign a Pokemon with decent CP (combat points), while still keeping a strong contingency yourself for tackling and claiming other gyms.

If you approach a gym that has been claimed by another team, you’ll need to battle that Pokemon and beat it to claim the gym. When you approach and tap the gym, there will be a battle icon in the bottom right-hand corner.

Tap it to bring up your Pokemon with the highest CP and best health. If none of your Pokemon are strong enough, you can go to train them and then return at a latter date. Ideally you want to use a healthy Pokemon with a high CP when trying to claim a gym from an opposing team. 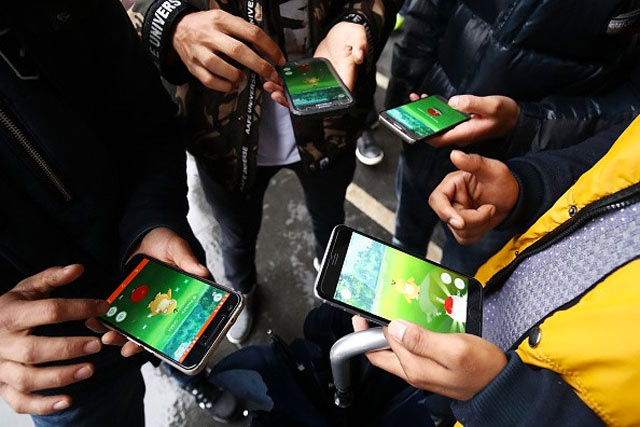 Training At A Gym

You can train and spar against teammates at a claimed gym to raise its level. The higher the gym’s level is, the more Pokemon it can have stationed there to protect it against opposing teams.

Battling a friendly Pokemon is great to improve stats and to better understand the fundamentals of battles. Simply approach a gym and press the Battle button to initiate a sparring session. The more sparing you do, the better your gym is at protecting itself against foes.

How To Win A Pokemon GO Battle

This is where things get interesting. Unlike other Pokemon games, you won’t be able to level up your Pokemon by fighting other ones in the wild. What you’ll need to do is earn Stardust and Candy, which can help to Evolve and Power Up your Pokemon.

The good news is that candy can be used to evolve your Pokemon, although the figure could be anywhere between 10 to 400. Lots of candy means a healthy CP boost. Focus on one or two different Pokemon with your Stardust as you start to familiarise yourself, and then look to expand out once you understand the system a little better.

Now, battles in Pokemon GO are fairly simple in nature, but, like all Pokemon games, they’re hard to master.

Battles don’t play out in the traditional turn-based way of other Pokemon games.

Instead, winning a battle is a matter of taking down one or multiple Pokemon’s stationed at a gym with a collective from your team.

To battle, tap the screen, and to move, swipe left or right to dodge attacks. Tapping uses the primary attack, with a blue bar under your Pokemon’s name as well as the health bar slowly filing up with every blocked attack. Filling your block meter will allow you to unleash a powerful one-off attack.

Dodging can be tricky, especially considering there’s little to no way of actually knowing if you’ve successfully dodged an attack. Be careful when your Pokemon is low on health: if you’re not quick enough to swap them out for another Pokemon, they could be knocked out before you get a chance to replace them.

Once they do get knocked out the game will automatically replace them, but ultimately you want to take them out before that happens. 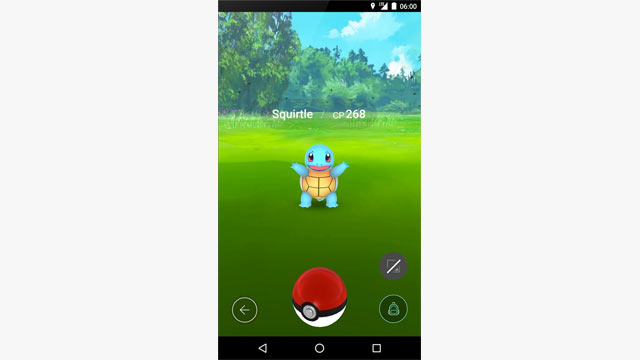 How Important Are Wins?

Basically, the tougher a gym is to claim, the higher its Prestige rating is.

Winning a battle against an enemy will give you an experience points boost, which contributes to levelling up. If you beat the opposing team, their Prestige rating will drop, while winning sparring sessions with Pokemon stationed at gyms will increase both individual and Prestige ratings.

If a Pokemon you have stationed at a gym loses and the opposing team claims the gym, your Pokemon is automatically returned to your stock.

← Previous
Pokemon GO common issues, and how to fix them