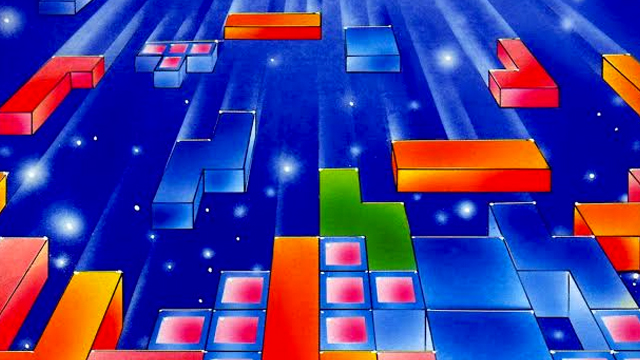 Now we enter into the big guns of gaming, the series that gamers are intimately familiar with and even Granny’s in their wheelchairs would recognise. Number 5 on this list and one of the highest grossing anything’s around is Tetris. Easy to pick up, harder to put down, Tetris is available everywhere and on everything. No, seriously, it’s even playable on a calculator. First released in ’84 for the ground-breaking Game Boy, Tetris has become the single highest selling game of all time, blitzing Minecraft’s 100 million with a neck-breaking 495 million. Just let that sink in. Granted, it gets bonuses from multiple iterations of it across virtually every platform from console to mobile, but the Game Boy version alone takes up 4th place of best sales of a single platform game with a whopping 35 million. On top of this, its 495 million sales skyrocket the game into 2nd highest selling video game series of all time, with just the one game and it’s derivatives. Despite it being a simple game, small in size and scope, Tetris has captured the hearts of hundreds of millions and has surely indoctrinated many of those into the cult of gaming. There’s even a cognitive syndrome coined from people spending too much time on the game called the ‘Tetris Effect’. If that in and of itself doesn’t convince you of this gaming god’s list placement, then I certainly can’t. This game would appear higher on this list due to its amazing achievements, if not for the next four games just outdoing it in almost every category. 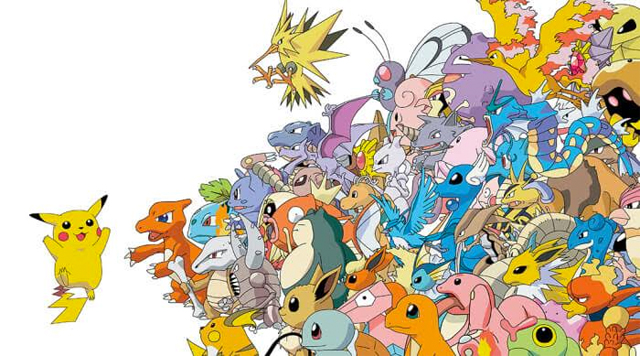 Everyone knows Pokémon, most of us love and grew up with it, and no matter what form you enjoy it in, almost everyone has appreciated it in some way. From the more than 70 games and spinoffs, to the two-decade-old cartoon series, even over to the Trading Card Game and numerous board games, Pokémon has transcended gaming and has ascended to the level of Star Wars or Harry Potter in world culture. Destroying its closest competitor by a smooth $25 Billion, Pokémon is the highest grossing video game property of all time with an incredible net gross of $57.6 billion. Beyond its multi-medium achievements, of which it is the most successful video game property, Pokémon has stood the test of time as one of the longest lasting and bestselling video game series. Coming third in overall series sales, Pokémon is a juggernaut in its own right in the video game industry, selling main series games two at a time every two years or so. With this model the game has managed to land no more than 11 games in the top 42 highest grossing games ever sold, a record only rivalled by one other series. With over 20 main series games and multiple successful spinoffs, Pokémon is a game that has become untouchable and is a regular system seller for every iteration of Nintendo’s consoles. One of the continuing examples of the incredibly strong link between Japanese games and the Western market, Pokémon brought with it Japan fever and no doubt contributes to the burgeoning tourism Industry in Japan. With over 700 pocket monsters across 70 games and 50 billion dollars, I’m sure it won’t surprise most of you to find Pokémon this high on the list.

The year 2003 was the official release of this series, but most people would recognise it by its 2007 moniker Call of Duty 4: Modern Warfare (CoD4). Selling well from 2003 through to 2007, CoD sales skyrocketed with the ground-breaking CoD4. Taking war and the FPS genre to a level it hadn’t reached before, Call of Duty from day one had been reinventing the shooter genre. With the introduction of its fourth game in 2007, however, the series lead the charge on an aspect of gaming that would shape the next nine years: online multiplayer. Although online shooters had technically existed since Halo 2 days, 2007’s online revolution was led by the new generation of consoles and the game industry’s darling, CoD4. Still revered to this day, the Call of Duty experience was one that truly defined the next generation of gaming, and this innovation translated into game sales. Starting from 2007, Call of Duty became the 4th biggest game series of all time, which is a huge feat considering the limited amount of time it achieved this in. Peaking in 26.5 million sales for Call of Duty: Modern Warfare 3 (or Call of Duty 8) in 2011, the series regularly beat out top contenders for highest selling game of the year over the last decade, with each yearly iteration selling well over 15 million copies. While many people pan how bland the game has become with little updates over that decade, no one can argue against the impact of the Call of Duty franchise on the Industry as a whole. 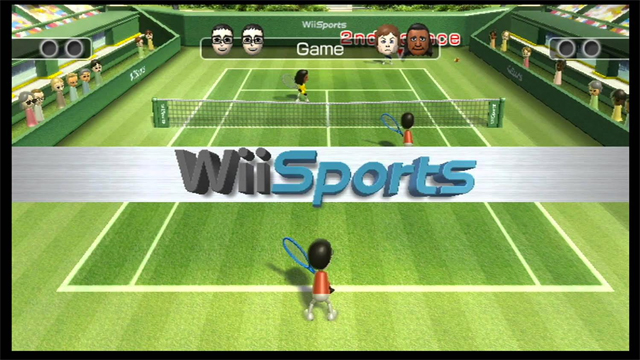 Now I bet none of you expected this one. Truly not the best game on this list as far as gameplay goes, and one of the most recent entries, Wii Sports is a real wild card. But that’s not to say I just put it in here for fun; this game above the eight beneath it earned its spot while it invented an entire category of gaming. A year before Call of Duty 4, and a little after competitor consoles Xbox 360 and Playstation 3 entered the race came the Nintendo Wii. Continuing Nintendo’s theme of individuality and trail blazing, the Wii was completely different to Sony and Microsoft’s entries, and it set the entire world ablaze. Everybody wanted to get their hands on the Wii and its futuristic motion controls. I remember sleepless nights thinking of the Wii and the days that dragged on before its release. And when the system arrived, the world couldn’t get enough. For gamers, children, mums, dads and grandparents, the anchor point for this incredible new technology was the headlining title Wii Sports, which shipped with every initial Wii sale. And oh did it ever ship! Ending on a grand total of 83 million units sold, Wii Sports was easily the most bought single platform game of all time, and many expect it to stay that way for a long time to come. Even amongst every multiplatform game ever released, Wii Sports places 3rd only behind the 100 million of Minecraft and the nearly 500 million of Tetris. This was achieved through only one console. Because of Wii Sports, the Wii was printing money for Nintendo and the world sat up and took notice, causing a flurry of developers building their own motion games and devices. The motion game genre was born, and it was a huge genre, with Wii Sports and its subsequent ‘Wii’ titles eventually entering 6th spot on most sold series of all time, comfortably behind GTA. The Wii and Wii Sports inspired a new way to look at games, and although initial attempts at recreating this magic failed with Kinect and Move, many attribute this success to the new VR industry. How VR games pan out is something only time can tell you, but what I do know is Wii Sports became a figurehead pioneer of decades of progress, and it was a pretty fun game too. 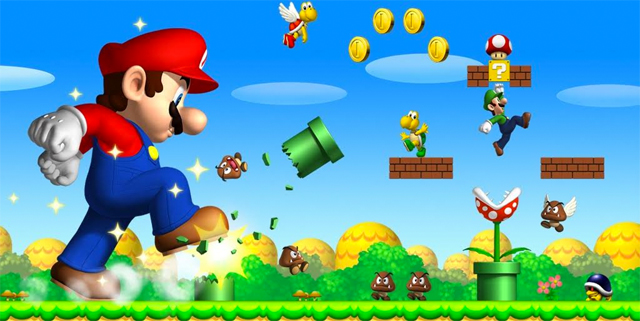 Was there ever any doubt? The red plumber and his band of merry men have taken over your screen in over 200 games and have been the spearhead of Nintendo’s entire production for over 35 years. It’s something special when multiple titles from a single series can be considered for the best game ever made, but if anyone did that, every top 10 list ever made would be all Mario. I briefly considered the 1981 arcade game Donkey Kong to be its own entity and would have included it in this list, but that point only adds to how untouchable Mario is. Mario is the highest selling game series of all time, it has the most games by far, it is one of the longest lasting game series in existence and has since become a cultural icon. If you don’t know who Mario is, you’ve probably been living under a rock. With 528 million total sales, 311 million of which are main series Super Mario Bros games, the Mario brothers have certainly taken the world by storm and they’ve done so following its landmark 1985 original Super Mario Bros. At number 5 in the highest selling games of all time, Super Mario Bros essentially did for gaming what Wii Sports did for motion control. Yes that’s right, Mario revitalised the entire gaming industry. On top of its original success, Mario and his friends have been around through every step the gaming industry has taken, holding its hand and guiding it as if they were father and son. From the 2D plane Mario 64 leapt, flinging the gaming world into 3D. Mario Party and Mario Kart revolutionised the party game and party racing genres, and more recently, in the form of Mario Galaxy 1 and 2, Mario has retaken his place at the top with the 6th and 7th best games of all time, respectively. As the second highest grossing game series across all media, and with 4 games in the top 10 most sold of all time, Mario is the undisputed king of gaming and easily beats back all competition for the top spot on this list.

Next →
Have the PS4.5 and Xbox Scorpio forced EA's hand and pushed back Mass Effect Andromeda?
Click here to cancel reply.

What about the mighty blue hedgehog

Definitely a contender! Unfortunately I just felt as if he hasn't had a lasting legacy and borrowed too much from Mario. Maybe he'll be in my top 20!

Top 10's have always been a slideshow on Fenix Bazaar.