Minecraft PC price set to rise in most regions

If ever there was a time to buy Minecraft, now is it.

Aussie’s can expect to pay $10 more for the block-building game Minecraft from next week, so now is as good a time as ever to buy it.

Minecraft developer Mojang released a blog yesterday explaining the price changes, saying they have amended them to accommodate the difference in the exchange rate between currencies.

The prices of the supported currency either stayed the same or rose slightly.

The new prices will come into affect on May 23rd. Mojang has specifically stated that this price change is only for PC and that the console and pocket edition prices will stay the same for now. 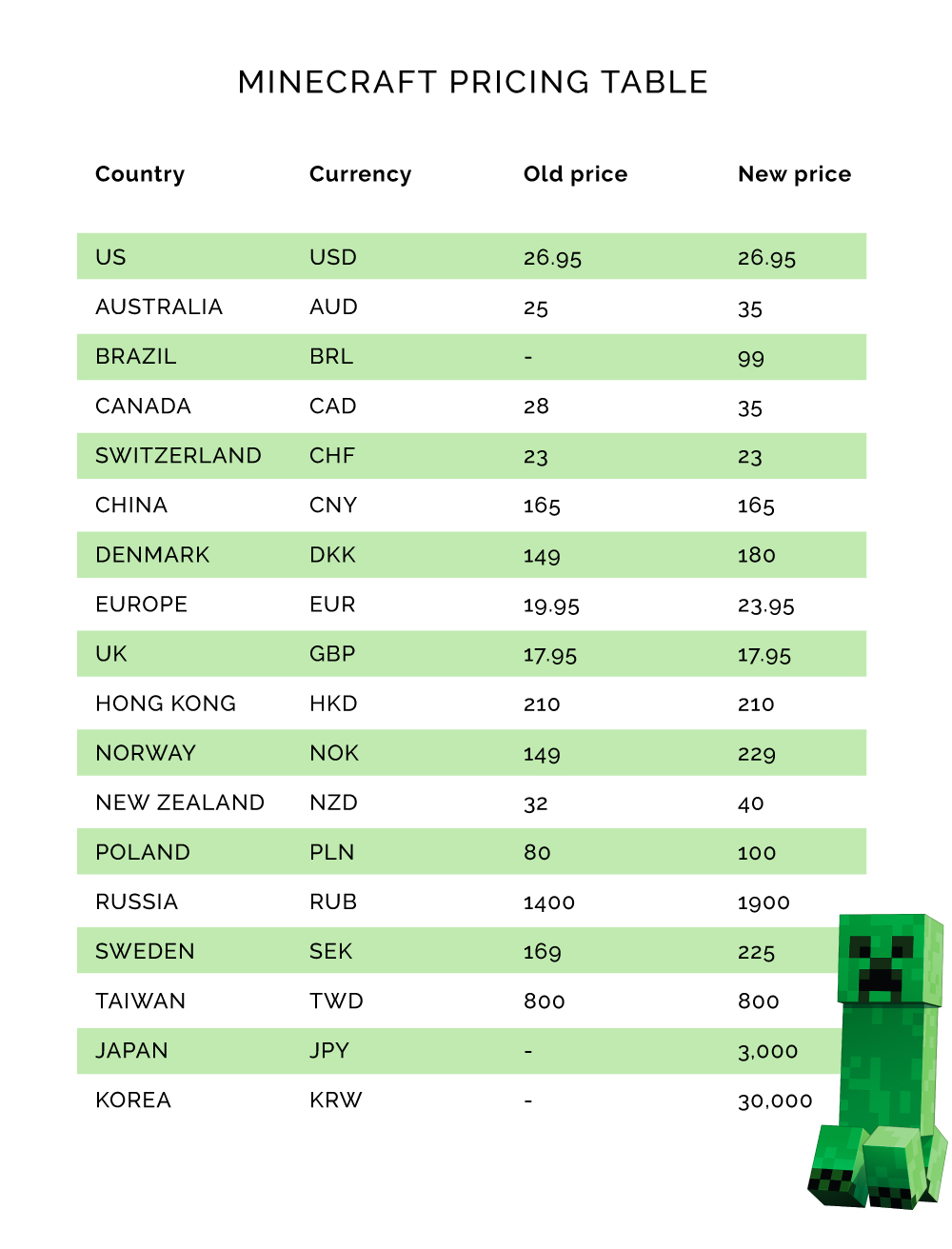 Located in Perth Australia, morgthebrit is a professional lurker and game addict with an extensive steam library. You can find him playing Minecraft on the official Fenix Bazaar Minecraft Server.