Star Wars Battlefront review – Not quite a Jedi Master yet

Star Wars Battlefront is every Star Wars fan’s dream game. It’s undoubtedly one of the prettiest games I’ve played this generation, and certainly the best looking Star Wars game this side of Coruscant. As a full-priced game, however, it’s almost entirely reliant on its Season Pass to beef up the experience, and I’m concerned that DICE’s Battlefront reboot will go the way of Titanfall, another EA shooter that lacked content and had lost its audience by the time good DLC came around. In the early days it already seems to be heading down that path.

The release of Battlefront is eerily similar to that of Titanfall’s. I really enjoyed Respawn’s debut when it launched last year, but bemoaned a lack of content and a “campaign” mode that was added merely to pander to cries of the masses. I have no issue with Battlefront’s lack of a campaign, however. The Missions included in the game very much shaped the same sort of quasi-campaign that was in past Battlefront games, existing purely as a means to offer up a non-competitive element to the experience. There’s no issue there. But there’s still something not quite right about Battlefront. It looks and plays superbly, but maybe that’s the problem: it’s outer layer covers a shallow inner-core. There needs to be more variety and more customisation to make it truly worth the investment.

Sadly, some of the modes pass as generic filler. Playing ‘Blast’, Battlefront’s solid if a little flat Team Deathmatch mode, I found myself cycling through the same four or five maps over and over again. When you consider that the mode itself lacks any form of character mobility outside of crouch, sprint and jump, it’s any wonder why it’s one of the most popular modes in the game at the moment. Obviously with an aggressive intent on remaining entirely faithful to the Star Wars saga, character and weapon customisation is limited, and so in the one mode where an individualistic approach to team-play is the genre standard, you eventually end up with everyone blasting one another with the same weapons, same power-ups, same grenades and same skill set. What a drag.

Thankfully, there are some really great modes here. Heroes vs Villains is great and much better than its brother in Hero Hunt, which is downright awful unless you’re playing as one of the power characters. It’s unbalanced and too frustrating for its own good. HvV, however, has a nice balance of power between both teams, and so matches drag out in a nice way. Droid Run is okay, but it’s essentially an on-the-move version of Drop Zone, which is a much more focused mode in which teams control points around the map for points. Cargo lacks “oomph” as Battlefront’s generic Capture The Flag mode, but Supremacy fills out the modes list as a great tug-of-war, with teams capturing points and, eventually, home base. It took me a while to really appreciate this mode and my initial thoughts were that it was a glorified team deathmatch mode, but I’ve grown to really like it.

There’s also a great core experience here spread out across two other modes. I’ve spent a lot of time in Walker Assault and Fighter Squadron, although it was difficult to get into a full lobby for the former, which is bizarre. I really hope it picks up because I want to see this mode become Battlefront’s most popular. You’ll remember Walker Assault from the beta, as it pits the Rebels against the Imperials in a battle for the Rebel base. Spawning has been tweaked since the beta (thank god!), and spawn camping no longer seems to be as big an issue. I also couldn’t enter a match on a partner while they were in combat (most of the time), which limited the number of instantaneous deaths whenever I respawned into the thick of the battle. It’s still in my eyes one of the best multiplayer experiences you can get, and I like that the mode is undeniably in the favour of the Imperials. That fits the source material, although it’s been toned down slightly to give the Rebels more of a chance at victory, so long as they recognise weak spots (which weren’t in the beta) on the AT-STs and AT-ATs. I do think that 20v20 seems a little light on numbers, but unfortunately the map sizes just don’t call for 40v40. Maybe we’ll see that in the future. The mode embodies fundamentals and objectives from every other mode in the game, so you could easily get your Battlefront fix just from playing Walker Assault.

My favourite mode overall is, surprisingly, Fighter Squadron. The airborne elements in Walker Assault are great but it’s tough to have much influence on the match because most of the action happens on the ground. Fighter Squadron keeps it entirely airborne and while it’s a little limited in scope — it alternates between attacking enemy pilots, and attacking/protecting a transport before it leaves at area — I think it’s going to take a while before I get tired of this. Map design is obviously irrelevant here because all of the action happens in the sky, but I like that the power-ups are located on the ground, and that vehicle repair power-ups seem to disappear halfway through the match. There was one moment in particular when four or five of us were trying to take down the Millennium Falcon. I mean, it was really fanboy fantasy stuff, and it had me giggling like a little kid.

Moments like that will actually make or break Star Wars Battlefront for most players. The presentation is top-notch, and DICE must be applauded here for absolutely nailing the aesthetic appeal of the Star Wars galaxy. Everything is covered here and it’s amazing to look at. As a Star Wars game, it’s pretty great. Certain elements make the likes of Blast and Supremacy really awesome, and a lot of the time it has to do with the Star Wars presentation. That said, I wonder how popular Blast will be over time considering it is essentially Team Deathmatch, but for me the appeal wore off very quickly. I suspect I’ll go back every now and then for a blast (sorry), but it’s in dire need of more maps and a wider range of character customisation and mobility.

Now let’s talk about the elephant in the room: the Season Pass. The game is already priced at $99 in Australia (although you can surely get it cheaper) and the Season Pass will set you back $69.95 for a stack of extra content. Had this content been included in the original game, we’d probably be looking at one of the best games of the year. Unfortunately, we’re looking at a pretty shallow experience that’s amazing to look at, but probably couldn’t a hold conversation if it tried. The fundamentals are fine: the gunplay, the balancing, the design, the pacing, the sense of progression. But the thought of having already hit a brick wall with most of the modes after only a few hours makes me truly wonder whether Battlefront is worth the price of admission at launch. The Season Pass alone is packed with great content, but it adds more maps overall than at launch, almost doubles the amount of Heroes and Villains, and adds 20 new weapons, vehicles and Star Cards. It’s probably still overpriced, but you can’t criticise the sheer amount of content in there. But at least half of this should have already been in the final game. I’m confident that EA can offer up a DLC scheme that matches it with Titanfall for sheer awesomeness (because that game’s extra content really was amazing), but gee, you’d have to be a real sucker for Star Wars to throw yourself at the game from the get-go. It’s a very expensive investment. The good news is that I don’t think this will hurt Battlefront as much as it hurt Titanfall, which quickly died down and unfortunately couldn’t sustain the community to make the great DLC worth it. But this game has the name, and so obviously it has more going for it.

It’s a shame that it needs to fall back on that, because I expected more from Battlefront from a content point of view. You have one of the best multiplayer experiences in patches here, and that’s only across two or three modes. The fact that Walker Assault, Supremacy and Fighter Squadron stand out so much for me highlights just how much potential Battlefront has, and it irks me that we’re almost paying full price twice for the total amount of content that should have been in the final game to begin with. After a few hours I had ranked up enough to use my Jetpack and really start making my way through the different blasters, but I don’t feel as though there’s enough variety out of Walker Assault to really test my wares in this Star Wars universe. It sometimes feels like you’re playing out a scene from a Star Wars movie, and certain moments really had me gasping for breath at the sheer awesomeness of what had just occurred. The irony, however, is that despite Battlefront playing out memorable moments from the original trilogy, it shares with the prequels an unrelenting obsession with appearance, but a depressing lack of depth.

That lack of depth makes Battlefront a tough game to understand, because If you’re a Star Wars fan and you like multiplayer shooters, then there’s no question that you should invest in this game. You’re going to have a pretty good time with it. You just need to be prepared to eventually hit that brick wall, where you might say to yourself, “Okay, I need something else here”. I haven’t quite reached that point with the entire game, but I’ve certainly hit it with a few modes, which is rather damning. So then why do I keep going back? It’s Star Wars. It’s tight. It’s balanced. It looks amazing, and it plays amazing. It lacks focus in some areas, attempting to compensate for a lack of a genuine single-player campaign. Above all else it needs more maps and a better string of unique modes like Walker Assault. As it stands at launch, Star Wars Battlefront is the arcadey multiplayer shooter we need, but it has a long way to go before it becomes a Jedi Master. 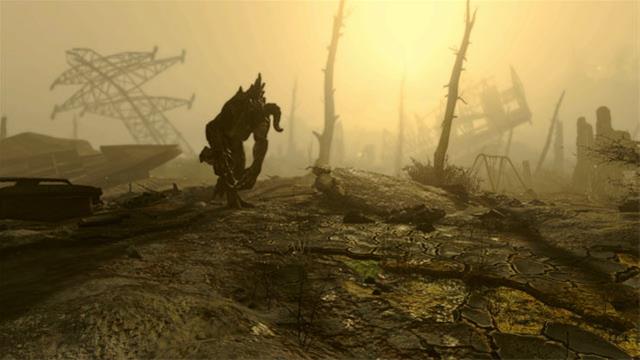