I’m in two-minds about RIDE, a motorcycle sim from MotoGP developer Milestone. I appreciate the game’s staunch obsession with perfection, which makes it a tough racing game. Unlike other games in the genre, this is a game with a steep learning curve that, for the most part, does a fine job of replicating the marathon that is the motorcycle circuit. I went in expecting an accessible and increasingly difficult racing game, but instead I got one part of the former, and none of the latter: RIDE punishes you right from the start in the way a good sim should, inviting you in with accessible controls before knocking you down with the realisation that, well, maybe you’re just not very good. The problem, however, is that it can sometimes be a real chore to play, lacking the seamless progression that we expect from games this generation, alongside a shockingly dated and jarring presentation. This game needs more than just a pitstop: it needs a complete retuning.

RIDE can be a really tough game to play, which I think racing fans will appreciate. It prides itself on being as realistic as possible, encouraging you to learn the complexities of bike suspension and handling right from the get go. I struggled with this early on, and after only the first race (which I finished fricken last in!) I found myself pouring over options and settings. The initial tutorial is intimidating enough, but jumping straight into a race set me on a path to failure very early on in my experience. I can’t remember the last time a racing game was so punishing, so early on. I certainly think this is a good thing: as far as making as realistic a racing experience as possible, Milestone has set a pretty high standard, honing in on particular mechanics and settings that dictate the responsiveness of a bike. Even the tutorial has the default control settings on its highest realism setting, before loosening the screws a little and asking, “Can you feel the difference?” I could, but even then I still found myself struggling to balance precise braking, turning and rider aerodynamics.

It’s a fairly close approximation (I think) of the bike sim, which makes it less accessible as a racer, but certainly more appealing for the hardcore racing fan. The Italians sure do love their motorcycles, and it definitely shows in RIDE. Unlike the Forzas and even Gran Turismos of the world, while RIDE’s core mechanics are accessible enough, it’s simply far too hard to master and is too tough first up to keep casual players engaged. Does that matter? I think that considering what the core audience here is, it probably doesn’t. At the end of the day, RIDE tries to be the ultra hardcore sim that only the ultra hardcore racing fan can appreciate, and in many ways it achieves that.

There’s just far too much holding this game back from being great, and even as someone open to the most demanding of simulation games (I’ve had to work my way through multiple Football Manager games, so trust me, I have the patience), the experience is far too jarring and dated. For one, loading times are horrendous: from the main menu, you’ll select the World Tour, select a map and bike, sit through a load screen, press “X”, sit through another load screen, cut to the map and hit “X” again before the race starts. Is that really necessary? Load times vary between 10 and 30 seconds and they wouldn’t be all that bad if there just wasn’t so many of them: sometimes the load screens simply cut to another “press x” screen, which leads into another load screen. What’s the point? I just want to race, dammit!

But the loading times are really just the tip of the iceberg. RIDE is a mess aesthetically. Glitches, pop-in, laughably dated animation physics, and a horrible UI all give this game the look and feel of a decade-old game. It has the lighting and colour of a modern game, but the maps lack aesthetic vigour. It’s a shame because while the level design itself is actually quite good, the game just doesn’t have the atmosphere that we’ve come to expect from racing games this generation, and even from late-gen racing games on Xbox 360 and PS3. At times RIDE passes off as a late PS2 game. The AI is also far too conservative and eventually too predictable. It was always going to be a balancing act for Milestone: the deeper racing mechanics need to be tough to up the realism, encouraging perfection and somewhat of a trial-and-error approach to the more complex courses. But if the AI is too aggressive, the game would just be too hard. Once you find a sweet spot for your favourite bike, the AI’s conservatism stands out: all competing racers turn in unison, accelerate at the same pace, and race on the exact same line. It’s too predictable, which devalues the game’s strict focus on bike realism. If my success in a race is based exclusively on my handling abilities and the statistics of my bike, not including the challenge offered up by AI-controlled racers, what’s the point of even competing? The game’s challenge is limited to your understanding of controlling a bike, because the AI itself never poses much of a challenge.

If you can look beyond these design issues, World Tour still offers a fairly deep competitive edge in the way of a ranking system and in-game currency, which is used to upgrade your bike and purchase new ones, as well as gear-up your racer. The customisation options are initially limited but I certainly feel as though racing fans will enjoy what’s on offer here from a racing perspective. This is Milestone after all, and they know what fans of the sport want. They offer that up in many different ways, and the career mode is long and rewarding enough to keep you engaged. The online mode allows up to 12 racers in a 16-bike grid, but good luck finding people to race with.

There’s no doubting Milestone’s enthusiasm for the sport, and it’s clear that RIDE is very much a game for the fans. The problem however is that it’s bogged down by bad AI and poor design choices, while lacking the sort of atmosphere we expect from a racing game. The simulation aspects on offer here are detailed and complex, but this is still far from Milestone’s best. The MotoGP series is certainly in the right hands purely from an enthusiast’s point of view, but Milestone has a way to go in attracting new gamers to the genre. 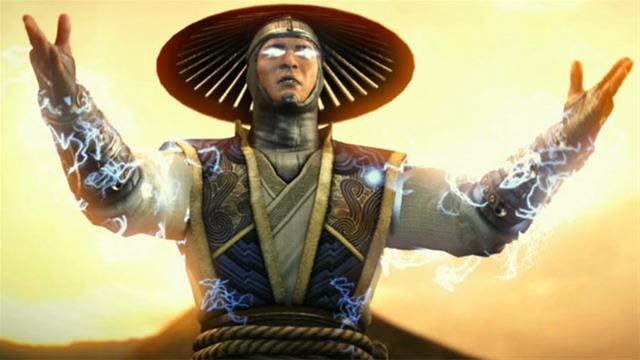