Let’s delve a little deeper into the console’s history to discuss its best and worst moments.

The console launched in November 2005 in North America and around five months later in Australia (pfft, typical!), so it’s been seven years since we first got out greasy hands on the 360 controller. Which moments stand out for Microsoft’s record-breaking hardware?

In the spring of 2009 (winter for North American readers), Microsoft launched the “New Xbox Experience”, which was an update of its old blade dashboard design. It brought a new, image-based dashboard that has gone through subtle redesigns since it was first implemented but for the most part has led the way in terms of console OS accessibility.

I don’t think it’s perfect: Xbox Live Arcade seems to have been demoted and games no longer take prevalence, instead replaced by Microsoft’s enhanced entertainment focus and a whole bunch of ads on the first dashboard page. Geometry Wars led the way a few years back for Microsoft’s digital distribution focus, but the OS’ great design comes with a compromise in that it has allowed the Xbox 360 to push out its entertainment offerings more effectively, while downloadable games appear to languish in the background.

Microsoft continued its good online gaming form from the Xbox with the 360’s launch configurations, including a wired headset with the “Pro” bundle. Sure, the headset sucks compared to the official wireless piece and most third-party headsets, but it definitely did the job in enticing interaction and communication, especially for early-life games like Halo 3, titles that really pushed the 360’s online capabilities.

The PS3 and Wii both fell behind on the community side of things partly because they lacked a more efficient way for gamers to interact aside from tedious texting via the controller or pricey keyboard add-ons.

The first thing any Xbox Live cynic has to say about the service is that it you need to pay for it, like as if that’s a bad thing. You never get something for nothing, and when comparing the 360’s online services — and that includes everything, from the online functionality of a single title, to the size of the community playing an acclaimed multiplayer game — to other free services on the PS3, Wii and Wii U, it’s clear that the paid subscription model works.

Understandably, an extra $80-or-so per annum might be a bit pricey for some gamers, and you do need to still pay for extra services — and you don’t get quite as many free goodies as the PSN offers, but let’s be honest: Sony is playing catch-up — but at least you’re guarenteed to find someone from somewhere in the world to play with in any Xbox 360 game. Killzone 2 and Killzone 3 both struggled to maintain healthy online populations for a reason: because there just isn’t a strong online community on the PS3.

For gamers looking for online experiences — whether competitive or cooperative — the Xbox 360 has trumped all in that regard.

The community aspect was further enhanced with the introduction of Achievements, which are surprisingly popular and provided that little added incentive to strive for optimal completion of a game. Also, bragging rights and stuff.

It might be short on exclusives but the Xbox 360 has had the third-party support throughout its life to at the very least keep its faithful at bay. On top of that most third-party games are developer on the 360 as the lead platform, and few cross-platform games work better on the consoles: comparatively, a handful of cross-platform games worked terribly, sometimes not at all, on the PS3 in its early life, although that has admittedly been ironed out as developers became more comfortable with Sony’s hardware.

Whether Microsoft rushed the hardware out for launch to meet demand, or if it was just a design error, the 20 per cent failure rate for launch consoles was simply inexcusable. The infamous “red ring of death” will go down as one of the worst moments in gaming history, as millions of gamers found their pricey new console’s to be essentially unplayable.

Thankfully Microsoft rectified this with a far superior post-launch console design that addressed that console’s issues, and the warranty was extended to serve those with malfunctions, but it was still a massive misstep that potentially cost Microsoft more sales early in the console’s life (although in hindsight and looking at current sales figures for the 360 it’s not like they needed need to sell more anyway … ).

The Xbox 360 started strongly, with games like Perfect Dark: Zero, Kameo and Condemned leading a strong line-up of first-year Xbox 360 exclusives. Gears of War was fresh and exciting, while Crackdown looked to have real potential.

Unfortunately, the last few years have been pretty dry on the exclusivity front for Microsoft as it repeats its lineup of Halo, Gears and Forza every year. Kinect and Dance Central games don’t count, although they are potentially system sellers (we all know how crazy people can get over dancing games).

Even its indie support has dried up. Fez seemed to represent a revival of strong indie software on Xbox Live Arcade, but the service seems like a wasteland these days.

Still Up In The Air …

Did Microsoft really ever intend for Kinect to dominate the industry in the same way the Wii did? Or was it always preparing for the future? It’s a question I’ve always asked myself because I love the technology, but not necessarily as something related to games. It could improve overall console accessibility and how we engage with the hardware, but game implementations have almost exclusively been too gimmicky for me (aside from NBA 2K13, in which it works surprisingly well).

It’s going to be in every next Xbox console, so developers might be more included to include its functionality in their software, and we might even see more “Kinect only”-type games that demand using of the technology. Either way, I am still on the fence about its inclusion into the Xbox 360’s life this generation, but it can still be a win for gamers down the track.

What have been the best and worst aspects of the Xbox 360 since its launch? Share your thoughts below! 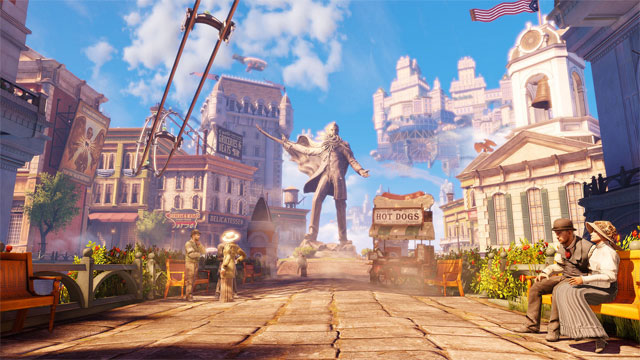