Players may find it challenging to select the appropriate SMG for their playstyle in Warzone 2 due to the abundance of alternatives. Every SMG in the game has been ranked, along with a list of the best options for Season 1 Reloaded, to aid you in making an informed choice. There is an SMG to fit every choice, whether you want a weapon that performs well in close combat or one with more mobility. See which submachine pistol tops our list as the most desirable option for Warzone 2.

Below is the full list of SMGs in Warzone 2, ranked from worst to best.

Due to its poor range and little damage, the Vel 46 is typically seen as an inferior weapon option in Warzone 2. Given that several other SMGs in the game are superior to it in terms of overall efficacy, it might not be the ideal option for most gamers. Due to its low damage, it will take more shots to eliminate opponents, which can make players more exposed in close quarters battles. Its average range can also make it less useful in longer-range combat situations. In Warzone 2, there are often more advantageous options accessible for those seeking a strong and adaptable SMG.

Good, Not Great SMGs in Warzone 2

Warzone 2’s MX9 is a respectable weapon option, but not every player will find it to be the best. It can be useful in close-quarters fighting because to its respectable fire rate and damage. However, because of its poor accuracy, it may not be as useful as other SMGs in fights at a greater distance. Additionally, because of its tiny magazine size, it may be less effective in prolonged firefights. Overall, the MX9 can be a good option for players that want a fast-firing weapon and are at ease employing close-quarters combat techniques, but there might be more suitable options out there for those seeking a more flexible and potent SMG.

The Vaznev-9k is a reliable weapon in Warzone 2, despite the fact that it might not be the best option for many players. Due to its strong damage and consistent fire rate, it is a fantastic option for close-quarters fighting. However, given how inaccurate it is at greater ranges, it might not be as beneficial in other situations. Even though other SMGs might be preferred by individuals who like versatile weapons with exceptional accuracy, the Vaznev-9k might be a good option for those who enjoy using close-range tactics and don’t mind the poorer accuracy.

The Minibak is a mid-tier SMG in Warzone 2 that fires swiftly and provides decent damage. Its tiny magazine capacity, which could be a disadvantage in prolonged firefights, is offset by its light weight, which makes it simple to handle and enables swift movement. It is less suited for players that prefer to engage opponents at a distance due to its low precision, which can be disadvantageous in longer-range battles. The Minibak is generally a good replacement for players who favour quick-firing weapons and are familiar with close-quarters combat skills, but those searching for a versatile and potent SMG frequently have superior options.

Some gamers may be drawn to the Fennec 45 in Warzone 2, a compact SMG with a quick rate of fire. Its smaller magazine and reduced damage make it less effective in most combat situations when compared to other SMGs. It might work well for players that enjoy fast-firing weapons and are at ease with close-quarters tactics, but it might not be the ideal choice for those seeking a diverse and potent arsenal.

Generally speaking, the BAS-P is regarded as one of the game’s strongest SMGs due to its high damage and rapid fire rate. It is a dependable option for close-quarters warfare and has a wide range of applications. It might not be the greatest option for every player or every circumstance, though, as with any weapon. Some gamers might choose other SMGs with different features or might want to utilise a whole different kind of weapon. The ideal weapon will ultimately depend on the preferences and playstyle of the player.

The Lachmann Sub has a number of interesting qualities that can make it a useful weapon for players to use. One of its best aspects is the relatively quick fire rate, which allows players to fire off rounds quickly one after the other. This can be useful in close-quarters combat scenarios where doing maximum damage is the main objective and accuracy may not be as critical. The Lachmann Sub’s respectable magazine size enables players to fire continuously for a longer amount of time before needing to reload. This can be helpful in prolonged gun battles or when up against numerous foes.

The FSS Hurricane is a monstrous SMG with competitive handling and damage qualities that are complemented by a remarkably smooth and manageable recoil pattern. In reality, with the right upgrades, the Hurricane’s recoil may be almost completely eliminated, enabling you to wield this SMG similarly to an Assault Rifle that fires and reacts more quickly.

How would you rank the SMGs in Warzone 2? Sound off in the comments below! 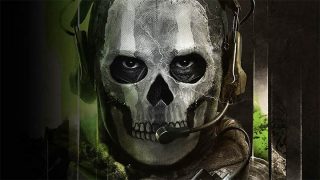 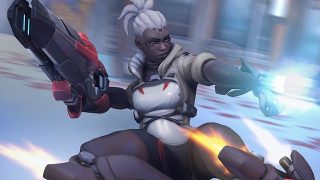