Looking to dive into Overwatch 2 for the first time but don’t which are the best DPS Heroes for Beginners? This guide runs you through the best damage heroes in the game.

Diving into Overwatch 2 for the first time and working your way through the Heroes list? With 35 different Heroes on offer, the Overwatch 2 experience can be fairly complex and intimidating for new players. Good news! You can select from a small pool of “easy” heroes to help familiarise yourself with Overwatch 2 basics.

Your starting point should be to check out the Overwatch 2 Tier List, which ranks each hero in the game, and also assigns them an overall ranking and “ease” ranking. The ease ranking is fairly self-explanatory: it ranks the hero based on the accessibility of its kit.

Generally speaking, heroes on the upper end of the meta tier list are more “difficult” to play, but there are select heroes in the top 50% of Overwatch 2 heroes that are actually quite accessible.

Want to know what the best DPS Heroes are for Beginners in Overwatch 2? Read on!

Tracer is a close-range hero who can be a lot of fun to play. She’s quick, with three “Blinks” allowing her to skirt across the battlefield fairly quickly. This can compromise some functionality for new players, but with practice you should find yourself blinking and positioning yourself with good flanking positioning to benefit your team.

When playing as Tracer, you should target single targets at a time. Think of her a bit like a mosquito: they zip around and annoy the hell out of you until you swat it dead! Once you pick your target — ideally big squishy targets like Tanks, or Support heroes with lower mobility like Brigitte or Zenyatta — zip around them and bombard them with damage. If you’re using in-game comms, shout out to your team who you’re targeting so that they can help you finish them off.

She has a “Recall” ability, which compliments her low base Health. If her health gets down to only 2-3 bars, use Recall to immediately return to the health levels of a few seconds earlier. Tracer is the kind of hero that, once mastered, is a good entry point to playing well with a wider range of heroes.

When To Pick Tracer: Tracer is best played alongside a Moira, who can heal using her orbs, a Zenyatta, and a shielded Tank, who can provide cover for when she zips and recalls out of danger.

Soldier is a fantastically well-rounded, easy hero in Overwatch 2. He can deal high levels of damage at a distance in bursts, as well as powerful bursts of damage at close range. He has a very simple kit, one that is perhaps a little too simple by Overwatch standards, but he has the capacity to carry a team if used well.

He can move quickly as well, although he lacks much in the way of agility. He has pace and power, which are important traits to have if you’re looking to boost your stats as an Overwatch 2 newcomer. He also has a Biotic Field, which is a self-healing ability that can also help heal nearby teammates. This means you can retreat and recover if you’re losing out in battle, without having to search around for a healing pack.

When To Pick Soldier: If the enemy team has a Pharah, DVa, Torbjorn, and especially if they don’t have a shielded tank.

Reaper is best described as a flanking assassin. He has almost no range, but in close he has the ability to absolutely shred heavier tanks like Roadhog and Reinhardt. His Wraith Form ability allows him to quickly leave an error with a moment of invincibility, although he can’t perform any additional abilities while in this form.

There’s also Shadow Step, which is effectively a transporting ability that is used best when wanting to flank an enemy and sneak up from behind. Use Reaper like a quiet flanker: don’t barge into battle, but rather work your way behind an enemy and hit them hard with Reaper’s shotguns. Then, before taking on too much damage, using the Wraith Form to get out of the area.

Finally, his Death Blossom can wipe out an entire team if used correctly. Reaper’s kit is an “easy to play, hard to master” type kit, but every ability works well with the enough to help formulate one of the best assassin’s in the game.

When To Pick Reaper: If the enemy team is running a heavy tank, like Reinhardt or Roadhog, or a shield to block a Torbjorn or Bastion, Reaper can be great for shredding through barriers and heavy defenses.

Mei is a fun and unique hero that will give you a slight edge in most one-on-one fights. Her Endothermic Blaster can deal heavy damage to slow down enemies, and she also has a powerful icicle shot for long-range power.

She can self-heal, although this leaves her stuck in the middle of battles, while her Cryo-Freeze Ultimate is best utilised alongside another hero’s Ultimate — such as Reaper’s Death Blossom — to maximise effectiveness.

She may seem to have an intimidating kit, especially with her Ice Wall, which can be hard to use effectively. But with time, Mei can set you up to master some of the more complex heroes in the game, such is the uniqueness and dynamic nature of her kit.

When To Pick Mei: Mei is fairly well-rounded in this regard, although “stay at home” Tanks are her best companions: “dive” tanks like Winston and DVA will leave her vulnerable to assassin strikes and long-range damage, so run with Mei when you have a good heavy tank for support.

Which heroes would you recommend for beginners to Ovewatch 2? Sound off the in comments below! 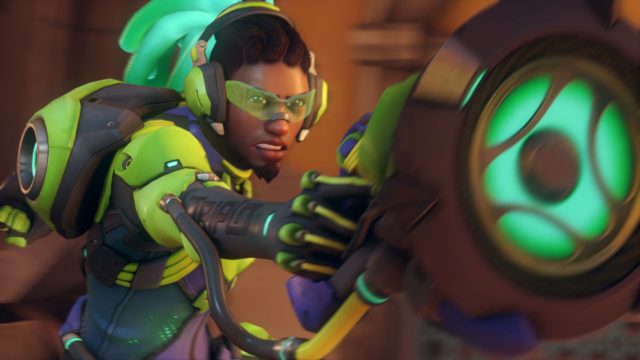 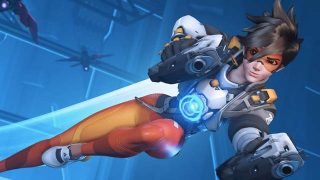