NBA 2K23 Hot Zones: How To Get Them And How To Check Them

Want to know how to check your player’s Hot Zones in NBA 2K23? They form an integral component of your success on the basketball court, and your created My Player build’s progression up the ranks will rely heavily on your understanding of hot zones. In this guide will break down the core fundamentals to help you understand NBA 2K23 Hot Zones.

Shooting in NBA 2K has taken a more realistic turn in recent years. The development philosophy has been to make a game that feels more realistic: this means enhancing and advancing position, defense, and, with regards to shooting, your player’s hot and cold zones on the court. This change from a more simplistic approach to shooting from a pre-NBA 2K21 world came up to encouraged (or force) NBA 2K players into being more mindful of when — and from where — they shot the basketball from.

In NBA 2K23, Hot Zones are just if not more important than they were in both NBA 2K21 and NBA 2K22. In order to really understand and master shooting in NBA 2K23, you’re going to need to practice and be patient, because the more you shoot in the hope shots will eventually start falling, the further away you actually end up from making baskets on a consistent basis.

Hot Zones haven’t always been so aggressively tied to the gameplay fundamentals of NBA 2K. These days, your performance across the board, including in My Career and The City, will change where on the court you’re “hot and cold”.

If you want to get a deep understanding of NBA 2K23 Hot Zones, and how to change them, then this guide is for you — read on!

Make no mistake: Hot Zones are game-changing, and have a significant impact on your success in NBA 2K23 (as they have in past years). They’re not just there as a guide: they’re there to tell you exactly how likely you are to hit a shot from a particular spot on the court.

The percentage, value, and impact of the shot you take is going to be influenced by the “hot” or “cold” state of the area of the court you’re taking the shot from. If you’re taking a shot in a “blue” part of the court, the chances of making that shot are decreased significantly, and your timing is going to have to be pretty much spot on with zero margin for error.

The first mistake a lot of NBA 2K players make is look at their player’s shooting rating in isolation: they see a high three-point shot rating in the 90+ range, and assume this means they’re going to hit a three-point 90% of the time. It doesn’t work like that, and all you’re going to do is frustrate yourself into a position of confusion and anger as to why your player is never hitting their shots.

If you’re finding you’re clunking a lot of the shots you’re taking in NBA 2K23, there could be a few reasons for that.

When you first start playing My Career, Hot Zones are very important. If you have a 90+ mid-range rating to start, you’re already in a good position to start draining shots. However if you’re in the 60 or 70 range, your Hot Zones now determine your success as a player, because your success rating is already so much lower as a result of your lower attribute rating.

While in My Career, navigate to “Stats” in the My Career menu, and then “Roster”. When your select your player, navigate through the range of stats until you land on their Hot Zones. This will show a map of all the hot (red) and cold (blue) areas of the court.

If there are no hot or cold zones yet on the court — or on specific areas of the court — this means you haven’t played enough games for it to reflect your shooting performance. I would recommend playing on “Pro” difficulty with 5-minute quarters so that you can quickly get through the threshold for Hot Zones to show up.

Your Hot Zones in NBA 2K23 look at your past 25 matches, and you’ll need to have hit a minimum of ten three-point shots to show a Hot Zone performance state for long-range shots.

If you see any blue on the court, my recommendation would be to look at stronger overall performance in these areas of the court over the next 25 matches: you need to play short quarters on a low difficulty to make it that little bit easier. This is of course compromises your earning capacity, but it’s better than compromising your Hot Zone stats on the court completely to begin with.

Short answer here is: no, you can’t reset your Hot Zones in NBA 2K23.

You can, however, change them from blue to red if you’re patient and committed enough. If you’re 10-of-100 shots in a cold zone, you best get that shooting percentage up to around 50% over the next 25 games to even get close to turning into a genuine hot zone.

Having any tips on tricks for NBA 2K23 players and improving their Hot Zones? Sound off in the comments below! 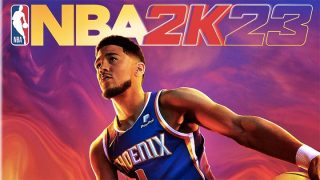 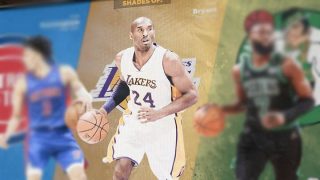