Far Cry 6 – How To Customize Weapons and Change Ammo Type

In Far Cry 6, you’re a citizen-turned-guerrilla fighter, battling to take back control of your home and return it to the people. As you make your way through the world, you’ll notice an ever-increasing reliance on your gear, weapons, and strategic crafting.

Dani, our hero and main character in Far Cry 6, is really all about those weapons: his identity and presence in the world is pretty much determined by what he’s packing. Weapons and Gear play such an important role in Far Cry 6, and going into battle with the right tool for the right job is integral to your success.

In Far Cry 6, before entering into a heated battle you’re going to want to assess your loadout, and switch out weapons, mods and gears to suit the vulnerabilities and strengths of the enemies you’re about to face. Scanning an area first and identifying whether an enemy is vulnerable to armor-piercing rounds or explosive rounds will help you make this wisest decision before moving forward.

How To Customize Far Cry 6 Weapons

Almost all weapons and Supremo backpacks can be customized in Far Cry 6. The exception are unique weapons you may find scattered and available for purchase across the game world.

For the weapons that can be customized, you can do this via workbenches, which are marked by a spanner symbol, and are typically located in friendly bases, and near enemy strongholds and FND regions.

When you’re at a workbench, you’ll want plenty of gun powder and Supremo-Bond to help build new customisable mods and attachments for your weapons.

Before entering an enemy stronghold, find some highground and scout the area using your mobile phone (up on the d-pad). This will mark each enemy and detail their vulnerabilities. From here, you should create a loadout and equip ammo suitable to the nature of the battle. You might need some variety across the weapons and ammo available, so make sure you have it ready to go if you need to swap it all out on the fly.

Here’s the list of ammo available in Far Cry 6: 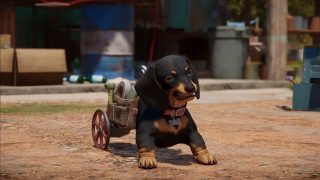 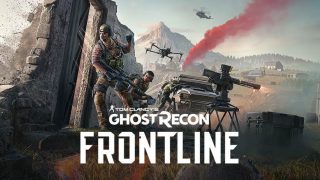