Hola, Amigos! Far Cry 6 is now finally upon us, and with comes a host of unique new weapons, systems, features, and even sidekicks. Amigos will play a fairly important role in your Far Cry 6 journey, filling the role of your animal sidekick and helping improve tactical strategy before going in guns blazing to any enemy hotzone.

What to know where to find each Amigo in Far Cry 6, and what they bring to the experience? Read on!

How To Unlock: Complete the Mission “Juan of a kind”

When To Use: If you’re looking to go in guns blazing and want to get through an area quickly, Guapo is super effective. However, as he automatically attacks nearby enemies, he isn’t useful for a stealth approach.

How To Unlock: Complete the “Meet the Monteros” story Mission. You can then find Chorizo at his kennel near the Construction Office. There will be two side missions you’ll need to complete first before being able to call him your friend.

When To Use: Chorizo is great for stealth missions. He can also be used to distract enemies with his sheer cuteness.

How To Unlock: Complete the “Meet the Legends” Mission in El Este. Then complete the three Side Quests where to help Chicharron against the FDA along Vacia Coast.

When To Use: Great for run-and-gun and explosive battles, as Chicharron can really feed off the energy and explosiveness of a battle.

How To Unlock: Complete the “Meet Maximas Matanzas” Operation in Valle de Oro. Once done, a note left in the local Guerilla Base will give you a hint as to the side mission that you need to complete to unlock Boom Boom.

When To Use: Boom Boom can act as a fantastic scout, and is useful for stealth missions and scoping of areas prior to moving in.

How To Unlock: Complete the Triada Blessings Side Quest line to unlock her.

When To Use: Quite possibly the best Stealth Amigo in the game. Use Oluso to take down key targets in enemy strongholds.

How To Unlock: Included as part of Blood Dragon Pack with the Season Pass for Far Cry 6

When To Use: The K-9000 can fit a stealth and action role. He’s great for scoping areas and also moving in and out silently without bringing on too much attention and heat.

How To Unlock: Available as part of the VICE Pack DLC for Far Cry 6

When To Use: Champagne is somewhat of a “finisher”. She’ll come in and clean things up for you if things don’t quite go your way. She can also step into battle and help turn things back in your favour. 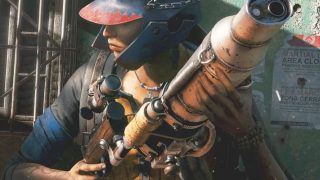 ← Previous
Far Cry 6 - How To Get Resolver Weapons 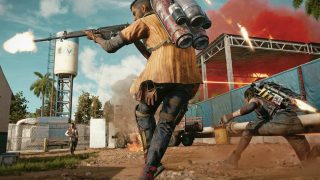 Next →
Far Cry 6 - How To Customize Weapons and Change Ammo Type
Click here to cancel reply.