NBA 2K22 MyPlayer Builder Tips: How To Build A Demigod

NBA 2K22 sees the famed basketball series return to the next generation of gaming consoles, hitting Xbox Series X and PS5 with a flurry of excitement and hype. A lot has changed in the series’ transition across generations, with the familiarity of the MyPlayer Builder now a thing of the past with a more refined — and complex — system in place. Not to worry, however: I’ve spent many hours tinkering and playing my way through the NBA 2K22 MyPlayer Builder, so here are some tips to help you build the ultimate MyPlayer demigod.

As has always been the case with the NBA 2K franchise, the MyPlayer Builder in NBA 2K22 is the driving force of the experience, granting players unprecedented access to a player creation suite that is truly unmatched across the industry. One of the best features and modes of NBA 2K has always been building your player and guiding them to NBA stardom, and NBA 2K22 is certainly no exception to that.

There are some colossal decisions you need to make when you first start up NBA 2K22 and begin the MyPlayer Builder. Ask yourself some important questions: Do you want to be a pass-first guard, or a slashing play maker? Do you want to be a lockdown defender with some long range precision, or an interior defensive beast with unmatched finishing power? There’s a seemingly endless variety of player archetypes you can build in NBA 2K22.

Perhaps the most important piece of advice with NBA 2K22 — which is the same advice I give every year — is to not overthink the type of player you’re creating. This is especially relevant with NBA 2K22, because the MyPlayer Suite allows you to easily return back to edit your player once you find out which NBA player your created player has shades of. In previous years you needed to progress through MyCareer and return to the main menu, but the game now lets you cycle back through all of the key creation suites.

That feeds into a fantastic reliance on trial and error, and there’s going to be a lot of that in this year’s game. It took me more than 30 tries to land a LeBron James build, and even more for Stephan Curry.

Another important piece of advice is embrace the fact that your player is not going to be a superstar when you immediately start your career: you want to create a player that is set up for success, so make sure you identify key attributes that you want to focus on, and ensure that boosting these attributes doesn’t have an adverse affect on other integral features of your player.

I’ve made some absolutely disastrous builds in my time: my rim-protector centre lacked pace and strength, and so while he could get good position and the outlet pass, he didn’t win enough of the ball nor get back onto defense in time to be part of the play enough. A lot of the MyPlayer Builder creation suite is simply common sense, so embrace the trial and error component and don’t rush into making those decisions.

Another key thing to remember is if you want your player to be exceptionally good in key areas — think Shaq being an interior force, or Steph being a perimeter force — or if you want more of an all-rounder — think LeBron, or Durant. Focusing on specific areas is going to give a more varied time of NBA shade, whereas more rounded players are tougher to refine and perfect the balance with. Achievable, but challenging.

As I have already touched on, have a good, long think about the type of player you want to create: if you want a slashing point guard with strong finishing skills, you’re going to need pace, strength, and ball handling, not to mention high finishing attributes. If you want more of a pass-first playmaker, then passing, handling, and defense are going to be the key components to that specific build.

My suggestion is to check the attributes of actual NBA players. Do this by navigating to “Settings” and then “Roster”. Each player has their Badges, Attributes, and styles listed on their detailed player profile, and while it’s important to create exactly the same player — the system often simply doesn’t allow you to spend attribute points the same way — you can get close enough to creating the same player.

What I like to do is find a player a like — say, Zion Williamson — note down his weight, height, position, all of his attributes, his distribution of badges, and his key skill takeovers (ie. finishing, long range shooting), and then build it out from there.

Let’s take a look at Stephen Curry for example. He’s listed as an “Offensive Threat”, with strong 3PT Scoring, Inside Scoring, and Mid-Range Scoring. His badges look like this:

We could build a player out using those statistics alone, but I like looking at the player’s actual attributes as well so that we can get it as close as possible. This part is going to take a lot of trial and error, as you simply don’t have enough attribute spend to fill out the skills exactly as the player is. But focusing on the key areas and trying to align the badges with the real player, we can get close to the real thing, and build a player with shades of Stephen Curry.

This is ultimately going to vary and change depending on the type of player you want to create, but I feel that each position dictates a prioritisation of attributes, which I’ve listed below. Essentially, this lists the importance of attributes in order, from most to least important (ie. for a Playmaking PG, you should prioritise Playmaking first, and Defense/Rebounding last).

Takeovers are the “cherry on top” of your created player. They are going to separate your player from others, and ultimate give boosts to particular attributes and areas of your player’s skillset. Here are the Takeovers to choose from:

You’ll get two Takeover slots to fill in the MyPlayer Builder. Once your takeover meter fills up during game, you can use it to activate your primary takeover, or wait for it to fill up a second time to activate the second one. So your prioritisation here of placement is important as possible. I don’t feel that Takeovers have much impact on the shade of NBA player your created player may represent, but it will ultimately change the way your player impacts a game.

What are your thoughts on the NBA 2K22 MyPlayer Builder? Have any tips to share? Sound off in the comments below! 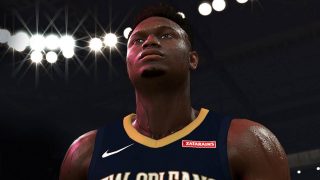 ← Previous
NBA 2K22 Best Builds For Every Position (Next Gen) 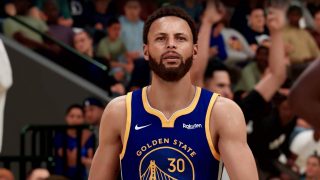