NBA 2K22‘s September 10 release date is right around the corner, and while we’re not getting a Prelude demo this year, there’s been plenty of new updates and gameplay trailers released to keep us at bay until release. The latest info dump focuses on a number of key gameplay features, including a breakdown of how shooting will work in NBA 2K22.

Upon release, one of the biggest criticisms of NBA 2K21 was that of its seemingly over-complicated and unnecessarily punishing shooting mechanics. It prompted the developer to quickly patch the game and address some of the concerns of the community, creating somewhat of a balancing act across the game’s first few months on the market.

It’s clear that with NBA 2K22, there’s an enhanced focus on the accessibility and reward of effective, high-IQ shooting. In NBA 2K21, it felt like the margin for error made it too difficult for both novice and newcomers to develop much of an effective game style, but NBA 2K22 looks to be refining the shot meter to widen that margin.

2K Sports says that shooting has “undergone many changes” in NBA 2K22, which certainly isn’t a bad thing. The Shot Meter will resize dynamically, expanding when you’re taking high-quality shots with good shooters, but shrink whenever you’re taking heavily contested shots, shooting with low-rated shooters, or if your player is fatigued.

There is a big emphasis this year on what’s called “Shot IQ”. The Shot IQ is exactly as it sounds: it’s the “smarts” or the fundamental efficiency of the team’s play that enhances the shot’s effectiveness. As an example, running through players, setting screens, and working for open shots will over time lead to more shooting success. However, teams that force shots and don’t work to get that open space will see poorer performance.

The development team identified what it says was “overshadowed” by ratings and stick skills: the sheer effectiveness and success of team-based basketball. Of course, shot timing still plays a big role in NBA 2K22, with an additional boost still granted if you turn the meter off, but taking many bad shots will overwrite any high level skills or timing you have when shooting: bad shots are bad shots, and with time the game appears to be set on punishing you for it.

2K says that the new shooting mechanics have been focus-group tested with players from all skill levels, and they’re confident it’s “the best that shooting has ever felt in NBA 2K“.

I guess we’ll find out soon enough if that’s true! 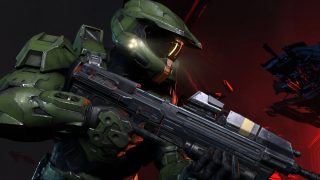 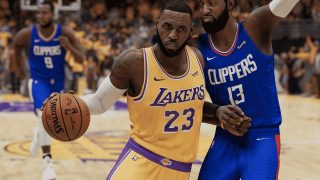