Xbox Series X Restock: When, Where, And How To Get One

We are now nine months since the launch of the Xbox Series X and Series S, and unfortunately there is still a large cross section of the gaming community unable to get their hands on one. As we get closer to the end of 2021, many gamers are waiting, scanning and hoping for a new care package drop of Xbox Series X restock, but the sheer randomness of availability makes it increasingly difficult to get one.

The availability of Xbox Series X and Series S hardware is rarely if ever communicated with any more than a few hours notice, meaning the best tactic to getting yourself one is following a few steps and being ready to jump on once restock pre-orders land across a host of different websites.

It’s disappointing that we’re at a point in time where trying to secure a piece of hardware is becoming a battle of skill, but that’s the harsh reality of the current global climate. With time, hardware shortages will be filled, but until then you’ll need to make do with simply being prepared for a sudden Xbox Series X restock.

Hopefully this guide has you ready to jump on and be ready for a sudden new dump on stock, so read on if you’re looking to up your restock game.

There’s five retailers you absolutely must have bookmarked to jump into at the click of a button. These retailers are the ones to most commonly restock their hardware, and it sells out almost as quickly as it becomes available for sale.

If you’re desperate to get your hands on a new Xbox, you need to have a long hard think about whether you want to battle it out to get your hands on the $499 USD Xbox Series X, or enter into the generation with the Xbox Series S and its lower $299 USD price point. The former is harder to come by, the market is more competitive, and restocks are less frequent. The Series S, however, is restocked far more frequently, is more affordable, and quite simply easier to get your hands on.

READ MORE: Xbox Series X vs Series S – Which One Should You Buy?

Amazon, Microsoft and GameStop appear to have restock updates less frequently but are also the most competitive when attempting to get a console. Best Buy and Walmart get stock more often, both announcing ahead of time — and enough time to get you prepared to pre-order — so they’re probably your best bet in terms of pure frequency of availability.

It’s probably never been an issue prior to this generation — aside from some hardware shortages at the release of the Wii, PS4 and Switch — but you really do need to make sure you’re ready to go, pre-order, check out and pay all very quickly.

My personal experience with the pre-order system is that stock can sell out very quickly, and so you often have people adding a console to their cart at the exact same moment as you. You’re both effectively being allocated the same hardware, and so whoever checks out first gets the prize. This is why it’s so important to have your pay information entered into all of the aforementioned retailers to ensure you’re ready and raring to go once stock is made available.

It’s also worth creating a Twitter account, monitoring the #XboxSeriesXRestock hashtag, and following the likes of @Wario64 and @mattswider as they are both very proactive and on-the-ball when it comes to finding and communicating new Xbox Series X restock. 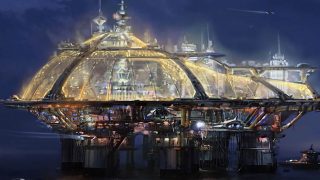 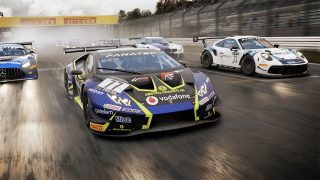