Call of Duty: Vanguard release date locked in, multiplayer to feature 20 maps on day one

Call of Duty: Vanguard has now been officially unveiled, with Activision lifting the lid and announcing its release date overnight.

We’ve also been given our very first look at Call of Duty: Vanguard following the announcement trailer earlier this week. View the trailer below.

On top of all of this, we also now have a release date and synopsis for the game to come out of the event. Vanguard will be available across Xbox One, Xbox Series X, and Xbox Series, and will hit store shelves on November 5.

It gets better: we can also look forward to the return of the Zombies mode, as well as a Warzone offering said to be fully integrated into the broader experience. A new, larger map will be introduced, as well as a “franchise-first, universe-expanding crossover”. This means an expansion and follow-on from the story established in Black Ops – Cold War.

“Witness the origins of Special Forces as you play a pivotal role and change the face of history, forming Task Force One in a gripping Campaign across four major theaters of war. Become an original Special Forces Operator in an online Multiplayer rich in innovation with 20 maps available at launch,” the game’s synopsis reads.

“Prepare for a franchise-first, universe-expanding Zombies crossover. Immerse yourself in a fully integrated Call of Duty: Warzone experience featuring a new and massive map. This is the most connected Call of Duty ever, all powered by the next generation Call of Duty engine introduced in Modern Warfare.”

There were murmurs earlier in the week that Call of Duty: Vanguard would be set in a post-WW2 world, with an alternate reality to follow the allies as they continue hunting down Nazis across the planet.

The actual synopsis for Vanguard reads a little different: players will “witness the origins” of Special Forces as they “change the face of history”, forming Task Force One in a “sprawling World War II narrative campaign spanning the Eastern and Western fronts of Europe, the Pacific, and North Africa.”

The trailer and details above don’t detail too much about the core Vanguard multiplayer experience, but we do know that Zombies, Warzone and the traditional multiplayer component will return.

Additionally, Activision says that Vanguard will feature “20 maps on day one at launch”, which is huge,

What are your thoughts on the announcement and details thus far? Sound off in the comments below! 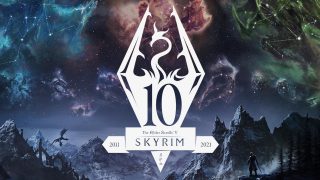 Next →
Another Skyrim special edition is on the way including an Xbox Series X upgrade
Click here to cancel reply.

This actually looks great. WW2 is my favourite COD setting. MW was amazing but Cold War was shockingly underwhelming.

it's going to be an absolutely epic end to the year.

i hate it but i'll still buy it

@Americat, literally every person that buys cod every year.

@RedBaron, it pretty much is, isn't it? i thought it was free-to-play

I know we anticipated this but i'm rather underwhelmed tbh