Xbox ‘doing something different’ with Series X, distances itself from PlayStation and Nintendo

For almost two decades, three companies have gone at it head-to-head in the battle for gaming console superiority. Sony’s PlayStation has come out on top the most, but not by much, with Xbox (Xbox 360) and Nintendo (with both the Wii and Switch) offering the level of market-based competitiveness that can only mean good things for gamers.

After a successful first console, a record-breaking Xbox 360 era, and a troubled Xbox One era, the team at Xbox is looking to truly redefine and refine what the brand means for gamers. That may well mean taking the Xbox Series X and Series S in a different direction to the mainstream.

In many ways they’ve already achieved this. Xbox Game Pass is without a doubt the most value-packed gaming subscription on the market. Nothing comes close. It’s also exposing gamers to a range of AAA and indie games that they may otherwise never have played.

The Series X and Series S also allow your average joe to access “developer” mode, effectively turning the console into an emulating dream.

Throw in some fairly important and impressive technical and performance feats, and there’s definitely growth there for the Xbox Series X and Series S to become not just the dominant gaming console this generation, but also the most unique.

In a chat with Games Radar, Xbox head, Phil Spencer, spoke at length about his vision for the future of Xbox, and whether or not gamers could expect a similar direction to what’s been seen on PlayStation platforms (ie. a heavy focus on first-party games).

“Our strategy is not to just go be like someone else,” Spencer explained. “I get a push sometimes of, ‘where’s your version of this or that [game]?

“I’ve been in the industry for a long time, I have a tone of respect for creators on all platforms, and I know many, many of them.

“But it’s good if we’re doing something different than what other platforms are doing. We’re not in the business of just trying to create a green version of somebody else’s blue or red coloured platform. That’s not the example of creativity that I want to see in the games industry.”

The Xbox brand has changed substantially from what was a very trouble and uninspiring launch to the Xbox One. Former Xbox head, Don Mattrick, launched a console that forced motion controls and internet connectivity on consumers, whilst also removing pro-consumer feature such as used game support.

A lot of that was removed when Mattrick moved on from Xbox, but much of the damage was done. Once Spencer joined, however, it led to the introduction of backwards compatibility, Xbox Game Pass, and eventually the Xbox Series X, which is arguably the best Xbox console yet.

What are your thoughts on Spencer’s comments? Sound off in the comments below! 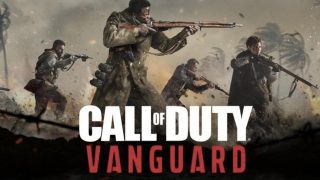 Xbox is basically a Switch now. Or is slowly turning into one. Mobile gaming is the tits, and cloud is getting better. Game Pass slowly getting all of the dangeon crawlers and RPGs that are on Switch.