This year’s Call of Duty entry, expected to be in development at Call of Duty: WWII and Advanced Warfare developer, Sledgehammer Games, is set to be revealed in August according to a new report.

The folks over at DualShockers report that publisher, Activision, is expected to lift the lid on Call Of Duty 2021 in late August. This would align with the reveal of last year’s Black Ops – Cold War, but is later than the usual May/June reveal window for all Call Of Duty revealed prior to last year’s entry.

Interestingly, and much like how Black Ops – Cold War was revealed, Activision is reportedly set to reveal the game initially through easter eggs and cryptic messaging in Call Of Duty: Warzone.

Reporter Tom Henderson says Call of Duty 2021, codenamed Vanguard and expected to be called Slipstream, will be revealed in late August to coincide with Activision’s involvement in Gamescom, which takes place August 25-27 in Cologne.

Warzone, the Call of Duty franchise’s acclaimed battle royale service, will be used similarly to how it was used for last year’s Black Ops – Cold War reveal, through the likes of in-game messaging, codes and reveals. Warzone is primed for a new season, set to start in mid-August, so it would make sense for the time to be used to promoted Call of Duty 2021.

Back in 2013, Activision unveiled a three-pronged approach to development of its Call of Duty franchise. It started with Infinity Ward’s Call of Duty: Ghosts, with Sledgehammer’s 2014 entry Advanced Warfare followed by Treyarch’s 2015 entry in Black Ops III. We saw a relatively clean stream of development through to 2019 and Infinity Ward’s Modern Warfare, but things took a turn for the worst last year.

Sledgehammer Games was supposed to be working on last year’s entry, but reports of slow progress led to Treyarch and Modern Warfare Remastered developer, Raven, taking over the project, which led to the surprisingly solid Black Ops – Cold War.

This raised questions as to Sledgehammer’s continued involvement in the franchise, given we had seen similar outcomes ahead of Modern Warfare 3‘s release, when, in an ironic historical event, helped a fractured Infinity Ward finish development while the studio managed its own internal challenges.

However, whatever issues Sledgehammer faced last year appear to be out the window, with the studio now primed to release Call Of Duty 2021, ahead of Infinity Ward’s Call of Duty 2022, which it’s already started planning for.

Sledgehammer hasn’t officially been confirmed as Call of Duty 2021‘s developer, but all signs point to the developer taking over the reings once again.

Back in January, the studio posted a cryptic Tweet saying, “Power on, power off — let’s try this again” in an obvious wink and its 2020 series troubles.

Additionally, the studio went on a mass hiring spree back in December 2020 (via Charlie Intel), and has continued to expand its offices in Melbourne, Australia, suggesting growing focus and resources being funnelled into its Call of Duty 2021 efforts.

If all goes to plan as predicted, we could be mere weeks away from the game’s reveal. 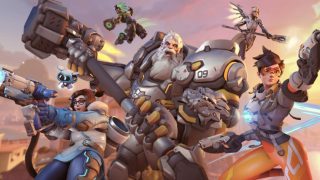