No, people didn’t mistake the Xbox One X for the Xbox Series X

A number of reports yesterday claiming Amazon consumers had mistakenly bought the Xbox One X instead of the Xbox Series X — an obvious attempt to paint Microsoft’s admittedly confusing console naming in a bad light — don’t really reflect the full, or true, picture of what actually occurred.

It all began when Andrew Alerts on Twitter posted a screenshot of Xbox One X on Amazon showing a 747% increase. 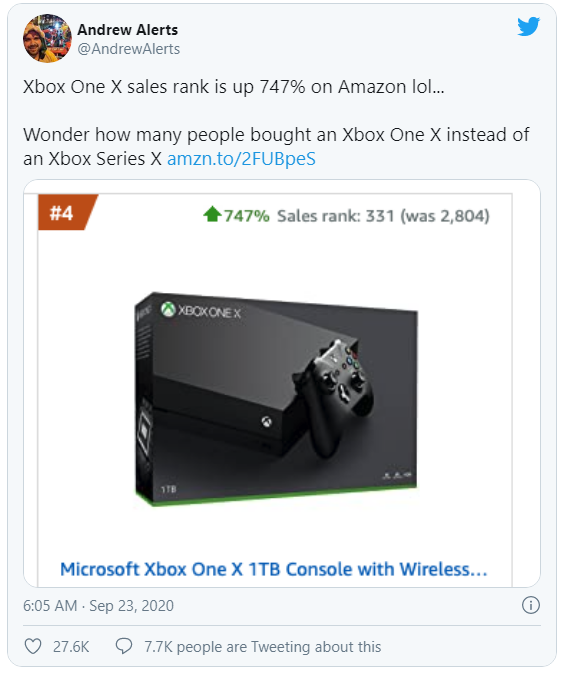 Many outlets, including Kotaku, Press Start Australia, and even Gamespot claimed that sales increased by as much as 747% at one point (Press Start has since amended its piece to accurately reflect the increase). Except that’s not entirely true. Actually, it’s not even remotely true. And the initial Tweet pretty much tells us this.

Looking at that specific image, it clearly reflects that the sales rank increased by 747%, not the total number of sales. This is a huge difference. If you’re moving from, say, 2000th to 500th, which may merely reflect a small boost in overall sales, your rank has increased by 300%.

There’s a reason why Amazon doesn’t list sales numbers: because a jump from 2000th to 500th probably isn’t that significant.  Showing a sales number increase of 5%-10% probably isn’t that large in the grander scheme of things, and won’t attract eyeballs or interest from consumer as much as saying “300% INCREASE!” in bright green letters.

Of course, that’s not to say there isn’t some element of confusion with the naming, but to suggest it actually fed into large swarms of people accidentally buying the Xbox One X en masse is hyperbolic at best.

Today, for example,  Chrono Chross on PlayStation — the original PlayStation — has seen a 5,866% increase in rank, but that’s up from 4057 to 68. There’s no reasonable explanation for that aside from the number of sales needed to jump from 4000 to the top 100 isn’t that much. Although the gap between, say, 20th and 1st is probably rather significant. The closer you get to the top, the more actual sales needed.

There’s no doubt some coincidence there that the sales rank suddenly went up at the same time pre-orders opened, but making the connection between brand confusion, and a huge sales increase to the level that reflects large rates or erroneous purchases is fairly irresponsible. 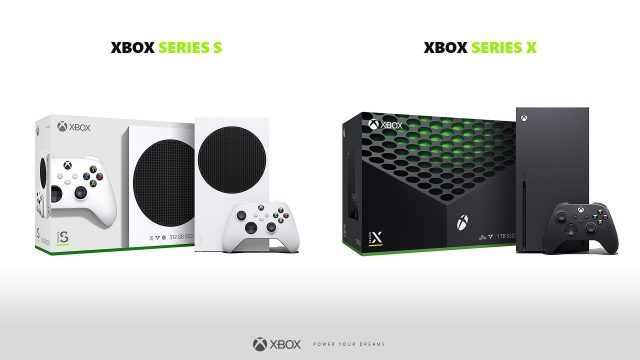 I admit that the naming of the new Xbox consoles isn’t great by any means, and I can appreciate that there would be some confusion there, but the ranking increase to me merely reflects a sudden increase in interest in Xbox products, to the level that some people simply gave up on their Series X dreams and instead invested in a One X.

360 sales for example rose in August 2013, the same month pre-orders for the Xbox One went live. It’s not uncommon to see old hardware receive a boost close to the release of its successor, but to make the connection as a reflection of consumer confusion is excessive.

← Previous
Missed out on an Xbox Series X? It's not the end of the world 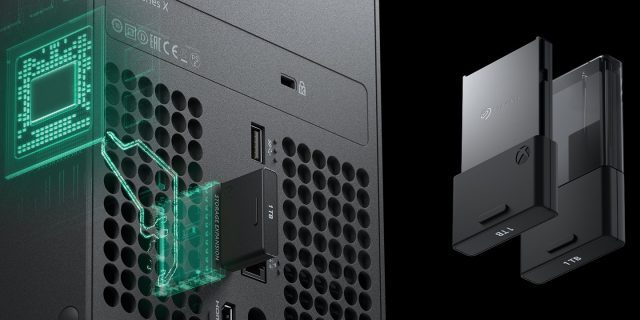