Missed out on an Xbox Series X? It’s not the end of the world

If you’re like me, you’re probably not inclined to pre-order. You don’t pre-order because you know that either stock levels will be normalised to a degree that you can just walk up to the counter on launch day, or because you hate the thought of parting ways with financial commitment without fully knowing or understanding the product you’re getting. It might be a combination of both.

Okay, so with the Xbox Series X, there was an exception to the rule: I anticipated stock shortages only because the PlayStation 5 anticipated higher-than-expected pre-order numbers mere days before, and because I am desperately in need of a new Xbox.

I am certain there are many others in a similar situation than I — in need of a new piece of hardware, with PC not being a viable option for them — and so to ensure they actually do get something as soon as possible, they’ve at least tried to pre-order the new hardware (that is, if they didn’t face crashing websites and uncertain delivery times).

Day one stock shortages aren’t necessarily common, but they’re not uncommon, either. The Nintendo Wii, PS4, and Switch all went through some form of stock shortage, and we now have two consoles in the same generation, releasing days apart, also now presumably under stock constraints. 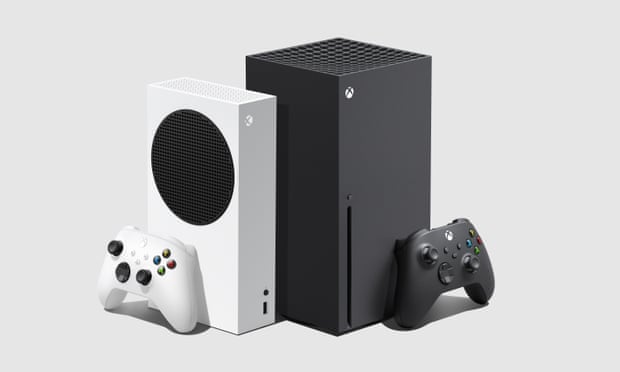 But that’s beside the point: the question is whether the rush was really worth it. The answer of course varies from person to person — take my situation for example — but if you’re one of the many in a “take it or leave it” situation, and you’re wondering if you’re missing out, then my strong recommendation to you is to not worry all that much: you’re really not missing much.

Aside from the excitement of it all, that is: because that’s all there really is to go off of in any console’s first 6-12 months. Excitement. The prospect of owning something brand new and shiny. Ironically, from what we’ve seen of both the Series X / S and PS5, there aren’t major changes on the UI front, and there hasn’t been a game yet that really demonstrates the type of leap we expect given the hardware specs for both console ranges. We probably shouldn’t expect that for a year or two yet.

In past years, namely with the 360, PS4, and then Xbox One and PS4 launches, there was a clear divide between the “next generation” launch games, and the cross-generation titles. This year that divide is even smaller, and most of the best, more anticipated games are also coming out on Xbox One and PS4. The uptake of new hardware seems much faster than what it was with the Xbox One and PS4, but publishers still seem fairly intent on servicing older hardware for quite some time yet.

Look at Cyberpunk 2077 as a prime example. The game is coming out on PS4 and Xbox One in the coming weeks: its “next gen” release is merely an upgrade, and comes at no additional cost. You’re not losing out on much.

There are actually few examples where the generational leap is truly on display within the first 12 months of a console’s release. The obvious examples are sports games: the leap from NBA 2K6 on Xbox and Xbox 360 was substantial, as was the leap from 2k14 on 360 to Xbox One. Most of the other cross-generational games didn’t see anywhere near as significant upgrade where actual game modes and features went through the same sort of technological leap as they did in NBA 2K14.

What’s also an important thing to consider here is that, unlike with past console launches, games are still very much being promoted for current gen hardware. Call of Duty: Black Ops Cold War is still first and foremost a PS4 game: we know very little about its PS5 prowess. The same can be said of Ubisoft titles Assassin’s Creed: Valhalla and Far Cry 6: there’s very little to suggest these games will be major improvements on PS5 or Xbox Series X / S.

If you’re on the fence about the initial investment, and if you’re wondering whether or not you missed out on the hype, I think my key recommendation is to think holistically about the next-generation transition. Yes, the new hardware looks great, and yes, we’re talking about rather significant graphical and other technical upgrades. But there’s likely a reason why stock can’t meet demand at the moment, and it may not be that people are merely buying new consoles in record numbers. It may just be that both Sony and Microsoft are managing stock to ensure a slow, successful transition, to effectively force people to stay in the current generation.

That means that, if you’ll still be with a PS4 or Xbox One over the Holiday season, you can still expect heavy investment and great games leading well into 2021.

Are you investing in the next generation early? Why or why not? Sound off in the comments below!