Halo Infinite gameplay is finally here. It’s long been touted as the definitive Xbox Series X game, set to launch alongside the console later this year, but Halo Infinite has still been clouded by a shade of uncertainty, with developer 343 Industries battling a mountain of expectation, disappointment, and hype. The first Halo Infinite gamepla footage — all eight minutes of it — will undoubtedly be enough to answer any questions one might have.

A cinematic trailer opened the Xbox Series X-led Xbox Showcase overnight, but that’s not why we watched: we wanted to see Master Chief in actual action, and we got just that, with, full-blown campaign demo on display.

Disappointingly, no multiplayer was on display: but that’s okay. At the very least we got to see Master Chief and Halo Infinite in all their glory, after a long wait as doubt continued to grow about the Xbox Series X’s definitive lack of first-party exclusives.

The demo opens with Master Chief crash landing, and then bashing his way through a hoard of the Banished, our memorable baddies from the very awesome Halo Wars 2.

We see some classic ol’ Halo gameplay, alongside some Warthog cruising across the map, which appears quite large based on objective and location setting on display during the demo. With a more open-world approach on hand, this could be a return to the sandboxy, open-world nature of the very first Halo in Combat Evolved, which was less hand-holdy than past games, and more about exploration and map planning.

The rumours have now also been confirmed: Master Chief will indeed have a grappling hook. Given it’s become a staple of the open-world action game over the past decade, it was probably going to happen eventually, so it’s hardly revolutionary or surprising here.

Check out the trailer for our first look at Halo Infinite gameplay, and let us know what you think in the comments below! 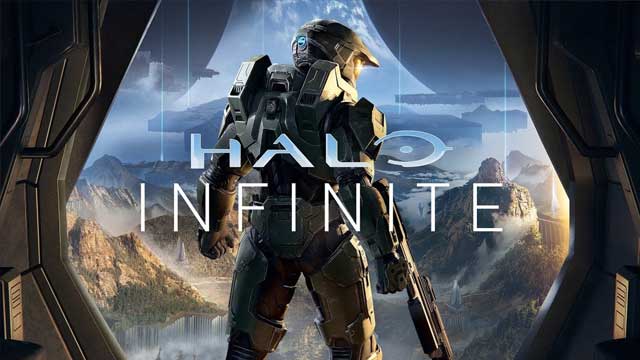