Modern Warfare FR 5.56 Attachments Guide: How To Build The Best One-Shot AR In The Game

The FR 5.56 in Modern Warfare — aka the FAMAS — is perhaps the most underrated, under-utilised, and downright unbeatable assault rifle in the game. Here are the best attachments for the most efficient loadout.

It can’t be stressed enough how useful and accessible this weapon can be, and whilst it’s certainly not without its downfalls, it stands as one AR that I would highly recommend giving a shot at some point during your play.

Perhaps the biggest downfall of the FR is that it’s a three-round burst rifle, which can turn some players off. However, in a camp-heavy, angle-focused game like Modern Warfare, it’s actually the perfect asset if you’re looking to climb the ranks and improve your SR.

It’s seemingly difficult to handle and master, but it has a balanced learning curve, and once perfected, can make you near-unbeatable in one-on-one battles across other assault rifles.

The downside is that the FR dictates staunch precision: you won’t have the time to get back on target if all three shots from a burst miss the target. You can make up some ground if one or two shots make target, with the second burst then finishing off the player, but you’ll need to be quick. Very quick.

Ultimately, with Modern Warfare‘s insane time-to-kill being so low, the balancing act here is a weapon with high damage output across a high fire rate, alongside what is a fairly staunch expectation that you’re going to hit the enemy’s torso roughly at least 50% of the time across two burst, and 100% of the time across three bursts (unless nailing a headshot).

So, how does one achieve this? Well, the FR is basically designed to be held in ADS: every corner, every building, every camping spot, you want to be aiming down the sites, and then moving the enemy into your line of fire. To do this effectively, you not only need an FR with high mobility, you also need the weapon’s recoil reduced essentially to zero, and you want a solid scope, one that isn’t intrusive and doesn’t block blindspots.

Here’s the ideal setup, which will turn the FR into an unbeatable, one-shot-kill beast.

This barrel will impact your mobility slightly, which goes against what was mentioned above, but the plus side is that it increases bullet velocity, damage control and recoil, which will help you in long range battles.

This Optic will hit your ADS speed, but it’s not intrusive, has a slick frame, and makes targeting enemies easier given it’s smoother and crisper viewpoint.

This attachment will help increase movement speed when in ADS, meaning you can quickly move while ADS without sacrificing too much movement speed.

This will make up some of the aiming stability lost with other attachments, whilst also forcing the weapon into a more stable state when firing, thus minimising recoil.

This will increase the speed from sprint to ADS, so if you do need to rush into a space

I don’t personally run with a perk with this weapon because I don’t feel like any of them really compliment the weapon’s best traits. That said if there is any one perk you want to run with on the FR, I’d probably say that the Rear Grip can be replaced without much impact to the overall quality of the above loadout structure.

What are your thoughts on the FR and the above attachments? Have any suggested changes? Sound off in the comments below! 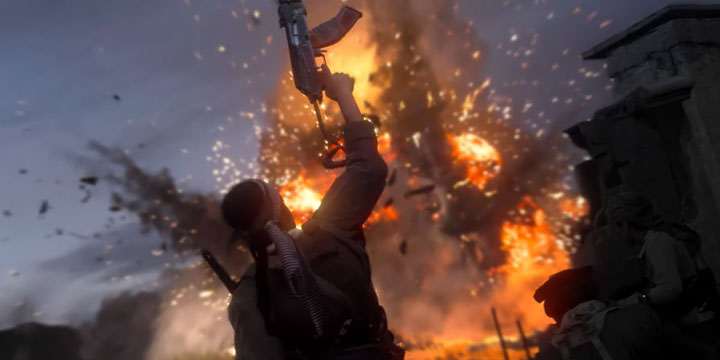