John Carmack, industry stalwart, id Software co-founder, and lead programmer on Doom, Quake, and Rage, to name a few, has had quite a bit to say about the modern shooter on the Joe Rogan Podcast, targeting the likes of Overwatch for allowing players that “suck” to still win.

Of course, Carmack was simply highlighting the different ways in which modern games reward team and individual play, but his message was clear: modern games simply aren’t as challenging as they used to be.

“Modern games, things like Overwatch, can be jumped into a lot more easily because team play is another aspect of that, where if you’ve got a team you could be on the winning team even if you suck,” Carmack said.

Carmack believes that games like Overwatch can surround poor players with a good team, and that, “[you] can jump in and have the chance to say ‘Yeah, yeah, I won,’ even if you didn’t contribute at all.”

“You start off being completely useless and then you slowly work your way up to being able to contribute effectively for your team,” he explained.

Elaborating on his comments, Carmack detailed how Quake, a game he effectively created, permitted a more challenging and confronting 1v1 experience, whereas Overwatch was almost entirely focused on team work.

“Quake gameplay winds up brutal, tending towards blowouts,” Carmack continued. “It was frustrating, and it did not have the approachability for new players. It wasn’t so clear when we were making it, but it’s a brutal game. Players could take control of games, leading to blowouts.”

While there is nothing wrong in the comments Carmack made, it doesn’t appear to be as much of a dig at Overwatch and modern shooters, so much as it’s a reflection in the change of design philosophy.

You can check out the full interview with Joe Rogan below. His Overwatch comments are at 21:12.

← Previous
Modern Warfare on Switch isn't happening, so what does Activision have planned for the console? 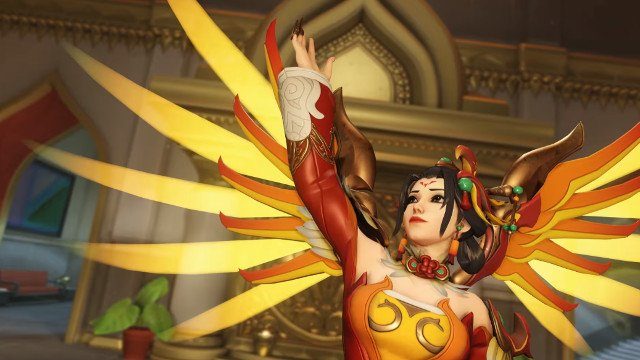 He's not wrong. The matchmaking is rigged to give you a 50/50 win rate. MMR is always watching your recent games, this tells the game if you're doing good. You're doing good you get SHIT teammates on purpose. The game wants the other team to have a 50/50 chance of winning instead of simply pulling people from a similar SR and letting them rise and fall. It's a cushioned way to rank people. I played at GM and you can still see it. Overall the game just lost its luster because of these matches. Role queue fixed the stability of a general team comp, but hasn't dealt with the core problem a lot of people have gameplay wise. Some heroes take way too much FPS skill and not enough MOBA tactics (Widow) cheapening the game. Then we have CC that far too many heroes have. Doomfist being nothing but CC and what he's turned into for the meta is no surprise.