PUBG Xbox guide: How And Where To Find Weapons

PUBG has finally hit Xbox One, bringing with it the crazy open-world battle royale experience to consoles for the first time.

With the game now hitting the console and going on live on servers across the country, many console gamers who hadn’t previously tried the game out on PC are jumping into one of 2017’s biggest games for the very first time. 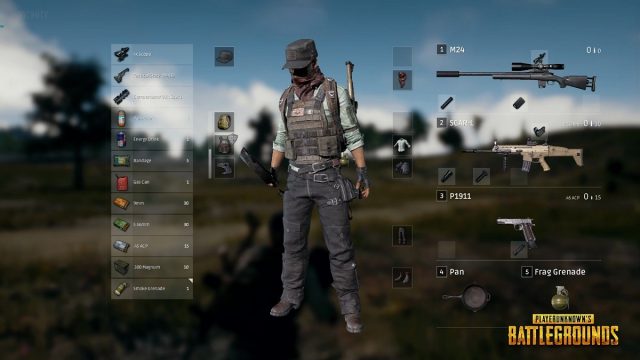 Understandably, that initial experience comes with some growing pains. Thankfully, we’ll put together some guides to ensure you’re fully prepared and ready to go when you first land.

Obviously an important component of the experience, weapons ultimately act as the difference between you and enemies in the world. There’s a wide variety of weapons on offer across pretty much every category, including guns, bows and arrows, and melee weapons. Whatever your style, you can bet there’s a weapon that suits it.

There is a general consensus that certain areas of the mode yield certain types of weapons. As an example, if you’re after standard gear, you could head to Rozhoz, whereas the Military Base in Sosnovka offers more in the way of assault rifles and supplies (as you might expect at a military base…).

What’s important to note is that weapons spawn at random, and the locations will vary: while you’re more likely to find specific supplies in the Military Base, it’s not impossible — although it is unlikely — that you’ll find similarly useful supplies in Rozhoz.

When you’re first coming into land after jumping in, you really want to try and land as quickly as possible, and as close to building as possible, while keeping a good but not too great a distance from enemy players.

Building tend to house at least something that can be useful, be it a weapon — often guns — ammunition, and supplies.

If you keep to the open grounds and hope you might come across some sort of rare and special weapon, you’ll be searching for a while because weapons will rarely — if ever — spawn out in the open. You might get lucky if a player has dropped something upon being killed, but it’s unlikely that a player skilled and smart enough to search for a good weapon would be dumb enough to just be out in an open area to be mowed down.

← Previous
PUBG Xbox One servers are now live in Australia: Here are the release times for your region