Destiny 2 classes: The best choice for your play style

Destiny 2 is an MMO, but don’t expect the classes to have the typical class structure of healer, tank and damage dealer. Bungie have instead gone for an approach where each class is balanced and able to contribute to the group in a number of ways.

There are three main classes that you should know about, which include warlocks, hunters and titans. Each class gives you a different way of playing Destiny 2 and each one has key strengths in different areas. Take the time to familiarise yourself with each class to figure out which one best suits your playing style.

This class is a jack of all trades and perfect as the starter class. If you’ve let the first Destiny slip by your fingers and want an approachable introduction to the franchise, then the warlock class is the one to pick.

The warlock class is great at dealing on a group of enemies, as can be seen by Dawnblade’s Daybreak and Voidwalker’s Nova Bomb abilities. They also provide a number of light support abilities for the group.

However, you might find the jumping style of the warlock is a bit floaty. Give it some practice because the best abilities of this class are aerial orientated like the Winged Sun and Icarus Dash. Getting the timings of the jumps is important to pull off these special abilities.

Overall, the warlock class can be described as damage dealing, yet provides minor buffs for the party and there are a few healing abilities. You can compare this class to the paladin or white knights classes of other MMO’s.

The hunter class is one of the most rewarding if you’re the type of player that likes to move around a lot. However, they also have the high learning curve because of the small amount of damage they can take, and the triple jump mechanic can be difficult to grasp.

The mobility factor of this class allows you to be creative with the way you unleash damage onto a pack of enemies. You can sweep in and out picking them off one at a time, or throw yourself in the action knowing you can quickly dodge attacks when needed. 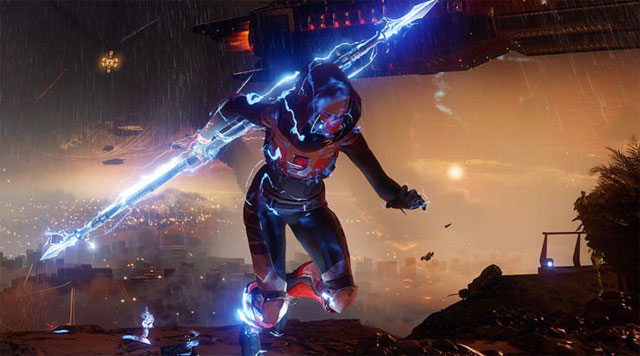 Their low health is something you need to be aware of constantly to not die. Timing the shield recharge times correctly before jumping back into battle is essential to make it out of a scrap alive.

They can be the MVP of the group when speed is of vital importance. For example, some boss fights require you to get somewhere fast to grab an item – the hunter class is tailor made for this. Unfortunately, the hunter class is mostly a self-serving one which means they don’t provide buffs to teammates.

The Marksman’s Dodge ability allows you to move out of the way of fire whilst reloading at the same time. This is typical of the gameplay where dodging and launching a counterstrike is the way to go instead of hiding behind cover.

Do you feel like you die too often with the hunter or warlock classes? Then switch to the titan class as it’s much more forgiving, and its core strength is survivability. It can be compared to a tank class, where the damage dealt is not high but they can absorb a lot of damage.

Destiny 2 is at its core a multiplayer game, but if you want to play solo then the titan class is perfect for that as you can take a lot of damage yet still be able to push onwards past checkpoints.

When you get to the end-game the Sentinel Shield ability will prove to be a life saver as it can stop incoming damage for your entire team. This class is ideal for those who don’t like to move around as much and enjoy a slower pace of play.

Titans are a necessary part of a group when you go on raids, so if you pick it you’ll be sure to find a spot on a roster without a problem. It’s also a great class to check out if you’re a new player to the Destiny franchise.

Each class has sub-classes that provide variety in the gameplay. You’ll need to check each one and see how the special abilities work. There is no need to pick a favourite class as you can rotate them on a regular basis to keep the Destiny 2 experience fresh.

However, with the number of classes and subclasses there is enough variety here to find something you’ll like regardless of your playstyle. Play each class to its strengths and you’ll be one of the more feared players in no time at all.

← Previous
Overwatch season 6 meta: The winners and losers since season 5 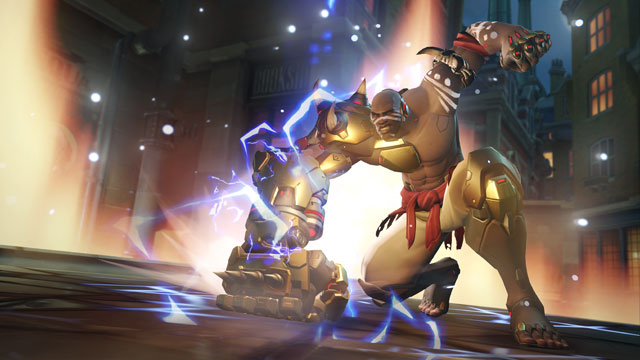