Blizzard ‘committed’ to Overwatch reporting system on PS4, Xbox One

If you’ve played your Overwatch competitive placement matches (at the very least), chances are you’ve come across a leaver, a griefer, or an AFK teammate that completely ruins you and your team’s flow.

A report and penalty system has been in place on PC for a while, allowing players to report naughty opponents and teammates directly through the game. On console, however, the issue is a little more complicated, with Xbox players reliant upon the console reporting system, which goes directly to Microsoft via Xbox Live and not Blizzard. The report is seen as an Xbox Live indescretion, as opposed to a specific Overwatch one.

The good news for console players is that there is an automated penalty system in place for leavers, which increases incrementally after multiple indiscretions. Cheeky players are finding ways around this, however, by simply joining and leaving a game time and time again in an effort to purposefully throw a match. This has led to calls for a more active and aggressive reporting and penalty system, as the automated process isn’t faultless.

Thankfully (for PC players, at least), Blizzard has been hard at work to improve the in-game reporting system. Community manager, Lylirra, took to the forums yesterday to explain the progress, and how Blizzard is working to improve the competitive experience for Overwatch players.

“We believe that our in-game reporting and player penalty system is one of our most important features, and it’s something we want to invest in significantly over the next year,” they said. “To this end, effective immediately, we will be issuing increased penalties to players in response to verified reports of bad behavior. In Overwatch, that means anything from abusive chat, harassment, in-game spam, match inactivity (being intentionally AFK), and griefing. If you see someone engaging in any of these types of behaviors, report them. Players in violation will be silenced, suspended, or even banned from the game as a result.”

Regardless of Blizzard’s efforts here, people will continue to find ways to ruin the experience for others. That said, it’s important that Blizzard is working to improve that experience by increasing the penalties for repeat offenders.

On console, the story is a little different, but at the very least Blizzard is trying to find ways to introduce an internal, in-game report system.

“We also remain committed to bringing a reporting system to PlayStation 4 and Xbox One,” Lylirra said. “As console players ourselves, we know it’s been frustrating to not have this functionality on your platform. We are actively working on the feature and have many elements of undergoing internal testing right now. Our goal is to implement similar reporting options as are currently available on PC, and any improvements made to PC between now and when it’s available. “

The biggest hurdle for Blizzard lies in working with both Microsoft and Sony to implement in-game report features that are independent of the ones available through their corresponding consoles. Reports are sent over the Xbox service, rather than directly through a game’s own launcher as is the case on PC.

It would be great for we console scrubs to report whinging players that throw a match because they can’t player their favourite hero. 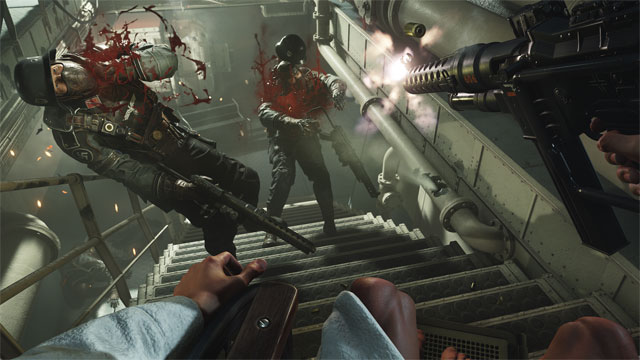