Shadow of War’s fortress siege is an E3 highlight

Monolith Productions’ 2014 gem Middle-Earth: Shadow of Mordor was yet another licensed offering from WB Games that hit the mark and found ways to innovate. Shadow of Mordor was strangely lacking on the story front, instead relying on the aesthetic gruel of J.R.R. Tolkien’s universe. That made for a game that was all about combat grunt, although it was ultimately only about a third of the game Monolith wanted to make, according to members of the development team at E3 2017. With a sequel in Shadow of War on the horizon, Monolith has been all about showing off the evolution of the first game’s Nemesis system, a gameplay system that actively and uniquely changes the story layout for each player.

It’s clear from the get-go that Shadow of War has a larger, and perhaps broader story this time round. If you saw the gameplay trailer out of E3, you’d have noticed the comical nature and dialogue between orcs and our main hero in Talion, who returns from the first game. This represents a small part of just how much larger the storytelling scope in Shadow of War is, with a Nemesis system that has shaped up to be one of my highlights of E3 2017 so far.

Battling through the world of Middle-earth, you’ll come across the nasty and cheeky Uruks orcs. These folk are either intent on killing Talion and taking control of his army, or, if possessed and dominated by Talion, fighting beside him to the death. You’ll come across these Uruks either randomly throughout the world, or during the explosive new fortress sieges, which more or less shape the Nemesis system’s shift towards a more streamlined and rewarded nature of progression.

The main difference here is that, unlike in Mordor where dominated Uruks were used kind of like spies to bring down orc ranks, they are now used to literally join your army and fight beside you. Interestingly, if an Uruk manages to kill you, they’ll gain strength, which can actually be used to your advantage: while they’ll be harder to kill the next time you battle them, they’ll drop better loot and armor, as their rank has increased. I can definitely see how confident players may look to exploit this system, purposefully dying so as to boost the loot ranks among the orcs in a fortress. That’s actually how it turned out for me during my playthrough, albeit unintentionally, with one of the Uruks going up in rank and dropping better loot in the process once I did eventually take them down. 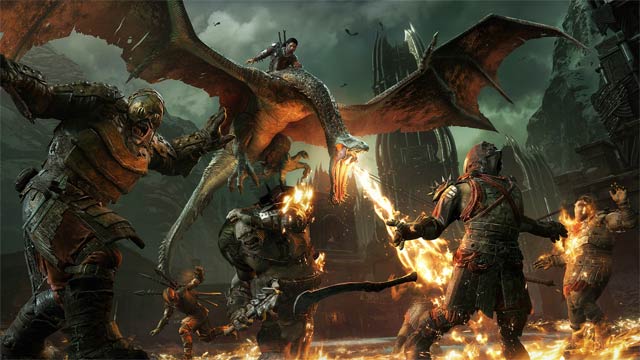 Storming a fortress in Shadow of War made for one of the more exciting and satisfying moments of the show so far for me. I had the option of exploring the world — which I did, but there wasn’t enough time to do anything worthwhile — or spend timing breaking into and seizing a fortress. A stand out on the combat front is that the hack-and-slash nature established in the first game and evolved from the Arkham series is offers more to test and take advantage of, and it was all admittedly a little too much to take in. You can certainly just button mash your way through endless waves of enemies, pressing Y to counter and A to avoid a heavy attack, but this leads to a lengthy and repetitive bout, one that could be finished off promptly by taking advantage of special meters and Talion’s abilities. I essentially found myself just pressing X over and over again, with the developer sitting beside me reminding me of the many different features and abilities available. Maybe in a more casual environment I’ll come to appreciate these a little more.

Broadly, however, Shadow of War‘s combat and fortress system is objectively deeper and tougher to navigate than Shadow of Mordor‘s. Each fortress has a set number of defenses, with strengths and weaknesses on display to help you establish a more efficient approach leading into battle. You can upgrade Talion’s abilities, and add dominated orcs to your army, also each with their own range of special abilities. The tactical layout of a fortress siege goes like this: capture three of the marked points across the map in a process not unlike what many of us are used to in matches of Domination in multiplayer games. Clear out enemies, mark the spot and capture it. That’s of course easier said than done, and you’ll have to take out some Uruk leaders first. Do so and you’ll net some great armor and loot. Next up, make your way to the fortress chamber, where you’ll battle the overlord in what is essentially a boss battle.

Nothing’s ever as straight-forward as it seems, though. Once I did reach the chamber, I found myself bombarded by archers along the top balconies, with large and powerful orcs stomping all over me on the ground. I never had time to dominate because whenever I’d start the process, I’d be hit from somewhere. From here, I found my way up to the top levels, where I dominated the archers and had them work for me. Once they were sorted, I focused my hits on the larger Orcs, who appeared to be making the most ground in shorter periods of time. This allowed me to eventually dominate and take control of the battlefield, but never did I truly feel to have turned the tables in my favour. It was a tough battle, which I lost, although the good news is that if you capture the preceding areas of a fortress, you can simply return and head straight to the overlord’s chamber. Be wary, though: he’ll be stronger, and won’t hold back on jeering you for having lost the last battle.

What I find most interesting about these sieges and how they incorporate the Nemesis system is that it doesn’t quite feel like a gameplay formality, more like culmination of everything the world itself has to offer. The developer sitting with me said I could just wait for the overlord to leave the fortress, and then take him out stealthily, but this means playing the waiting game for something that may never happen. It might happen straight away for you, though, but never for me. Shadow of War wants to offer an experience that is completely different player to player, with the outcomes of fortress sieges a reflection of the random nature of the world’s offerings. I saw some crazy, hilarious stuff in my time playing Shadow of War, and it certainly made for one of the more exhilarating moments out of E3 2017 for me. 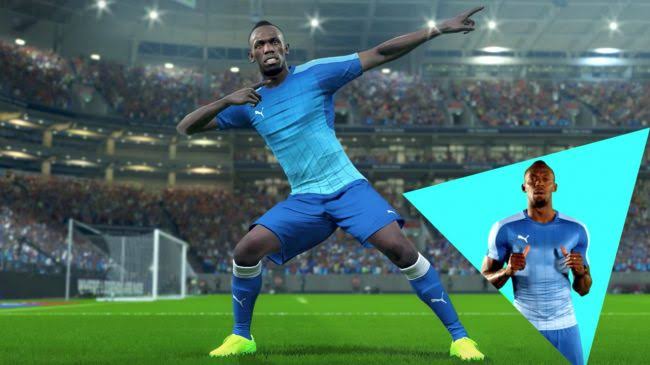