Overwatch Season 5: How to prepare (and better) yourself for Comp Play

It goes without saying that the bread and butter of the Overwatch experience lies in the game’s Competitive Play. The only problem is that, unlike Arcade and Quick Play, Competitive Play (CP) stands as a ruthless, punishing experience that shines a bright light on your perceived skill set.

Overwatch‘s season 5 of Competitive Play goes live on May 31 at 5PM PDT (June 1, 10am AEST), and you’ll jump straight into your 10 placement matches before an overall skill rank is determined.

If you’re keen to make the most of the next season, improve your skills, and climb through the ranks, hopefully this guide will help you.

Your CP performance is reflected in your Skill Rank, which measures your performance, wins, and losses, and determines your overall score (or rank). The higher the score, the more skill the game perceives you to have.

The problem with this ranking system is that it can be a little inconsistent in how it deals with wins and losses: you may find yourself rising up the ranks slower after a win, than you do fall after a loss. That’s the nature of the beast: you stand to lose more if your team loses — regardless of how you perform — than you stand to win if you come out on top. 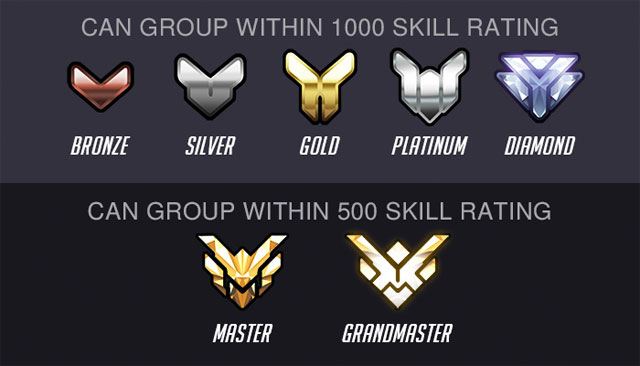 Blizzard’s approach here is actually rather simple: the better you are, the more likely you are to communicate and play as a team, and so therefore, the less those losses will hurt. If you go on a losing streak, you’re going to really feel the pinch, because with each corresponding loss, you’ll drop further down the rankings.

The good news is that the same goes for wins: go on a winning streak, and you’ll find your SR gain to be rather significant. I personally went from a score of 1800 after placement to 2500 in only a few hours, because my team went on a ridiculous winning streak across more than 15 games.

Placement matches aren’t the be-all and end-all of the Overwatch CP experience, at least not as much as they used to be in the earlier seasons. Reason being because your SR mostly carries over from the previous season, so unless you win all ten matches, get a bunch of gold medals every match, and just utterly destroy the opposition above the rate of your previous season’s SR, you’re likely to stick around in the same rank. 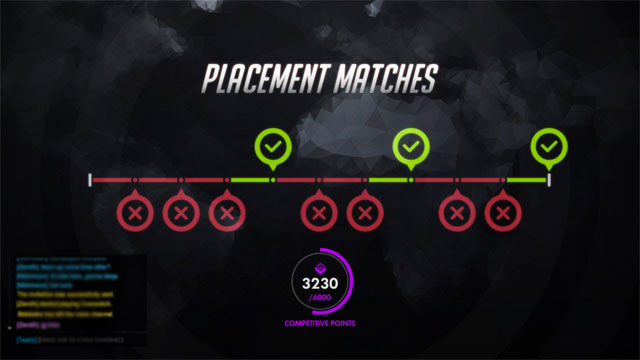 Placement Matches are still a good means of gauging your interest, and coming to terms with how CP functions. It’s also an interesting way to test the seasons meta, which changes from season to season. In season 4, for example, Bastion and Orisa were frequent picks (for whatever reason), and so it’s good to use placement to acknowledge picks like that, and learning how to counter them before your SR matches begin.

Focusing On The Game

Unlike Quick Play or Arcade, CP dictates 100 percent of your attention, simply because you stand to lose so much. Having distractions in the background and people around bugging you stands to not only hurt your influence on the game, but also make things tough for your teammates. No one wants that.

If you leave a CP match, you loose around 100 SR, and be banned for around 10 minutes. Constantly leaving mid-match will see you banned from the mode — and potentially the game — forever.

Jump into Competitive Play when you have the time to dedicate at least a good 20 minutes to a single match.

Not only do you stand to ruin your placement matches and ranking should you have to leave early, but you ruin it for your team who have all settled in to have a bout of Competitive Play.

Quick Play Is More Useful Than You Think

Quick Play isn’t quite what it used to be. After the introduction of CP, it slowly became a cesspool of boosters and players simply wanting to earn themselves individual in-game accomplishments.

That means that it lacks much of the direction and structure of a CP match, but it’s important to keep your cool and use the mode as intended: a quick, fun way to play Overwatch without much in the way of punishing skill rankings or gains.

I’ve personally had experiences where teammates have laughed at me for taking it so seriously, but it’s easy to just mute and ignore players like that, and to continue using Quick Play to test your own skills.

If you’re aiming to crack that top 500 — which is no easy task, no matter what the many YouTubers tell you — then you’re going to need to be proficient with every single hero in the game, as being really good with a handful won’t cut it. Skirmish is good to test heroes out, but Quick Play at least offers an objective, and team composition for you to balance your skills out with.

Ideally, you want to be proficient in two of DPS, Tank and Support heroes, so that should you need to switch during a match, you can to one of those heroes.

Be Your Team’s Shot Caller

You may not be the talkative one, but sometimes taking the initiative and being the leader goes a long way to boosting your stats and rankings. Once you crack into the Gold tier, you’ll notice players being a little more open to team composition advice and structure.

Sometimes your team’s healers may be struggling, or a hero you main and know you can be particularly good at in a match is being used by someone else. Make the effort to be the shot caller, and shape your team’s composition to how you think the game should be won.

While your choices and recommendations might not be perfect, it’s a conscious effort by someone to be a little more structured as a team, and you’ll find that your teammates are more likely to then play as a team.

Try To Play With Friends

Ideally, you want to play with friends that you trust can carry the team if your own shot calling isn’t making the different. You always want at least one tank and one healer on your team, so make it that your stack has those heroes covered.

There’s two ways to queue in Competitive Play: solo, or with 2 friends, 3 at the most.

The reason for this is because if you move beyond that magic No.3 figure, but have less than a full team of 6, you’re likely to be matched against a 6-stack team that is well organised.

If it’s you and three friends, you still have two solo queues on your team, so your communication isn’t perfect. While everyone may be in the team chat, you’re not all familiar with each other.

Solo is probably the best way to go if you can’t find anyone you know. Staying as a team after a match probably isn’t ideal, either, unless you have a fully stacked team all in team chat.

If you’re in solo queue, chances are you’ll be matched against other solo queues, bringing the match quality down closer towards your own personal skillset, as everyone is similarly placed.

Take A Break If Needed

This is especially important in placement matches. If you lose 2-3 matches in a row, take a break for a few hours and then return.

This isn’t due to matchmaking or anything like that: it’s just because when you go on a losing streak, you tend to fall into bad habits. 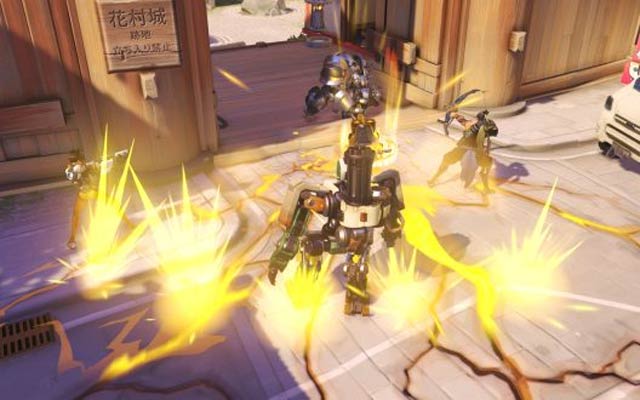 Personally, I admittedly find that I distance myself from my team in an effort to improve my own performance. That doesn’t help anyone, especially in Competitive.

If you find yourself struggling, play a few hours of Quick Play to get back into some good habits, and improve your skillset a little.

Have any tips for players jumping into Season 5? Sound off below!