Mass Effect: Andromeda‘s skill tree is rather extensive. Broken up into Combat, Biotics and Tech, you’ll be able to shape your Ryder character into the ultimate pathfinder warrior/explorer/whatever.

When you first scan the three distinct skill trees, you may notice that one of the skills under the “Tech” skills is listed as “unknown”. If your interest piked and you’ve been wondering what that is and how to get it, don’t worry: you’re certainly not alone. 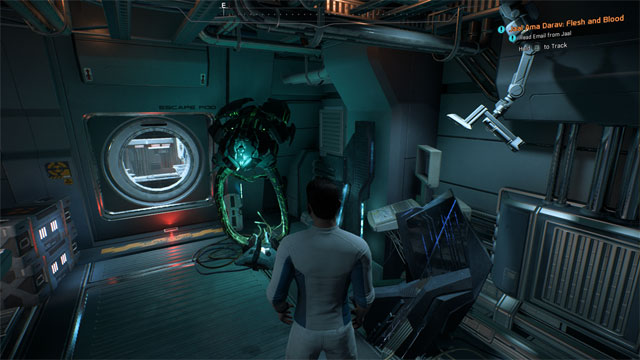 The skill is actually the “Remnant VI” skill, which unlocks a Remnant Observer to be called upon during battle.

Thankfully, unlocking this skill and purchasing it is fairly simple.

Complete the vault challenge on Eos

Begin the “PEEBEE’S SECRET PROJECT” mission, listed under “Allies and Relationships” in your journal

On the Tempest, head to the escape pod, which is in the same area as the galaxy map and bridge crew at the front of the ship.

Peebee will do her standard teasing routine, and will ask you not to peek as she works on her secret project. At this stage you should have received one piece of rem-tech necessary to unlock this mission. She’ll thank you for it, which will then open up a romance dialogue option should you be so inclined.

Once your interaction with Peebee ends, head over to the email terminal (behind Suvi) and read Peebee’s email with the subject, “Rem-Tech”. She’ll ask you for a piece of rem-tech from Voeld.

Navigate to Voeld, and follow the navpoint Peebee has given you. Once you get there you’ll uncover a monolith site guarded by Remnant. You’ll have to take them out.

You’ll then need to solve the Remnant glyph symbol puzzle. There’s only one symbol to find, and it’s near the ground on a block near the edge of the central platform.

Head back to the Tempest and back to the escape pod. Peebee will stop you from going in. She thanks you for the final piece of rem-tech, and that she’ll give you her secret project the next time you’re on the Nexus.

Head to the Nexus. Walk to the second floor, where all of the apartments are, and head to the last apartment to the right. Peebee will let you into her apartment when you try to open it. Here she’ll reveal POC, a “proof of concept”. After the reveal, her friend Kalinda will enter for a brief discussion. 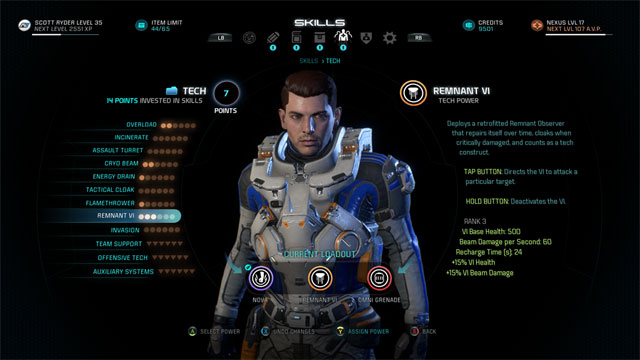 This should open up the “unknown” tech and rename it to “Remnant VI”, which is a controllable Remnant Observer by the name of Zap. Purchase the skill to call upon Zap during battle.