Mass Effect Andromeda AVP and Cryo Pods guide – How to unlock them, and why they’re important

Mass Effect: Andromeda uses Andromeda Viability Points (AVP) to determine the viability of planets and the Andromeda galaxy broadly. And don’t worry, you’re not alone in automatically thinking of another sci-fi franchise: it sure is an unfortunate name to give an important game feature.

So what does AVP do, exactly? Mainly, AVP opens yourself and the Andromeda Initiative up to special perks, which will allow you to approach and complete missions with more efficiency and effectiveness.

AVP plays an important role in that, but unfortunately, the game doesn’t do a very good job of explaining it all. In fact, it’s all rather vague and cryptic. In this guide, we’ll take you through AVP basics: how to earn them, when and where to use them, and why they’re so important.

How To Unlock AVP

In order to unlock the AVP feature and get started in setting up a new home in Andromeda, you need to complete the “AVP Cryo Deployment Perks” mission, which opens up once you colonise Eos.

Speak to Addison in Nexus Operations, and then move on over to Brecka. It’s here you’ll learn about the AVP Status Terminal on the Nexus and Tempest.

How To Earn AVP

AVP can be earned a number of different ways in Mass Effect: Andromeda.

Scouting out new planets is probably the most obvious way, as the more planets that can sustain life, the more viable the galaxy is.

You can also complete Alliance missions on planets, take out enemy outposts, and reconnect Remnant Monoliths and Vaults to improve a planet’s environment (we’ll cover this in another guide).

When you’re on a planet, open up the planet map (via the pause menu). You’ll see that there is a “Viability” rating. The obvious goal is to get each potential world up to a 100% Viability rating. Every time you earn AVP, you increase the viability of a planet. Once a planet’s viability reaches at least 40%, you’ll be able to set up an Outpost. Some planets may require additional tasks and benchmarks be met before an outpost can be created.

How To Earn And Spend Cryo Pod Points

Your AVP level is actually just a small piece in a much bigger puzzle.

With every increase in AVP — achieved by increasing the habitability of planets, as listed above — you improve the Nexus level. With every new Nexus level, you earn a Cryo Pod Point.

The Nexus houses all of the pods needed to help expand and colonise Andromeda. With a Cryo Pod Point, you can “wake up” a pod from cryo sleep, and then send it out to planets to do a specific job.

Think of it this way: once you unlock a Cryo Pod Point, you use it to wake up one of Science, Military or Commerce crews to complete a set job in your colonies.

Each pod offers special rewards, such as loot boxes, gameplay bonuses, and more. You can claim rewards from the AVP Status Terminal in the Tempest research room, or on the Nexus in the operations room. 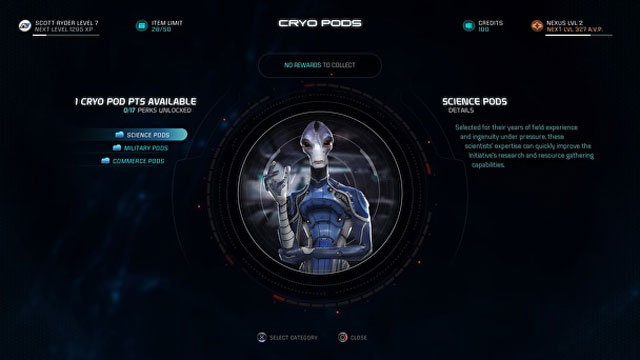 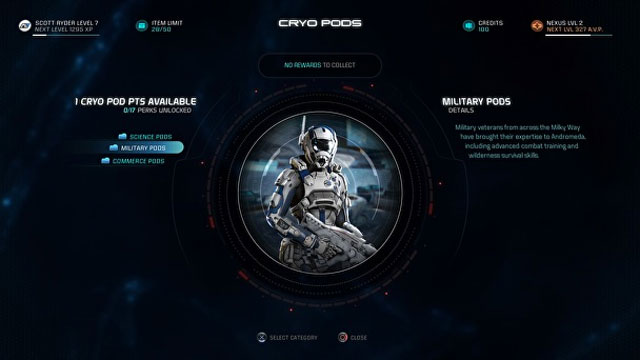 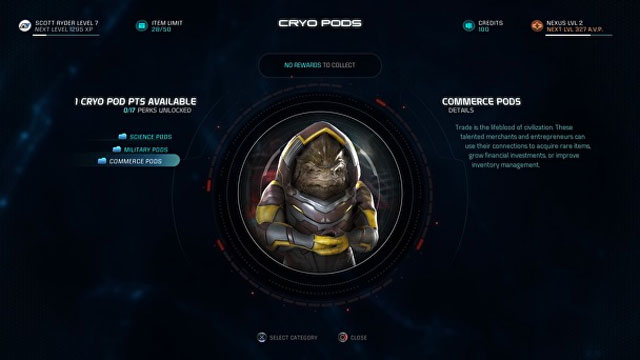 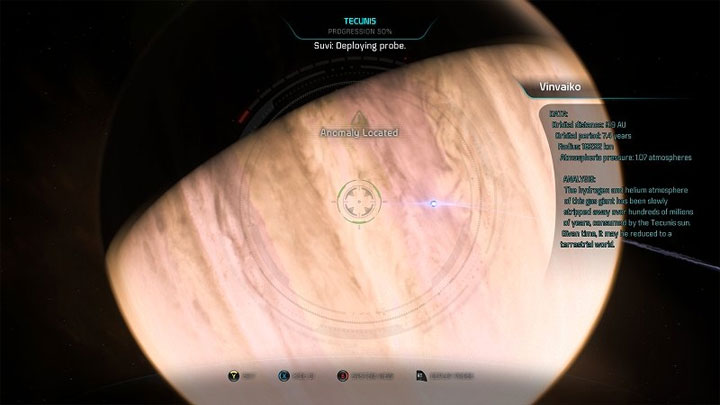