The launch of the Switch overnight reignited interest in Nintendo’s living room credentials.

However, a bizarre and frustrating backflip suggests the company still has a long way to go before gamers can trust its online credentials.

Rarely does a console launch alongside one of the greatest games of all time. Breath Of The Wild is now officially the leading contender for Game Of The Year, and it’s already embedded as one of the all-time greats.

And yet somehow, in a way only Nintendo knows, the system’s credentials have been undermined by an underdone and comically archaic online profile.

While the Switch lacks much in the way of dedicated multiplayer-centric software, it’s tough to give Nintendo a pass on having already fluffed the system’s online functionality.

A little over a month ago, Nintendo said Switch would do-away with Friend Codes.

“There are no friend codes in what we’re doing,” Nintendo of America’s Reggie Fils-Aime said.

Understandably, the gaming world rejoiced, because Friend Codes are utterly ridiculous. I hate them passionately, and in my eyes they represent Nintendo’s slow approach to both appreciate and embrace online connectivity.

The 12-digit system was introduced in 2006 alongside the Wii, and Nintendo must have misinterpreted the popularity of Friend Codes as a product of the console’s record-breaking run.

It is current year, and Nintendo is still relying on a connecting system that no one — ever — has praised.

We should have seen the writing on the wall before the Switch launched: Fire Emblem Heroes uses them for what I’m sure is ridiculous reason. Only Nintendo would rely on a random 12-digit access code to connect people on a SMARTPHONE, when there are countless social elements at play on the tech.

At launch, Switch allows you to add users by either searching for local players, adding a friend code, or rummaging through players you’ve recently played with.

That’s not unlike what’s available on Xbox and PlayStation, but the friend code system is an ugly outlier that accentuates Nintendo’s contempt — or ignorance — for online play.

So what’s the reason for this utter fluffing? I can’t fathom how a console can launch without searchable usernames. I know it seems trivial, but when you factor in Reggie’s comments and the delayed launch of the paid online subscription, the Switch launch suddenly seems to stand as a precursor to a more refined, balanced and contemporary model — be it hardware or software — by the end of the year.

Polygon reached out to Nintendo about the debacle, and the response is fascinating.

There’s an option to link the Switch with your Nintendo Account, and then gathering and adding friends via social network contacts from Miitomo and Super Mario Run.

“We are planning it so that friends from social networking services will be listed as candidates, too,” Nintendo said.

With the launch of the console and Breath Of The Wild, Friend Codes aren’t by any means a dealbreaker. It’s just disappointing that hopes for a new, reinvigorated Nintendo have been crushed by something so shockingly … well … “Nintendo”.

What are your thoughts on Friend Codes? What sort of system would you like to see instead? Sound off in the comments below. 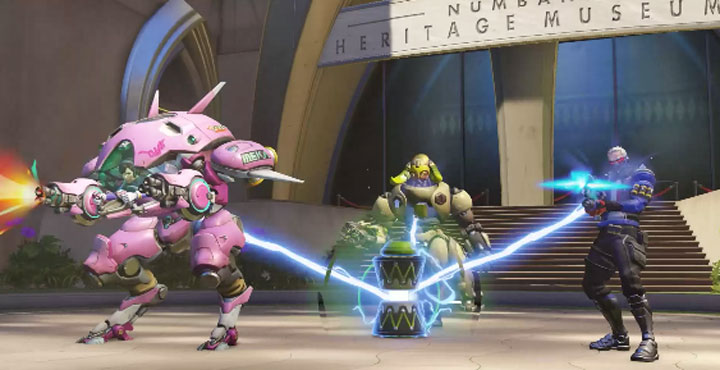 ← Previous
Overwatch Orisa insight: A look at her abilities and skins