Halo Wars 2 Blitz and Firefight guide: Tips to get you started

Blitz is the unique and exciting new mode that is set to redefine the Halo Wars 2 multiplayer experience.

Whereas the core Halo Wars experience could always be found in unit training and base building, Blitz relies on a simplified system of card-based combat, in which a player’s strategy and skill are put to the test against opposing factions.

In this guide, we’re going to taking you through everything you need to know about Blitz, including the side-mode, Firefight.

The main philosophy of Blitz is simple. It’s a competitive mode, one that offers up between 1v1 and 3v3 battles of strategy and skill.

Your primary objective is to score more points than your opponent over a 12-minute period.

To do this, you’ll need to hold more Control Zones than the opponent in order to have a consistent increase in points. If both teams hold the same amount of Zones, no points are awarded. 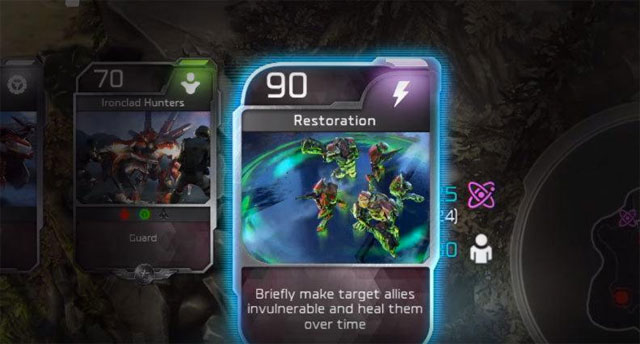 You will earn one point for every 1.3 seconds you control more Zones than your opponent. If you control all three zones, you’ll get a Total Domination bonus, which games you one point every 0.7 seconds.

To win, simply be the first to reach 200 points.

When you start a match in Blitz, you’ll have 50 Energy to use on your base and units immediately. You’ll regain one Energy every 0.7 seconds, but you should still be mindful of how much you are spending.

There are supply drops, which help boost your Energy stocks a lot faster. You’ll be in a battle with the opponent to reach these drops before they do.

Blitz tips to get you started

There are many different ways to approach Blitz, and having some knowledge of Halo Wars fundamentals certainly wouldn’t hurt, even if this mode is unlike anything we’ve seen in an RTS game before.

One way to gain the upper hand is to simply avoid the enemy, monitor your base, and rush to collect supply drops. This will allow you to build up units faster and smash your opponent with sheer numbers.

Alternatively, you could rush the enemy from the start and deplete their own resources, and then take it from there. 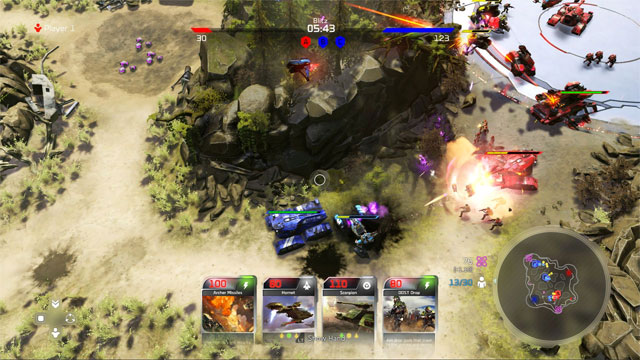 It’s probably not worth trying to get the Total Domination bonus early on, as only a particularly weak opponent will allow this to happen. Try to focus on having one Zone more than your enemy, and defending these areas. There’s no use trying to rush out looking for a fight, when it’s the opponent looking to come back at you, not the other way around.

Ensure you take out enemy units before you try to take Energy Crates, as any energy dropped by these crates will be automatically picked up by the closest unit. There’s nothing worse than running over, destroying crates, and having enemy units scoop them up without even trying.

Firefight is basically Blitz’s hoard mode, in which you and a friend come up against increasingly tough waves of enemies.

There’s no clear objective to win in Firefight, unlike in the base Blitz mode. Instead, your goal is to survive for as long as possible.

Unlike in Blitz, energy does not replenish over time in Firefight.

You’ll start each match with 200 energy, but all other energy must be collected from supply drops. Firefight tips to get you started

The goal in Firefight is actually to defend, not necessarily attack.

This means that any card decks with a focus on map or battle control will serve you particularly well. 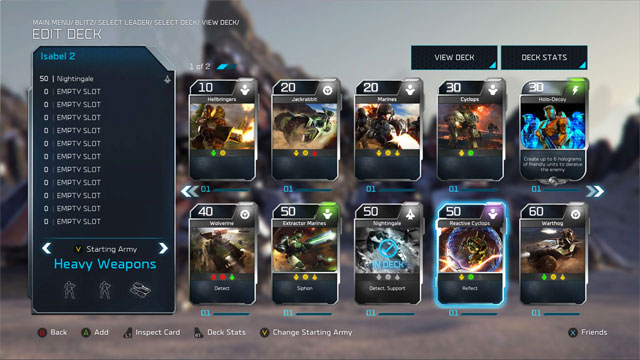 The enemy won’t rush to collect supply drops, but you should really only aim to get them when the coast is absolutely clear.

Also, don’t allow the enemy to hold more than one zone at a time: if they do, put together a strong attack team, rush the objective to get it back, and then head back to the main base. Never leave your bases vulnerable and/or empty to attack.

Next →
Halo Wars 2 Blitz cards guide - The best packs to use
Click here to cancel reply.