Sniper Elite 4 is an easy game to fall in and out of love with. In one instance you can be casually strolling through the Italian countryside side, stop, prop, mark your enemies and take them out one by one. When Sniper Elite 4 works, it works well, and few action-stealth games respect the craft as much as it does.

In another instance, however, you’re battling finicky controls, which all too often leave me wasting precious lung capacity as I sprint away from a battle that could — should — have been avoided. 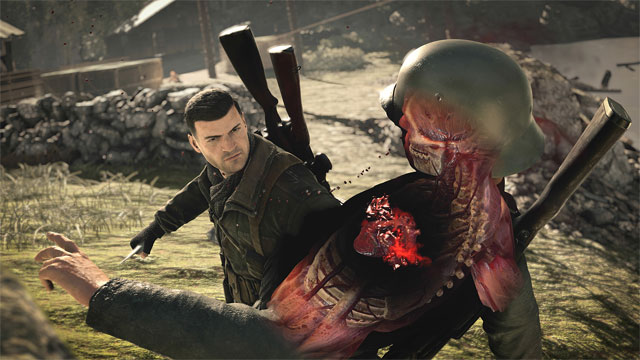 Sniper Elite 4 does more more good than bad, though, which makes it a nice little adventure ahead of the gaming silly season.

There are two main standouts here: the openness and well-structured layout of the game maps; and, of course, the base sniping mechanics. Let’s talk about the latter first.

What’s important to know before jumping into a game like Sniper Elite 4 and those before it is that this is actually a stealth game first and foremost. It offers you the tools to be the best darn sniper ever, but it also actively discourages you from using those tools a majority of the time. 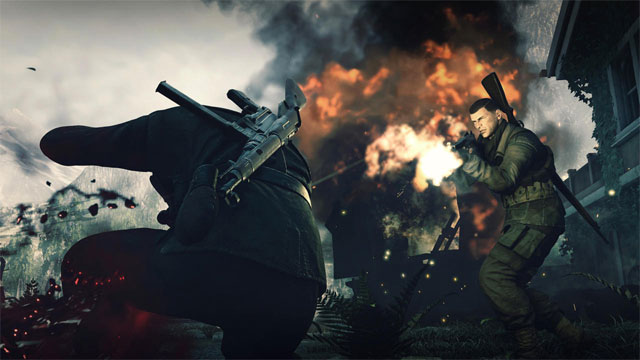 I know what you’re thinking: to be a sniper is to be stealth, and you’re right. So by nature, a game called Sniper Elite 4 is going to be a stealth game. The problem — or maybe dilemma is a better word to use here — is that it’s sometimes so hard to avoid the game’s most brutal, aggressive, and violent tactics, many of which can easily break your cover.

That, I think, is what makes Sniper Elite 4 such a great stealth game: it teases and propositions you with so many options, but it can be totally unforgiving in how it responds to the more irresponsible of actions: if you’re not a patient player that can embrace those stealth mechanics, the game world will have you for lunch.

So how do those mechanics work? A lot of the time they work well, grounded in realistic restrictiveness, which is actively frustrating but seemingly part of the natural environment the game is set in. 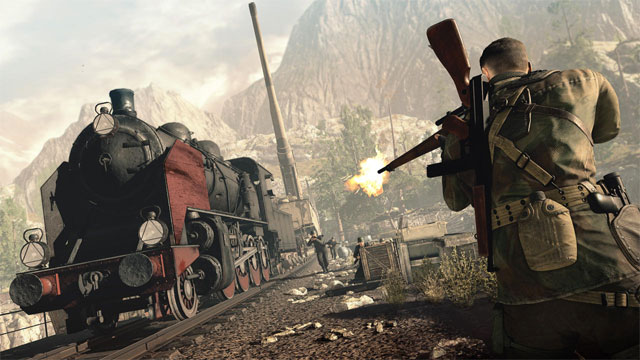 They also work well in allowing you to become the perfect sniper, and reward you as such. Just as those before it, Sniper Elite 4 offers the full package when it comes to sniping: the challenge, the planning, the guess work, the patience. Importantly, the satisfying, grotesque and certainly wrong killcams that act as the ultimate reward for your patience and hard work.

If you’ve dabbled in earlier entries, not much has changed here, but not much needed to. This is a system that has worked superbly for a number of years over a number of entries. There’s a balancing act between difficulties, which leads to a rather steep learning curve in perfecting the craft: factoring in bullet drop, winds, and other environmental factors is nothing new in shooting games, but Sniper Elite 4 celebrates these more than most.

I think what has allowed the sniping to stand out despite having gone through such minimal change is the fact the world itself has evolved so much, into a position where the core gunplay and stealth mechanics function merely as additional gameplay elements, rather than as the driving forces of the experience. 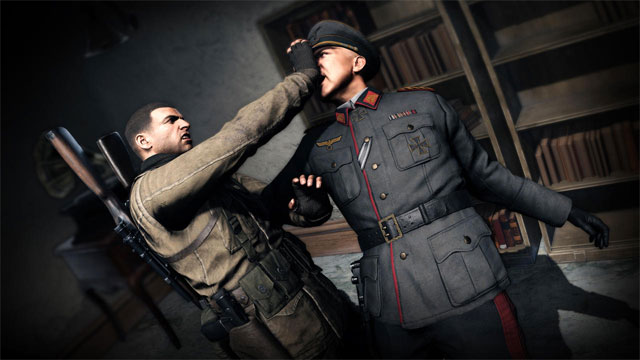 The world is in many ways the centrepiece: it opens the door and welcomes you into a world of violence that looks deceivingly beautiful. One second our hero Karl is looking out over the Mediterranean, the neck he’s rigging explosives and absolutely shredding through multiple enemies at once.

Therein lies my next heap of praise for Sniper Elite 4: the flexibility it offers you to experiment and trial new ways to progress through an area. I tried completely avoiding all enemies and taking out a target with hand-to-hand combat. I tried taking out every marked enemy one-by-one from a distance. I tried meleeing every single bad guy in the area. I rigged explosives and boobytraps. I sabotaged engines and generators to act as sound cover. I wouldn’t say I did everything, but I definitely tried to.

It was easy to establish what Sniper Elite 4 does so well, because there’s a lot there. But there are a few things that hold it back from being one of the genre’s all-time greats. 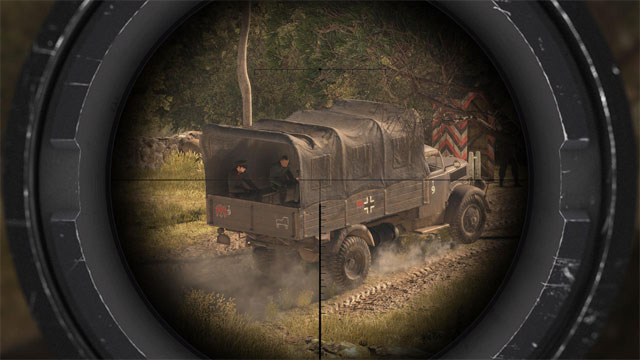 Reaction times are a little off, and some questionable button mapping doesn’t help. All too often I found myself trying to melee an enemy, but instead picked up a nearby dead enemy because both actions rely on the same input.

As much as I love the scale and design of the maps, I can’t say I’m a massive fan of the sandbox approach to small, distinct districts within those maps. As an example, you could be battling four or five bad guys in one area, but their friends further down the road won’t have a clue about what’s going on.

I suspect it would have been a challenge to find a balance between all-out chaos if your character is discovered, and structured combat in specific areas, but it took me out of the experience a bit.

In the early days when I was still learning the basics, I often came under direct fire. Breaking line of sight was easy enough, but I was never under threat from anyone other than the two or three guards that saw me. 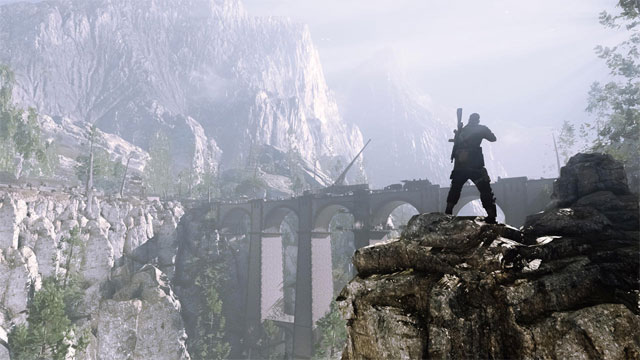 Admittedly, I enjoyed working within those sandboxes at times, even if they did break away from the grand scale the maps want to project. One standout moment for me was dragging out four guards at once, crushing one with a crane, and then as the other three scramble about, detonating some TNT.

That’s where Sniper Elite 4 excels — in being just an all-out playground for your evil plans — I just wish the AI was a little more intelligent in its responsiveness and tactics.

I could talk about the story at this point, but I’m not sure it matters: Karl Fairburne is an okay if shallow and mostly forgettable character, like as if he’s been taken straight out of a PS2-era shooter. I could never really care for the story, but at the very least the world and narrative attempts to structurally piece together the context behind each mission. I can appreciate the effort, but there’s a reason why I couldn’t care less.

That’s because this is a sandbox, designed to offer you the freedom and flexibility to do whatever the hell you want. Drowning it in complex plot points and characters probably would have taken away from that: the chaos you bring to the world is really the only story you need here.

NOTE: This review will be updated post-launch with multiplayer impressions.

Sniper Elite 4 isn’t quite perfect, but it’s compelling and fun enough to satisfy newcomers and series veterans alike. It certainly wants to be better than it actually is, and it’s drowning in ambition. It’s held back by some really trivial design choices, but these are far from deal breakers. At its best, few stealth games are as rewarding and brutally satisfying as Sniper Elite 4.