Fire Emblem Heroes has been available for all compatible smartphones for a week now, and we’ve spent some time collecting data from various players on who they think are currently the best units to summon.

These units are in no particular order, and data comes from players who use characters who aren’t at their highest levels or at their max stats.

Here are some of the recommended characters you could do good with on your team in Fire Emblem: Heroes. This guide will be updated every now and then with new units as they become available.

Lyn, Lady of the Plains 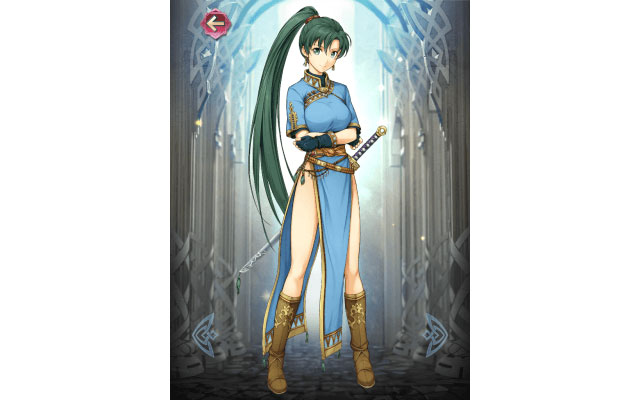 “She’s pretty much ridiculously powerful on initiative, since she can learn Galeforce.” – Lincoln

“She’s got good speed and attack growths. She’s a bit on the flimsy side, though- but her weapon lets her attack twice without letting the other person attack if she’s got lower health!” – Jun

Lyn is a rather powerful damaging hero who has a range of strong offensive skills, and happens to currently sport one of the highest speed stats in the game.

In addition to this, her passive skills alongside her weaponry turns her into a fierce unit when she falls below half her health points.

She gains an extra +7 attack thanks to her ability Defiant Atk and her sword, the Sol Katti, causes all of her follow-up attacks to happen immediately.

Lyn’s special skills improve her ability to be a sweeping unit, tearing through teams. Galeforce will grant her the ability to take an extra turn right after combat., and Astra further powers up her already powerful attacks.

Spur Spd comes of use when helping the units on the frontline to make follow-up attacks. 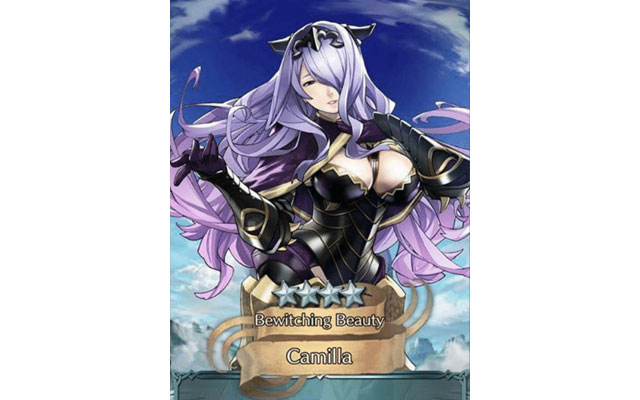 “She has pretty good defense and her attack stat is godly. Also her ability is so f****** good. I got her as a 5-star and she is destruction.” – Emmy

Camilla — if not famous for her sizeable chest — is rather well known as one of Heroes’ stronger flying units. She has well balanced mobility and offense.

Her best weapon — the Brave Axe+ — allows her to make follow-up attacks with an unfortunate -5 speed penalty. Thankfully to Darting Blow, she’s given a +6 speed boost when initiating combat.

Camilla is best against single units, and her Savage Blow ability allows her to deal a good amount of AoE (area of effect) damage to enemy units within two spaces of her target.

Having used the unit myself, I must add she can end up being a glass cannon, with common threats on the AI-controlled player teams that include Takumi, Lyn, Ryoma and many of the sword-wielding lords.

However, she’s a perfect hero to use for the smaller, more defense oriented teams. 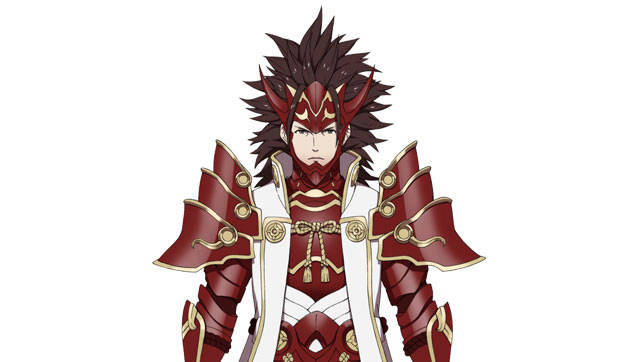 “Ryoma gets his signature weapon, the Raijinto, which allows him to counterattack any attacks, no matter what the distance. Not only that, but he’s level 11 at the moment, and has almost 30 attack, as well as possessing one of the highest speed stats out of all of my heroes.” – William

Ryoma, as he is in his flagship game, Fire Emblem Fates, is a very powerful physical damage dealer, having incredibly high attack and speed.

His signature weapon — The Raijinto — gives him the ability to counterattack outside his melee range, allowing Ryoma to combat ranged units like Takumi and even Leo.

This weapon, combined with Defiant Attack 3, gives the Peerless Samurai a grand 7+ attack below 50% of health.

In addition to his high attack, Astra grants him bonus damage, making him a threat to tanks like Hector, Young Tiki and Fae. Hone Speed 3 gives adjacent allies +5 speed, which could give ranged units a double advantage on enemies.

While I’m using two red units (Roy and Corrin), my party shows a slight unbalance, however due to my Roy’s overwhelming strength and health, he can stand up to some of the fiercest units of any type.

What’s your current team in Fire Emblem: Heroes? Sound off in the comments below.