Perhaps the most intriguing and appealing thing about the Fallout series is its gritty yet charming 1950s-era aesthetic.

Bethesda has created such a diverse, engaging and inviting game world, one with an endless stream of surprises and challenges.

Certainly one of the more unique and enjoyable aspects of the modern Fallout experience is that of its hacking mechanics, in which players can break into computer terminals and attempt to find the password to gain access.

Something tells me Russian hackers are a little more advanced than this, although CNN doesn’t seem to know otherwise.

In a segment about Russian hacking, the American news channel used a superimposed and angled screen from a Fallout 4 terminal hacking section. 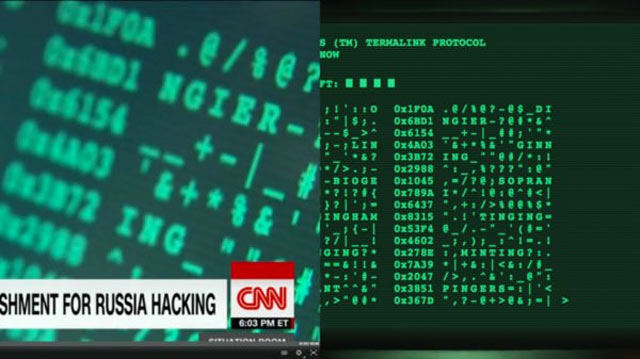 Spotted by Redditor Poofylicious, it’s pretty clear that the screenshot was taken directly from the game.

As you can see, the images share the “NGIER” text section, as well as other letters and symbols scattered throughout the image.

It seems like a rather trivial incident, but it’s funny nonetheless: perhaps in a segment as serious and real as Russian hacking, CNN should use something a little more, erm, real to discuss and explain the act of maliciously accessing someone else’s information, because a Fallout 4 screenshot from a hacking game that a 10-year-old could crack doesn’t quite cut it.

You can view the minor (and hilarious) discretion here at around the 1:00 mark.