Pokemon Christmas gift ideas for the Trainer in your life

Due to the immense popularity of the Pokemon franchise, buying a gift for any Pokefan is a considerably easy task.

There’s immense merchandising opportunities for its several hundreds different pocket monsters, not to mention 20 years’ worth of games and products, with new merchandise always being made.

But with so much choice available both at retail and online, it can be hard to find something that’s less “easy cash-in” and more “thoughtful gift idea”.

We’ve searched the internet looking for our favourite Pokemon gift ideas for the trainer in your life. Check ‘em out below.

The latest and greatest Pokemon games, these Nintendo 3DS games are an absolute no-brainer gift idea.

Breaking away slightly from the established formula of past games, they’re a refreshing new entry in this long, storied franchise.

Whether bought for someone who’s caught them all before, or someone who has never played a Pokemon game before, you can’t go wrong with Sun and Moon.

Having just been released on the Nintendo 3DS, securing a copy will be easy: just make sure they have a 3DS system before purchasing.

Keychains aren’t generally considered the most thoughtful of gifts, especially since a majority sport throwaway phrases, or feature the name of a place that person may have no connection to. But this handmade, sterling silver Charmander keychain is next level. 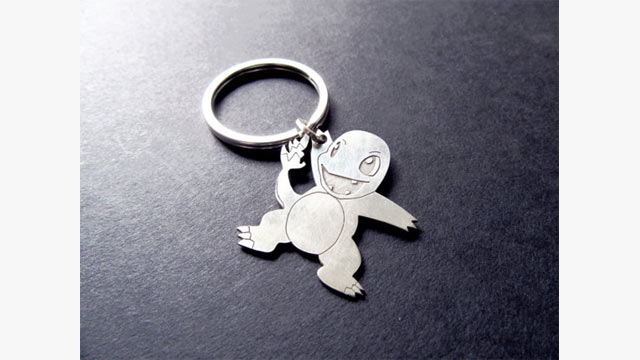 Available via Etsy, these keychains are made to order (meaning the quality may vary), but come with the guarantee they’re not mass-produced like the ones you would find in a souvenir store. There’s also a Pikachu keychain, in case you’re buying for someone who doesn’t like Charmander.

The Pokemon Center chain of retail stores are the place for officially licensed Pokémerchanise.

From cutlery sets, to figures and toys, stickers, bags, and all sorts of items draped with Pokemon faces; the Pokemon Center has it all.

Every so often the Pokemon Center makes available special themed Pikachus and plushies of other Pokemon, and for the 2016 holidays, Pokéfans can buy the Pikachu Delibird Cape Plush. 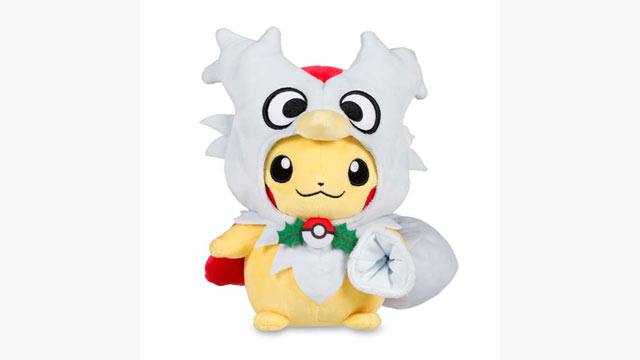 To celebrate the 20th anniversary release of Pokemon Green and Red, makers of the popular Nendoroid figures, the Good Smile Company, have released the Pokemon Trainer Red and Green figures. 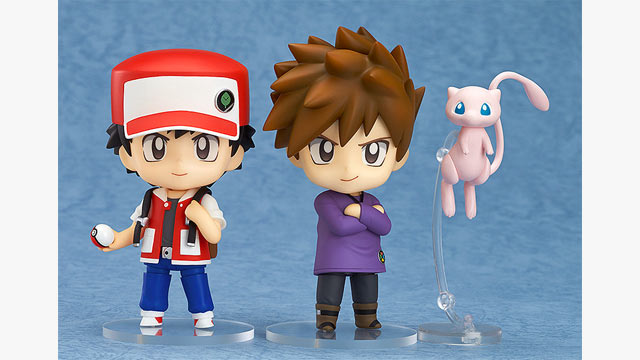 Red and Green have been lovingly crafted to resemble their style from the game’s’ original artwork, and even includes a figure for the mythic Pokemon, Mew. A must-own for older Pokemon fans.

Nanoblocks are huge in Japan. They’re basically the country’s answer to LEGO, only a lot more compact and stylish. They’re available in a wide range of different styles, from real-world locations, to themed sets and, yep, even Pokemon. 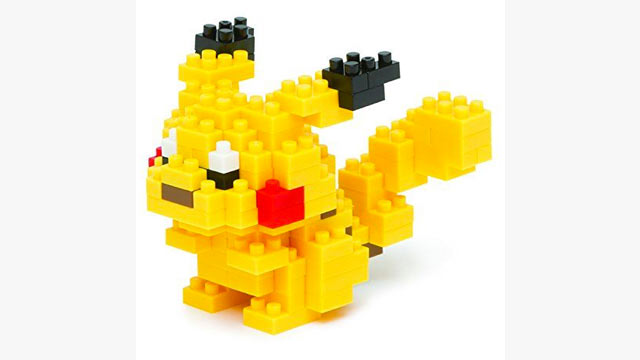 Snorlax is infamous for being a big, fat loveable goofball of a Pokemon, so of course there’s a deluxe-size Snorlax bean bag chair.

This thing is big, just like Snorlax itself, measuring almost 4 feet long, and 2 feet wide, so prepare to pay quite a bit for shipping on top of the hefty (sorry) price tag, making it a costly investment. 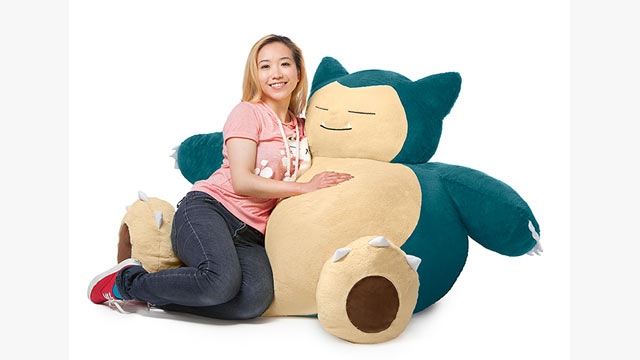 But, it’ll be totally worth it to see any Pokéfan’s face light up on Christmas when they unwrap this amazingly cuddly present.

In Australia, it’s available exclusively at EB Games, and goes on sale from January 1, so it’ll need to be a slightly late Christmas present. But one very much worth the wait!

Remember Pokemon Go? It was only the biggest breakout mobile game of 2016, despite being riddled with technical problems and a troublesome user experience.

Months after its initial release, following a sharp decline in popularity, Nintendo released Pokemon Go Plus, a wearable accessory that connects to the mobile game and allows you to play without having to use your phone. 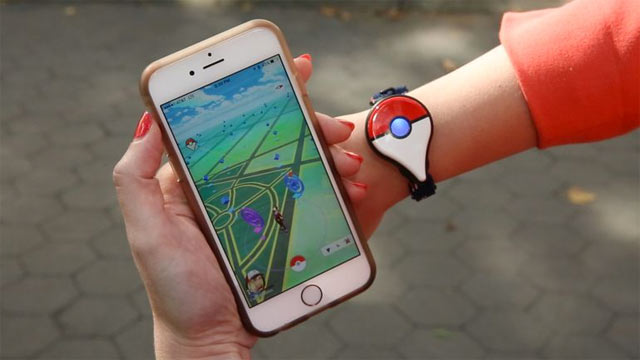 With the Pokemon Go developers making strides towards improving the game, and new Pokemon to catch, this fashionable wristband is ideal for someone who became swept up in Go fever.

Buy from EB Games Australia and other leading retailers across the globe.

Monopoly: the destroyer of friendships and lives, now with added Pocket Monsters.

For fans of the original games, or for anyone who loves Pokemon but wants to crush all the relationships they hold dear, then this special Monopoly edition is exactly what you need. 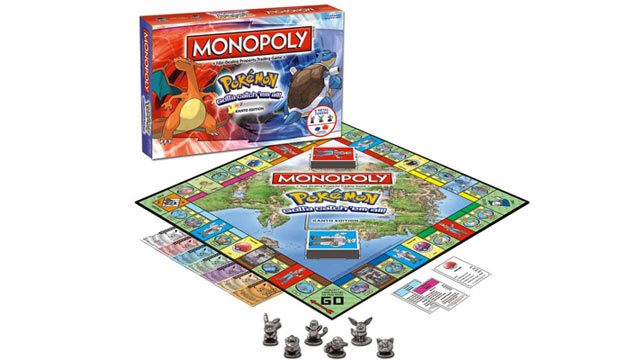 As with all themed sets of Monopoly, the board has been redesigned with Pokemon inspired names and artwork, and even features the original three starters – Bulbasaur, Charmander and Squirtle – along with Pikachu, Eevee and Jigglypuff as the metal playing pieces.

Available from EB Games Australia and all leading retails across the globe.

There’s no shortage of Pokemon related clothing available, and it would be near impossible to pick just one item to highlight among all others.

After all, clothing comes down to personal choice, so our pick would definitely be this inspired “Evolution” shirt. 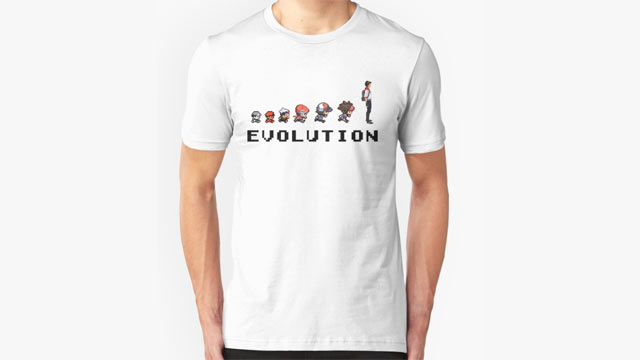 Available in multiple styles for both men and women, this shirt captures the 20 year legacy of the main games, and it’s not too overbearing with too much flash.

Of course that’s certainly not the only piece of Pokéclothing out there: with the popularity of the franchise booming in 2016, there’s plenty of choice out there. Don’t be afraid to look for something that suits your trainer’s personal style.