Remember when Saints Row decided it was a terrible quasi-serious GTA clone and decided to become a bat-shit crazy parody of open world sandboxes instead? That’s what Capcom Vancouver has done with Dead Rising 4, I suspect accidentally. Although instead of getting wild with core pillars of an overarching genre, it’s done it with its own series. By upping the ante across the board, Dead Rising 4 makes a mockery of what was once an exaggerated survival series and completes its transformation to full outrageous action slasher.

Such an indictment comes across harsh in the written word, especially for a series built upon blasting zombies with a circular saw-meets-propane tank concoction, wearing a snowman mask, humming along to some cheerful tunes – they’re Christmas themed here, but that’s about as far as the festive motif goes. The thing is, Dead Rising 4 doubles down on the lunacy, and forgets the rest. It makes for a super fun zombie-bashing romp that’ll leave your face sore from excessive grinning, but eliminates whatever fleeting glimpse of survival the series once held.

For starters, there is no countdown timer. It was already staring down the barrel of redundancy in Dead Rising 3, but there was still a six-day cycle that garnered some respect. Carelessly skipping side missions, I finished Nick Ramos’ story prematurely after just two of the allocated days had elapsed; but it was still in the back of my mind. Dead Rising 4 abandons any sense of urgency, which is strange considering the narrative wants desperately to evoke it. Removing the timer completely omits part of Dead Rising’s core DNA, but does allow players to fully explore and embrace optional objectives without fear of timewasting. 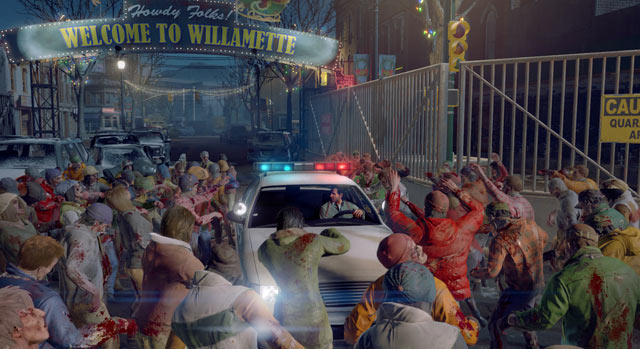 However, that unearths another conundrum; if you actually rescue all of the idiotic survivors and complete most of the side missions, 52-year-old photojournalist and returning original protagonist Frank West hits the level cap and becomes a beast during the later cases (chapters). This wasn’t a problem during previous instalments, as the panic of an unnerving timer is reason enough to abandon the more needy survivors. Even if you push through the main story, it’s evident this is the most overpowered Dead Rising yet. Within the first two hours, Frank finds himself inside an exo-suit dispatching enemy soldiers, which by virtue of harnessing similar tech, put up a much more dignified fight than the hapless zombies. These changes don’t make for a bad Dead Rising incarnate, but certainly ensure it’s an easier one.

Dead Rising 3 had the benefit of launching alongside the Xbox One as its flagship exclusive. We were blown away by the sheer magnitude of its ambition and the untapped power of Microsoft’s bulky console. There were no escapes through loading screens, and the sheer number of zombies was deeply astounding at the start of the generation. Jump forward three years, and we’ve been there and done that; it’s like an ageing rock star touring with a backing band who knows he was a pioneer, but is no longer the most talented one on the stage. The once unprecedented tech reprised in Dead Rising 4 is notable, but no longer feels special and doesn’t look that good.

For all the quarrels, Dead Rising 4 takes the zombie slaying mayhem to new heights. The combo weapons are devilishly delightful, and the mingled vehicles obliterate the mindless streetwalkers like the Death Star on Alderaan. In the thick of the action, Dead Rising 4 captures the essence of Frank’s original plight – blasting through a thousand zombies with an exo-suit and mini-gun forged from a raspberry slurpee machine is gloriously satisfying – and brings the story full circle back to its origins. 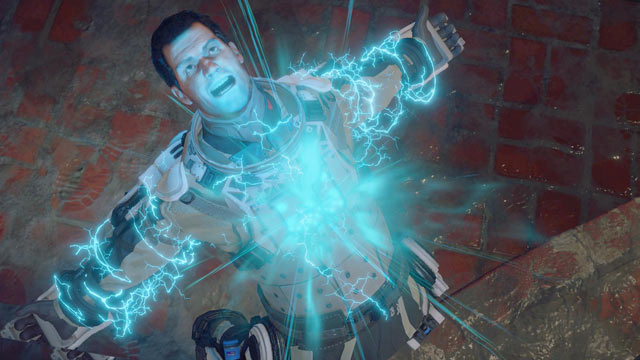 Dead Rising wasn’t just about a poor bloke stranded amidst a zombie outbreak, forced to rely on his cunning genius to craft impromptu weapons; it was about a journalist doing all of that, determined to get the scoop. We’ve been inundated with zombie games this decade, but not many of them feature a protagonist who wants to be there. Despite being middle-aged and somewhat hesitant, like Sean Connery begrudgingly agreeing to replace George Lazenby, the lure of getting the story sees Frank West caught up in the middle of yet another outbreak. The reporter-turned-lecturer is initially searching for a student, but the pull (and pay) of a big story still burns deep inside Frank. It’s a small yet crucial element that harkens back to classic Dead Rising, in a sequel that otherwise removes as much as possible to highlight the zombie murdering.

The gameplay hook of playing as a reporter is using Frank’s camera to search for clues; again, nothing new, but does enable a somewhat interesting tale for a fourth mass outbreak. There’s a glimmer of reasoning as to why previous antidotes and vaccinations are proving fruitless, with some sinister motivations behind it all, and those tid-bits mostly unravel from behind a camera. At the end of each case, Frank provides a brief recap as to what he’s learnt and witnessed, through his notes in preparation for the eventual story. Considering most gameplay is spent killing things or behind a camera that is tediously finicky about framing shots, these interludes are when the story is best consumed.

The biggest peeves of Dead Rising 3 return as if Capcom has no intention to improve on mediocrity: the objectives are repetitive and the goon encounters too frequent. Both core and optional missions follow the same path; usually get to point A to take some photos and use that information to be directed to point B, killing zombies along the way. Somewhere the goons will stand in your way, then a mini-boss fight might emerge. Optionally in between, Frank can venture off to help Mr. I-need-morphine or rescue incompetent survivors, so they can setup shop and sell you some hats; it’s a bit steep asking me for 2,000 dollary-doos for a basketball jersey when I’ve just saved you from 300 bloodthirsty zombies, Jordan. 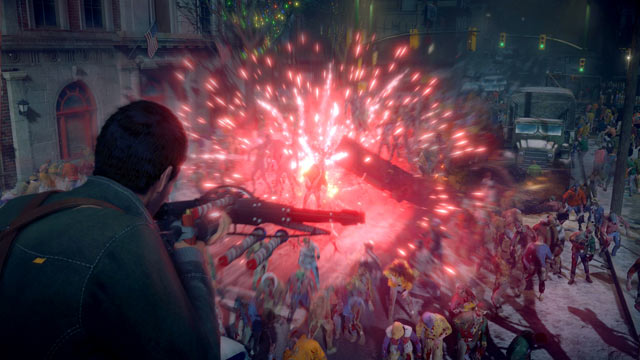 Rescuing plebs has been made easier by virtue of allowing them to make their own way to the nearest safe zone. Once you’ve cleared most of the zombies hampering their escape, they’re apparently fine to run past hundreds more unaided. It’s a little strange, but I’m not going to complain about the removal of needless escort missions. These mass zombie murders are where the glitches and rudimentary A.I. of Dead Rising 4 rise to the surface. I almost couldn’t clear a safe house because the last remaining zombie was stuck inside a wall and rendered invisible. When the final tally will fall somewhere between 10,000 and 20,000 zombie kills, plus thousands of goons, quality A.I. doesn’t really matter; Dead Rising 4 happily boasts quantity over quality, but glitches hampering killing efforts is problematic.

As in Dead Rising 3, gameplay to match the narrative starts to lose its way when Dead Rising 4 relegates zombie-punting to second fiddle. It regularly turns to human intervention by sending in the goons of Obscuris, the baddies, which are much more threatening than an entire horde of zombies. The human opponents frustratingly unleash a barrage of bullets from afar, ignoring the undead lingering around. They just don’t fit in the world properly. So much time is spent crafting powerful melee weapons to fight zombies, it’s weird to come under fire from soldiers – and it happens too often, as if the developers ran out of ideas on how to have an objective that isn’t “kill zombies” or “investigate the area”.

Dead Rising 4 returns the spotlight back to zombism much more frequently than its predecessor, thankfully. After most tiring encounters against a gaggle of goons, Frank generally stumbles across a new, more deadly form of zombie. Some are more powerful after recently being bitten, while others are seemingly genetically engineered. The celebrated wordsmith bestowed a particularly pesky mutation the “murder zombie”, before noting to conceive a better name in his final report.

Dead Rising 4 is basically Dead Rising 3 with crazier weapons, more zombies to decimate and the grand return of original protagonist Frank West – with gameplay that’s almost unrecognisable to his original tale. Capcom has put all its eggs in the ludicrous zombie slaying basket, which to be fair it mostly did with Dead Rising 3, and now that’s what the franchise has become. The survival elements of last generation have been retired in favour of extra mayhem. Part of me thinks it’s lost too much of the core pillars that make Dead Rising, but another part says I’m living in the past. Dead Rising 3 was a change in direction towards consistent action, so it’s no surprise Dead Rising 4 has fully committed to the new regime. If you’re ready to return as the original maniac zombie slayer to murder tens-of-thousands with grenades tied to a sledgehammer and vinyl records shot from a power saw, Dead Rising 4 delivers. Just beware it has narrowed its focus and has an unhealthy reliance on boring goon battles. 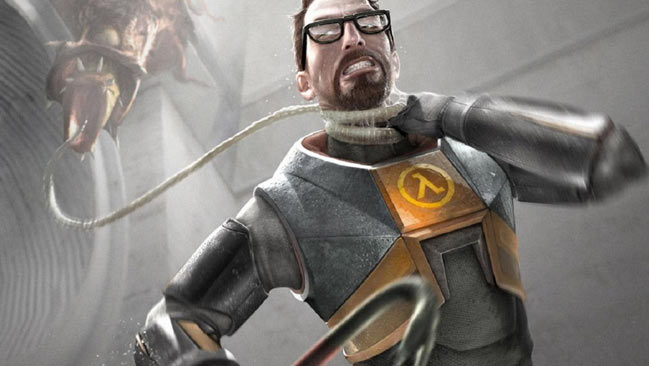